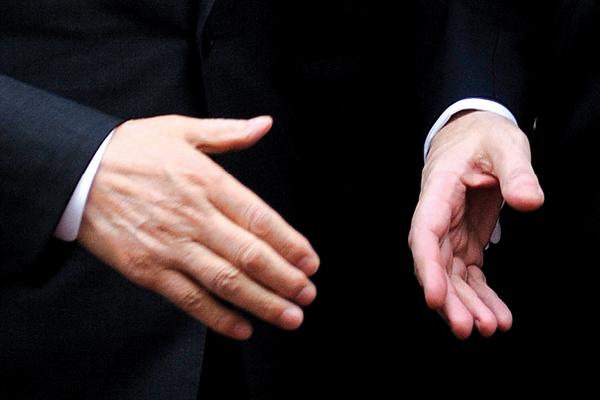 Investor-state dispute settlements (ISDS) clauses were initially used by companies investing in foreign jurisdictions to protect themselves from less robust legal systems in case incidents such as a coup occurred. Since then, they have arguably been used by said companies to unjustly get the upper hand, seeking more favourable outcomes when attempting to impose their will in a foreign jurisdiction.

As was highlighted recently during the annual Hong Kong Arbitration Week (Oct. 17 to 21), ISDS is a type of commercial arbitration that has been gaining notoriety in Asia Pacific. It is not new to the region, but has evolved of late to include many provisions and protections companies are taking advantage of.

“ISDS cases in or involving Asia Pacific are on the increase, across countries and across sectors,” says Brenda Horrigan, Herbert Smith Freehills’ head of international arbitration, Australia. This trend has become obvious across jurisdictions, points out Christopher Boog, partner and managing director at Schellenberg Wittmer. “Singapore has seen a growing number of investor-state arbitrations over the past few years, both in terms of investment treaty arbitrations being seated in Singapore and related proceedings being heard by the Singapore courts.” he notes.

It’s important to know what you’re getting yourself into for before taking the plunge. Before making any investment, companies should check whether there is a trade agreement or treaty providing investor protections such as ISDS between the host country and its home country. “If there is no such agreement, it is advisable to carefully structure the investment so as to guarantee such protection, be it by investing through a jurisdiction that has the required treaties with the host nation in place, or providing for an adequate contractual regime,” says Boog.

This type of protection is becoming more globalised. “As Asia-Pacific investors increasingly expand outside their domestic markets, they need the protections, and more countries are realising that,” explains Horrigan. This simply means that you’re more likely to come across a situation in which you are protected, but in no way means that said protection is a given.

This realisation, as Horrigan puts it, “is seen in the development of treaty provisions over the years. Countries once anxious to draft clauses that would limit actions against them are pushing for more generous clauses that will give their businesses the power to fight disputes overseas.”

Before looking at how ISDS disputes have evolved in the region, it’s important to understand why Asian investors are now increasingly on the offensive, and “are taking advantage of these provisions to protect themselves,” as Horrigan describes it.

On a global scale, ISDS has been incorporated into the Trans-Pacific Partnership (TPP) and Transatlantic Trade and Investment Partnership (TTIP) agreements. As such, their influence expands into the 12-member organisation that accounts for close to 40 percent of global GDP.

“Criticism of ISDS has affected international trade agreements that contain provisions for such mechanism of dispute resolution, such as TTIP or the TPP, leading to lengthy negotiations, talk of alternative dispute resolution models such as standing investment courts, and even public protests,” says Boog.

He continues: “What is worrisome is that the debate has been conducted on a very emotional and oftentimes very polemic level, with little regard to the facts – particularly the bigger picture of international investment – and the protections necessary to ensure that such investment takes place. The arbitration community as a whole has been slow to react, and some have recently voiced that it may be too late to defend ISDS.”

Boog also believes that the emergence of third-party disputes funding in Asian hubs such as Hong Kong and Singapore will contribute to the growth of ISDS as it allows parties to share the financial risk, and not just the impecunious ones.

ISDS has evolved and worked many of its predecessors’ kinks out, but it is not without controversy and drawbacks. “The criticism has mainly been focused on the existence of a perceived systemic bias in favour of investors and a lack of transparency, along with an alleged closed ‘club’ of arbitrators known for their views and being systematically appointed for these views either by states or investors,” claims Boog.

Moreover, he says that “the system has also been criticised for becoming a lucrative business, attracting those who want to benefit from its financial rewards.” This makes alternatives such as litigation and mediation seem more appealing, especially to governments. The Australian government, in particular, has frequently spoken out against ISDS for its bias against governmental institutions.

Regarding alternatives, Boog admits that mediation is often quicker than arbitration, but stresses that this is only in circumstances in which both parties comply with the mediated settlement, as if they don’t they have to start over again. Litigation can be faster as well, but it may could take multiple instances before a final decision is reached. But when arbitration is done in the right forum, says Boog, it could “provide a final award with very limited grounds for setting aside in one single instance.”

Furthermore, the advantages of arbitration include neutrality of venue for the resolution of disputes involving parties from different countries, flexibility as to choice of procedure, freedom of choice of arbitrator and the 150-jurisdictionenforcement of the New York Convention, according to Boog.

ISDS certainly has its imperfections, and in recent history its clauses have discouraged deals such as Australia’s potential bilateral trade agreement with Korea. And examples go beyond this, with 568 challenges made under ISDS clauses between 1993 and 2014 internationally.

Neutrality is a word often bandied around by arbitration advocates, but arbitration panels are often made up of people who double as panelists and representatives of investors, who are often paid by the hour. As such, they also benefit from cases that span years.

Companies can greatly benefit from ISDS, so being aware of the issues and ensuring protection from potential problems are imperative. In fact, according to Horrigan, these issues are so vital that “companies should be looking at ISDS protections at the structuring stage of an investment. These days, treaty structuring should be up there with tax planning.”