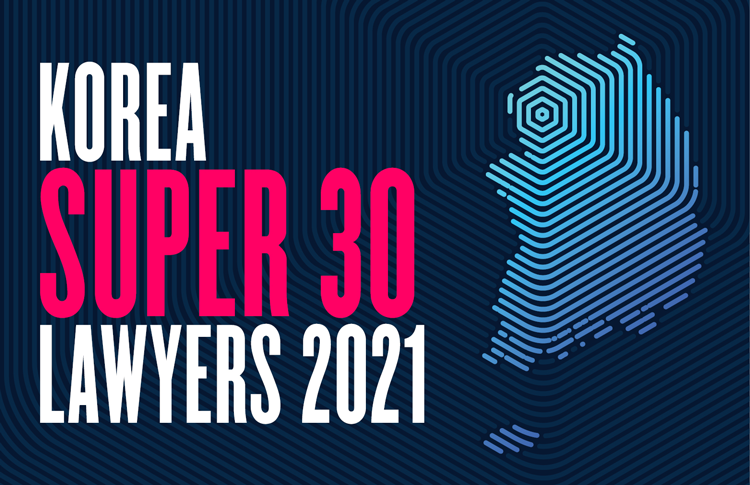 In its first Korea Super 30 Lawyers list, ALB spotlights standout private practitioners in the country when it comes to client service. These lawyers were selected based on client recommendations sent directly to ALB. Some of the lawyers have been profiled. 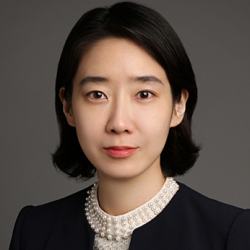 She has acted as a counsel and an arbitrator in international arbitrations under the SIAC, ICC, KCAB and UNCITRAL rules arising from a diverse range of commercial and corporate transactions including joint venture, intellectual property, media and telecommunication and construction.

Ahn also specialises in arbitration-related proceedings in courts and has represented both foreign and domestic corporations in seeking or resisting enforcement of awards, interim measures and injunctions.

Besides this, Ahn has also published on international arbitration and participated in the amendment of the International Arbitration Rules of the KCAB. She received her LLB and LLM from Seoul National University and also holds an LLM from Harvard Law School.

Shedding light on her approach to client service, Ahn says that her client service philosophy basically consists of five sentences. Talking about them, she says, “I respond as quickly as possible; I solve clients’ problems creatively; I actively listen to my clients; I personalise my client service; and I maintain a positive attitude.”

Ahn “has the talent to beat the other party gently but mercilessly. I guess it is because she grabs the case and knows all the details,” says a client. 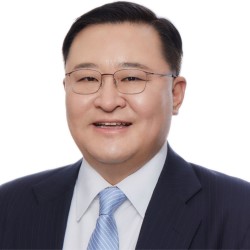 Bang, who is a senior partner at Peter & Kim, is an expert in international arbitration and litigation. He was named the Dispute Resolution Lawyer of the Year at the ALB Korea Law Awards, 2019.

He has guided his clients on various matters including representing POSCO in an arbitration (ICC, Singapore) related to the development of the $35-billion New Songdo International Business District, under development over 5.7 million square meters of land reclaimed from the Yellow Sea in the Incheon Free Economic Zone in South Korea.

Bang has also advised Mirae Asset and its affiliates in a US litigation arising from the termination of a $5.8-billion acquisition of 15 luxury hotels owned by China’s Dajia Insurance Group’s subsidiary.

Furthermore, Bang counselled Korea’s largest electric power company in a high-value arbitration involving over 20 different claims and counterclaims, arising from the construction of a major energy project in the UAE (valued at over $20 billion).

Talking about his approach to clients, Bang says that his priority is client satisfaction. “This means that client expectation, care and management are of paramount importance. To draw an analogy, if the client says “run,” the question should not be “why” or “when,” it is “how far” and “how fast.” Once transposed to the legal practice, I believe excellent client service entails responding to all the client’s needs to the best of my abilities by being proactive and offering solutions,” Bang says.

A client says: “John has great cross-examination skills and communicates the client’s position superbly to the tribunal and to us. He possesses superb oral advocacy skills and is tenacious in advancing and protecting our interests.” 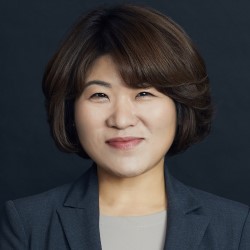 Kim, a specialist in international arbitration and cross-border litigation, leads the global dispute resolution team at Jipyong. She is experienced in private mediation and has negotiated more than 100 settlements of small and large scale disputes including class actions over her legal career. Kim is trained in U.S. litigation, and is closely familiar with civil procedures in other common law countries including England and Singapore, as well as civil law systems including Korea and France.

Kim, who has led numerous arbi-tral and court proceedings, was the lead counsel representing a Korean construction company in an interna-tional arbitration administered by SIAC against a Middle Eastern corporation. She also represented a Korean investment fund in a high-stake international arbitration administered by SIAC against a Southeast Asian multinational corporation.

Talking about her approach to client relationships, Kim says, “I approach each such client with the goal of forging long-term trust relations with the client and to become the client’s champion when it comes to dispute resolution. I believe that a zealous and successful advocate is someone who understands the client’s business inside and out and is willing to take on not just fees but also responsibility over the client’s legal affairs.”

Kim believes that her prior experience as an in-house lawyer as well as a journalist and international civil servant has equipped her with a keener understanding of clients’ needs and persuasive communication skills.

“She is sharp, responsive, hard-working, creative and very easy to work with - the strategies we present to the client are a joint effort, with us both contributing our experience and views so as to come up with the best options we can,” says a client. “This leads to the best outcomes.” 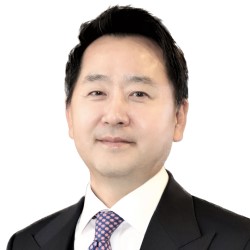 Kim, who has been in legal practice for over three decades, focuses on international arbitration. The winner of the Dispute Resolution Lawyer of the Year at the ALB Korea Law Awards 2020, Kim has been engaged in various matters.

He has successfully represented Incheon Metropolitan City (Respondent) in a dispute regarding the validity of the termination of a framework agreement for the development of a comprehensive project in the Incheon Free Economic Zone due to the claimant’s material breach of contract in failing to capitalise on the project SPC as agreed and in compliance with the legal requirements.

Kim continues to be engaged by the Republic of Korea as lead counsel to defend the Korean state in connection with investment treaty claims brought by Lone Star Funds in an ICSID arbitration. The aggregate amount in dispute is estimated to be in the vicinity of $5 billion. The parties are currently awaiting a final award from the tribunal.

Additionally, Kim is defending POSCO in an arbitration (ICC, Singapore) related to the development of the $35-billion New Songdo International Business District, under development over 5.7 million square meters of land reclaimed from the Yellow Sea in the Incheon Free Economic Zone in South Korea.

“Kevin Kim is a brilliant strategist and leads a case like no other,” says a client. Another adds: “He is energetic and has sound knowledge and an extremely professional approach to handling complex litigations.” 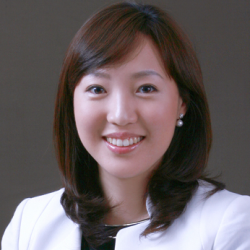 She advises many global companies in the ICT industry, including Facebook, Dell EMC, Agoda and Broadcom, on a diverse range of transactional and regulatory matters, including data privacy, telecommunications regulations and global restructuring projects.

Besides this, she advises top Fintech companies, such as Ant Financial, Stripe and Coda Payments, as well as traditional financial companies, on corporate and financial regulatory matters, data privacy, license and permits, cloud migration and e-commerce regulations.

Recently, Kim’s team and she successfully advised many companies in tackling various regulatory challenges in the process of achieving digital transformation.

Some of her long-term clients include global companies like Olin, nVent Thermal, Levi’s and Nielsen.

Kim is the co-chair of AMCHAM’s ICT Committee. She has also served as an officer of the International Bar Association (IBA)’s Asia Pacific Regional Forum since 2015 and is currently a member of the advisory committee for the Financial Security Institute of Korea.

“Sun Hee provides timely, practical and comprehensive feedback on a variety of legal topics for which she has been engaged,” says a client. “She does an exceptional job of highlighting risks and offering solutions. For these reasons, I look forward to continuing to work with her.” 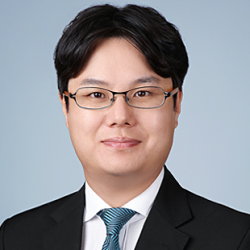 A partner at Yulchon, Lee focuses on corporate and finance, and labour and employment matters. He has been appointed by the Ministry of Justice as a member of the Legal Advisory Group for overseas expansion of small and medium enterprises, and by the National Assembly as an advisor on labour law and industrial health and safety law.

Lee has been a part of various important deals. He has represented multinational companies with respect to their CBA/wage negotiations, directly attending and helping to conduct the negotiations on their behalf. He has also advised some clients on illegal dispatch issues.

In addition, Lee has conducted restructurings including collective layoffs for multinational companies and representing them in related legal disputes. Lee has also represented major companies in disputes with their labour unions before the Labour Relations Commission and in court.

Lee says that his strength lies in the broad scope of his work and diversity of his clients. “As a Korean lawyer with proficiency in English and Japanese, I have spent my career serving many renowned multinational companies, as well as most of the big Korean conglomerates,” he says.

He adds: “My experience lies not only with traditional labour law issues, but as a risk management expert covering workforce-related compliance issues (particularly handling sensitive internal investigations and regulatory issues) and defending clients and their executives in criminal prosecutions.”

Clients of Lee say that his passion and dedication towards each case is what makes him different from other lawyers.

“Jungwoo is very passionate about his work and takes an active attitude. He constantly asks questions and contemplates various ways. He does his best

not to miss anything small. He consistently explored and tried for reference cases and produces good results,” says a client. 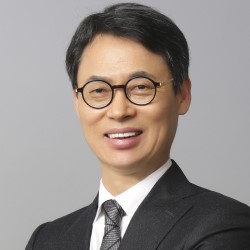 Lee, who is the managing partner of DR & AJU LLC, joined the firm in 2010. He ascended to the leadership role in 2018. He specialises in tax construction/real estate criminal, civil litigation & arbitration and administrative claims, and is a member of the Korean Bar. He was earlier a judge of both the Seoul Central District Court and the Seoul High Court.

Lee has advised on numerous tax matters, many of which are of national significance.

With regards to his approach to clients, Lee strives to deliver legal solutions tailored to each client’s needs. Among his accolades, Lee was named as one of the “12 Lawyers of the Year 2020” by the Korean Bar Association.

Besides this, Lee has held various judicial positions during his 20-year tenure as a judge, one of which includes serving as a research judge in the tax division of the Supreme Court.

He has also served as an assistant investigator and spokesman to the special investigation team for the high-profile scandal involving former President Park. His service as a former member of the National Tax Service’s Statutory Interpretation and Deliberation Committee adds to his domain knowledge in tax law.

Lee “studies all the details and all aspects of any dispute very thoroughly and is very sincere in his approach,” says a client. “He is also very knowledgeable and very much up-to-date on the subject.” 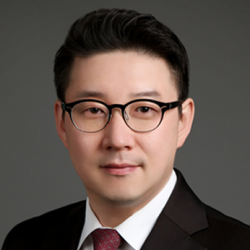 Lim is a partner in the IP & technology practice at Yulchon, where he serves as the team leader of new industry IP team which concentrates on providing legal services in cutting-edge technologies, including information technology (IT) and biotechnology (BT) companies. He was also named in the ALB Asia 40 under 40, intellectual property lawyers 2017.

Among his noteworthy cases, Lim, in 2021, defended Toolgen in a criminal case involving genetic scissors tech-nology (Related to crispr-cas9, a tech-nology awarded the 2020 Nobel Prize in Chemistry) and obtained a decision of not guilty. He also represented Samsung Electronics as trademark right holder and successfully closed a case involving trademark infringement through repro-duction of D-RAM semiconductors.

Furthermore, Lim advised Hyundai Motor Company/Hyundai Engineering and won cases involving trade secret, and claim for compensation for damage arising from unfair use of others’ ideas under the Unfair Competition Prevention Act, as well as counselled POSCO in its patent litigation victory against Nippon Steel at the Patent Court.

Lim utilises his background in engineering and technology, and with open and efficient communication channels, he tries to understand how the client’s technology and industry relates to the legal issues faced by the client.

Lim is “a trusted lawyer, supporting clients to protect their business and their innovations through his enthusiasm, suggestions, and considered opinions based on his experience,” says a client.