The Malaysian legal industry has been seeing young lawyers making their mark in the market by setting high standards and achieving results for their clients. In this annual list, ALB spotlights lawyers 40 years of age who are doing high-quality work, and in the process earning accolades from their colleagues, superiors and clients.

The list is in alphabetical order and two of the lawyers have been profiled. 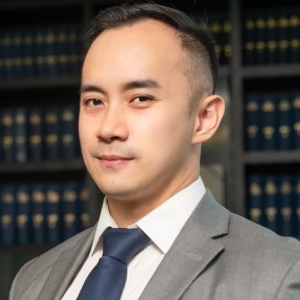 Some of the signiﬁcant matters that Jian has advised on include representing one of the Big Tobacco in a series of actions before all levels of Malaysian Courts, successfully defending its interests in the multi-jurisdictional dispute and against a $2.5 million counterclaim.

Together with partner Bahari Yeow, Jian also assisted an Indonesian public-listed food and beverage giant in obtaining a Trade Description Order for a parallel import situation, which was a ﬁrst in Malaysian history. This is a reported judgment as it involves the novel point on interpretation of the provisions in the Trade Descriptions Act.

Additionally, Jian represented the largest telco and broadband provider in Malaysia in the biggest intellectual property case in its history. The case pertaining to cross-jurisdictional trademark issues against an American tech company was decided in favour of the client, also one of the largest government-linked companies in the country, including a permanent injunction.

Besides these, his local clients range from startups to listed conglomerates, automobile makers, various statutory bodies, and the Government of Malaysia.

Jian also sits as an IP committee member on the International Chamber of Commerce (Malaysia). 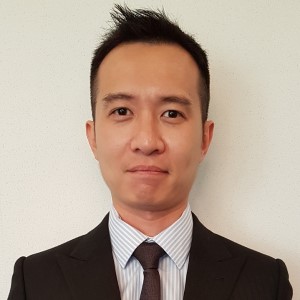 A lawyer for 11 years, Jerry has been a partner at Adnan Sundra & Low since 2017, specialising in banking, ﬁnance and capital markets.

He has worked on ﬁnancing deals comprising a variety of structures, including perpetual securities, asset-backed securities and project ﬁnancing in both conventional and Islamic forms and was involved in the early Murabahah trades done under the Burse Suq al-sila’ (BSAS) commodities trading platform.

Jerry counts many significant deals under his belt, having acted for Hong Leong Investment Bank on a 1.1 billion-ringgit ($266 million) issuance under an asset-backed securitisation program related to Queensbay Mall, Penang, by Special Coral Sdn and Bank of Tokyo-Mitsubishi UFJ (Malaysia) in relation to issuance of medium-term notes, under an asset-backed securitisation program valued at 20 billion-ringgit ($4.84 billion) with AEON Credit Service and CIMB Bank as originators.

Recognition of Jerry’s expertise, include the Best Structured Finance Sukuk from the Asset Triple A Awards in 2017 and the Structured Finance Deal of the Year from Islamic Finance News (IFN) Awards for his work on the pioneering Skyworld Sukuk Programme. That same year, another transaction lead by him was awarded IFN’s Commodity Murabahah Deal of the Year for Danajamin Nasional’s inaugural Sukuk issuance. In 2018, IFN awarded the Perpetual Deal of the Year award for Sunway’s 85-billion-ringgit perpetual Sukuk programme which he played a key role.