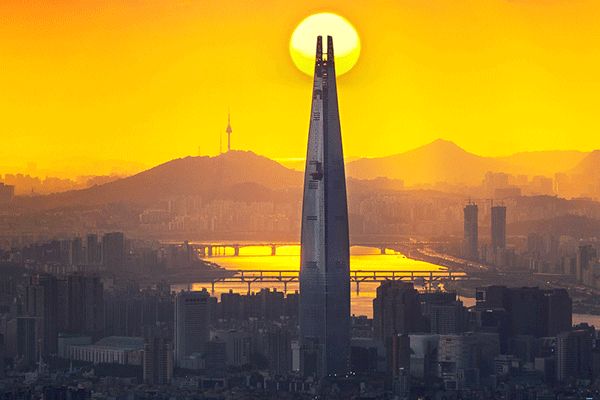 While Hong Kong and Singapore have so far dominated international arbitration cases seated in Asia, South Korea has been significantly strengthening Seoul’s position as a serious option.

The top international arbitration venues in Asia might be Hong Kong and Singapore, but Seoul, South Korea’s capital city, has recently been making notable progress to compete with the two venues for cases.

Since establishing the Seoul International Dispute Resolution Centre (SIDRC) less than five years ago, Korea has been busy making a case for pursuing arbitration in Seoul.

KCAB even issued a new Code of Ethics for Arbitrators in the same year. “Korea is doing almost everything it can,” says Lee Young-seok, SIDRC’s secretary-general and an international dispute resolution partner at Yulchon. “Korea has been amending its rules to bring it on par with the international trend. In addition, the country is making itself better known to the world, holding many seminars, lectures and conferences overseas.”

For example, the KCAB, which opened branch offices in Shanghai and Los Angeles, staged several promotional events in China last year and has also taken its road show across the globe. The organisation has held promotional events in Asian countries like Vietnam, Indonesia, Mongolia and Japan, as well as in the U.S., Germany and Austria.

In addition, Korea’s Ministry of Justice (MOJ) took over the role of overseeing KCAB from the Ministry of Commerce, Industry and Energy last year. The MOJ has been more active in supporting the institution and also plans to provide guidance in the form of “Basic Plans for Promoting the Arbitration Industry” every five years.

Hong Kong and Singapore also possess all of these attributes, but they’re common law jurisdictions. Korea, in contrast, has a civil law legal system. As Christensen explains, “For parties from civil law jurisdictions, this translates into a higher degree of familiarity and comfort with the local courts and legal framework, which for some parties and counsel could be a decisive consideration.”

Lee Jun-sang, a partner and co-chair of international arbitration and litigation practice group at Yoon & Yang, agrees, adding that the country has also received significant influence from common law, which allows for a “harmonious understanding of both systems of law.” He adds, “Korea can be an alternative seat of arbitration for the parties of civil law countries in the Asia-Pacific and other parties in common law jurisdiction which have business relationship with civil law countries.”

SIDRC’s Lee cites another advantage for Seoul: its geographic location. Not only is Korea between two of the region’s largest economies – China and Japan – but it’s also not far from Southeast Asian countries, putting Korea almost at the centre of the triangle.

Unlike Hong Kong and Singapore, Seoul will always have a steady supply of cases as Korea has many clients based in the country, allowing the centre to use it as a base for building up case load, in addition to soliciting cases from abroad. “Korean companies are a constant source of sufficient cases,” says Lee. “So we already have a basic case load to start with, and on top of that, we are trying to build up international cases.”

Korea is not without disadvantages. For one, Korea lags far behind in English language skills, especially compared to Hong Kong and Singapore.

“Since English is not an official language, there were some inconveniences related to the administration of arbitration proceedings,” says Yoon & Yang’s Lee. “However, with the recent increase in the number of legal experts and staff members that use English comfortably, many of the difficulties previously associated with language barriers have been overcome.”

Some commentators outside Korea have previously voiced concerns over the independence of Korean courts. They have pointed to cases like the Seoul Southern District Court’s decision to not enforce an arbitration award against KT Skylife, a state-owned company, back in 2013. The courts also refused to enforce an award won by Lone Star Funds, a Dallas-based company.

He continues, “While such concerns are not warranted in the experience of this observer, the Arbitration Promotion Act seeks to address such concerns by ensuring the independence and autonomy of arbitral institutions.”

Seoul does hold a place as a viable option for arbitration, but can it really surpass Hong Kong or Singapore as a top international arbitration centre in Asia?

It is probably unrealistic to expect that, contends Christensen, and perhaps that is arguably not even the right objective. “Rather, the goal should be for Seoul to become the most reliable and attractive international arbitration centre that it can be without regard to other competitors,” he says. “In my view, Seoul is already a safe seat and attractive venue for international arbitration hearings but there is still considerable room for improvement.”

SIDRC’s Lee agrees that it’s difficult for Seoul to be on par with Hong Kong and Singapore in a very short period of time. “But, if you recall, Singapore was not that popular about 15 years ago. In about 10 years, who knows what will happen?”