The clock is ticking 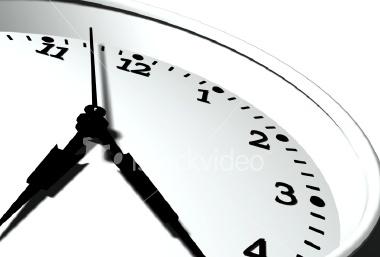 The strengthening of Indonesia’s regulatory framework through the introduction of a corporate governance code and consumer protection reforms has made legal compliance a challenging task for financial companies. An impending deadline to achieve these goals is adding
to the anxiety of several in-house counsel, finds Raghavendra Verma

“OJK requires that insurance customers should be made to understand the terms in the policy contract three times, before, at and after signing of the agreement,” says Rista Manurung, legal and compliance director at Sun Life Financial in Jakarta, “Do you really read your policies, do you really read all the small print?”

Manurung is also critical of the requirement to disclose cost details of acquiring a customer such as agent and bank commissions.

The good corporate governance code needs to be complied with by August this year, when the insurance companies have to make sure that half of their commissioners are independent, and they must chair the audit and risk committees.

Furthermore, Manurung says: “We have to create a summary of the products, including information on benefits, risks, costs and other important clauses.” Marketing documents would end up being much longer than the present version, she says.

The magnitude of the work is indeed large. “There are additional procedures, processes and reports that need to be submitted with OJK,” says Manurung, “Sun Life in Indonesia has about 60 insurance products, and the policy contracts for all of them have to be reviewed and amended before submission to OJK.”

According to Manurung, there are about 50 life insurance companies and 80 general insurance companies in Indonesia. “If they have 30 products each, just imagine how many products applications and amendments would OJK receive,” she says, “We have not yet even talked about the securities companies, pension products, and leasing and bank products.”

OJK will have to review each of the policy products to ensure that all the regulatory requirements are complied with. These, according to Manurung, include proper disclosures related to the products and the use of language that forbids drawing of one-sided conclusions and rights. Common sentences found in policy documents, according to her, include “The customers shall comply with all requirements issued by the insurer from time to time, or in the conflict of interpretation or a different interpretation of a clause - the insurer has the right to decide which of the interpretations is right.”

In-house counsel are becoming busier due to the new regulations, she adds. “In addition to [checking] what goes in the contracts, we also need to train and retrain our agents as per new OJK requirements,” she says, “All of this also increases our operational costs.”

Indeed, cost is a critical factor for companies that are financially weaker, according to Krisdianto Nugroho, general counsel, Asia Pacific for AIG Insurance. Non-banking financial institutions like small local insurance companies are, in particular, struggling to adopt them, he says.

Even the big companies are facing a tough challenge. On its part, Sun Life has formed a consumer protection team to undertake compliance-related tasks, and has created a regulatory taskforce along with a “CEO control database.”

“We monitor government websites that are relevant to our business and all the requirements that have to be complied with are added into this database to ensure compliance,” says Manurung, “We also have close relationships with officials in each of these government institutions.”

That said, Nugroho also praises OJK, saying that it has set high standards of administration that are now also being adopted by banks and capital markets. “OJK’s notable achievements include significantly increasing their public service quality, especially those related to reports, licences and permits administration,” he says.

According to Nugroho, OJK officials are very open and communicative with the public, which makes it easier for financial institutions to understand and meet its requirements. However, he says that the key issue for business is always its actual implementation.

There are critical issues that need to be sorted out before the regulations are properly implemented. According to Nugroho, OJK is yet to become very effective due to a shortage of staff. The same human resources crisis has also been plaguing the insurance industry, where demand has always outpaced the supply of locally educated professionals. “It means more workhours for us in-house counsel,” says Nugroho.

In Sun Life too, the dramatic increase in regulatory tasks has overburdened the existing manpower, says Manurung. “There are 11 professionals in our legal compliance and corporate secretariat department,” she says, “It is like a small law firm in a company.”

Focusing on the broader aspect of the need for new financial sector regulations, Manurung says that the earlier requirements of consumer protection law in Indonesia were not specific and clear enough to deal with evolving markets and specific matters in the financial industry.

According to Nugroho, to remedy the situation OJK is planning to increase its manpower resources in cooperation with some educational institutions. “It will provide special fast-track programmes on mandatory subjects for internal talent,” he says.

The specific challenge, according to Nugroho, will be to ensure the availability of local resources in certain mandatory positions including actuary and technical experts, which are currently closed for foreign nationals.

Such restrictions imposed by the Indonesian government due to a nationalist approach limit the ability of foreign investors to secure and grow their investments, says Nugroho. “There’s more and more restriction on the use of foreign workers in certain sectors like oil and gas,” he says.

Dispute resolution in the consumer-oriented financial sector is another area that needs urgent attention. Nugroho says that the consumer dispute settlement body, Badan Penyelesaian Sengketa Konsumen (BPSK), does not have the capability or capacity or even the integrity to resolve consumer disputes brought before them in a fair fashion. This, he says, is especially true for matters related to the financial sector and for BPSK branches in remote areas.

However, Nugroho says that the situation is improving with the help of industry-specific dispute resolution forums like the Indonesian Insurance Mediation Board or the newly established dispute settlement forum in OJK, in which financial businesses also have greater faith.

Manurung recommends the establishment of Standard Operating Procedures involving clear categorisation of complaints, matching responses, the documentation of all correspondence, and a formal escalation process. She also suggests setting up of an independent committee to assist this process by escalating sensitive complaints from regulators or through the media.

There are still many outdated laws and regulations in Indonesia, most of which were introduced during Dutch colonial era in the 19th century, says Nugroho. “At least the reforms in banking and capital markets are going to get a further push by the planned financial integration of ASEAN, though the challenges will still be there,” he says.

Indonesia’s banks and insurance companies are among the better prepared segments for the transition compared to other financing companies like pension funds, venture capital or other non-banking financial institutions, says Nugroho. “This big gap in the readiness between them is the biggest challenge,” he says.