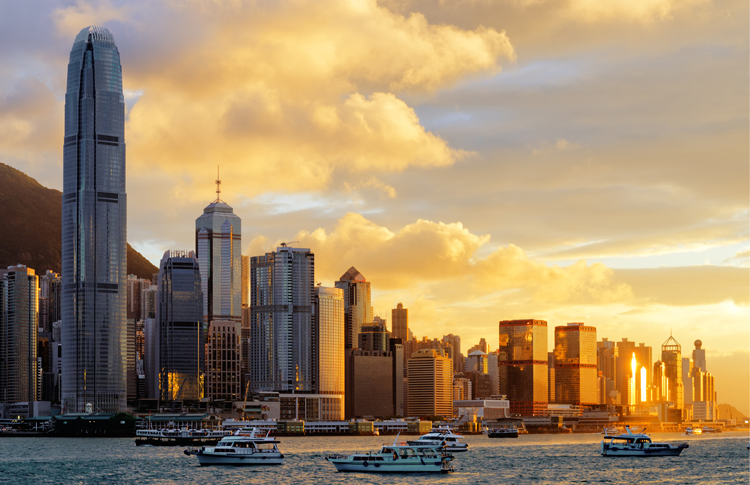 Despite a raging pandemic, in the first half of 2020, the Hong Kong IPO market outperformed last year, boasting 64 new listings with funds raised reaching $87.5 billion, according to PwC. Based on KPMG data, at the end of the third quarter, Hong Kong ranks third globally in terms of IPO fundraising and number of listings in the year to date. In part, this upward trajectory is due to the trend of U.S.-listed China-based companies carrying out secondary listings in Hong Kong, and this trend is continuing to gather steam.

Headlines suggest a healthy, and somewhat ground-breaking few months ahead. Even though China killed the hopes of Alibaba-backed fintech company Ant Group’s plans for a $35-billion simultaneous IPO in Hong Kong and Shanghai, Reuters reports that ridesharing app Didi is said to be weighing up a 2021 Hong Kong IPO valued at more than $60 billion.

As Chinese companies seek to hedge their positions with a secondary listing venue, concerned about the impact of U.S. regulators potentially imposing new rules that force the delisting of these firms, Hong Kong has emerged as “a natural place” to-do list, says James C. Lin, partner at Davis Polk & Wardwell.

But other aspects make the city an attractive harbour for such listings. “For one thing, they’re closer to their customer base,” says Lin, adding that this enables companies to be closer to the people “who use their products and understand their business.”

There’s also “a lot of liquidity in Hong Kong, including potential bene-fits from Stock Connect and southbound investor money” to consider, notes Lin. “In the end, secondary listings in Hong Kong has helped companies raise their profiles with investors closer to their home base and potentially an increase in their valuation. So those are number of reasons why you see a strong pipeline of Chapter 19C transactions.”

But, while it might these factors may work in Hong Kong’s favour, the traditional route for Chinese companies listing in the U.S. has not entirely slowed down — despite some ambiguity.

“There is still some concern around whether the U.S. government will implement rules that would eventually result in de-listings, and for some time companies hesitated and weighed different options, but we still see a lot of companies pushing ahead with U.S. IPOs and listings — this has been a record time for U.S. listings by Chinese companies, notwithstanding some of the regulatory headwinds,” Lin notes.

And even though the pandemic has slowed a lot of business activity to a crawl, the IPO markets in Hong Kong and New York are “generally quite busy,” says Lin.

“In Hong Kong, we have seen Chapter 19C HKEx secondary listings as well as a very strong pipeline of Chapter 18A biotech IPOs,” observes Lin.

Meanwhile, further afield in the U.S., notwithstanding the U.S.–China tensions and risk of financial de-coupling, “we’ve seen a very solid year of IPO listings by Chinese companies, but also Asian sponsors pursuing SPAC IPOs, one of the hottest trends in U.S. ECM,” Lin notes.

Since COVID-19 first hit and the financial markets showed volatility, the picture has improved, with the overall market “very robust,” says Lin.

There are a couple of reasons for this, among them is the relatively low yield for other types of investment, “so there is a tremendous investor appetite for equity, particularly in the growth areas of technology, such as biotech in Hong Kong,” Lin says.

“I think from the perspective of companies, there’s a real rush to capture the window because everyone understands that financial markets can be cyclical and that this is a very good time to raise capital because the markets are very receptive,” he adds.

This has led to restlessness from clients, who are eager to “get their IPOs done”, in part, due to concerns around what will happen next year with uncertainty and “concerns about global macroeconomic factors and lingering effects of the COVID-19 pandemic and whether that’s going to have a macro adjustment to slow down the markets, says Lin. “I think this combination of factors is leading to a lot of activity in IPOs and general capital raising.”

With the next year fast bearing down, these trends are unlikely to end anytime soon.

“Based with what we’re seeing in the market, and in the pipeline, we think there’s still a very strong interest,” says Lin.