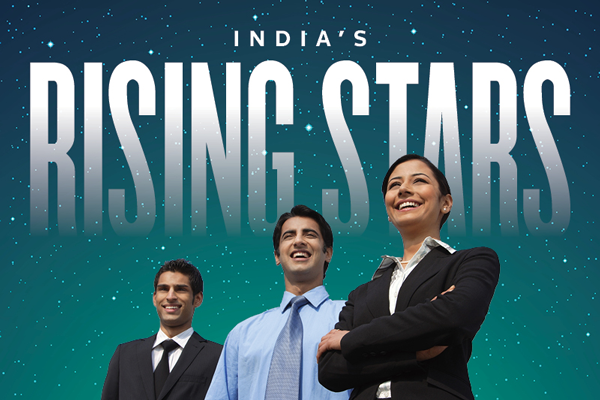 The world’s fifth-largest economy also boasts a thriving legal industry that is becoming more sophisticated as it handles a growing variety of complex legal work. And one of the most exciting aspects of it is the younger generation of lawyers, driven and confident, who are helping to shape the industry for the next few decades. ALB profiles fifteen rising stars – ten from private practice and five from in-house – in India’s legal market. 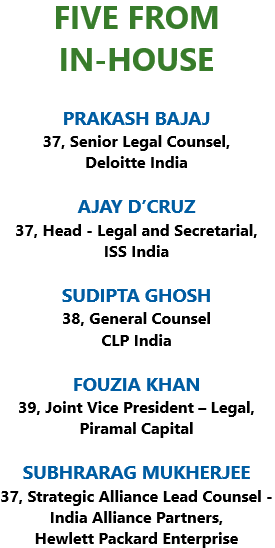 Bhargava focuses on joint ventures, acquisitions, labour and employment, real estate, aviation and healthcare. He advises clients in diverse industry sectors including manufacturing, fashion, retail, hospitality, media, aviation, medical devices, oil and gas, pharmaceuticals, services, real estate, telecommunications and infrastructure. Among his noteworthy deals, Bhargava advised a Swiss company engaged in the business of manufacturing textile machinery across the world in connection with the divestment of its shares in four Indian companies as part of a global business sale to a China-based group; and advised a fashion house from Spain in connection with its joint venture with an Indian listed company for the purpose of single-brand retailing of branded products in India. “Vikram has been advising us since the setting up of our company in India,” says a satisfied client. “He has deep knowledge of the medical devices sector and I have personally found his services to be highly professional and efficient.”

A specialist in PE/VC, M&A, corporate advisory, joint ventures and media, Burman was featured in Asian Legal Business’ 40 Under 40 list for 2018. Before founding Vertices Partners in 2016, Burman worked at the legacy Amarchand & Mangaldas & Suresh A. Shroff & Co, and then at Economic Laws Practice, where he led the private equity practice. Over a 15-year career, Burman has been involved in numerous deals Aavishkaar Bharat Fund’s investment of 400 million rupees ($5.6 million) in Camions; Fitternity Health E-Solution’s Series A funding round worth approximately 300 million rupees from Sixth Sense Ventures; and NoBroker Technologies Solutions’ $51 million Series C investment round from General Atlantic Singapore Fund, SAIF and BEENEXT. But according to Burman, his “most significant achievement from a career perspective was to set up Vertices Partners. In a short period since its inception, Vertices has already ranked in the Top 10 Law Firms of the country in the PE /VC practice.”

Having started her career at the legacy Amarchand & Mangaldas & Suresh A. Shroff & Co, Garg is now a partner at SAM, specialising in banking and finance, debt capital markets, regulatory and corporate advisory. Her practice focuses on financing, regulatory as well as foreign exchange advisory matters. Garg’s practice spans in three different practice areas: While she is primarily a banking and finance attorney, she also has extensive experience in debt capital markets as well as digital payments and FinTech, advising clients on equity investments in the FinTech space. A core member of the firm’s FinTech practice, Garg has been instrumental in setting up and developing a digital & payments practice in the Firm. Additionally, she was a key member of the SAM team that prepared the legal framework to be proposed by the Shasakta Committee (constituted by Reserve Bank of India) to the Ministry of Finance to set up a digital asset trading platform for trading of stressed assets and NPAs.

Nag heads IndusLaw’s energy and infrastructure practice. He has acted on numerous deals in power, transport, e-mobility, oil and gas and PPP/PFI sectors. He is also an expert in M&A and investments in the energy and infrastructure space (with special focus on energy and transport sectors). Nag has also advised various developers, investors and multilateral agencies on a range of matters involving drafting of project development contracts, operations contracts, off-take arrangements, PPP and concession structuring, and regulatory issues.

Since the time Nag joined IndusLaw, the firm’s energy, infrastructure and natural resources practice has been nominated in 2017, 2018 and 2019 as Energy and Resources Law Firm of the Year (India) at the ALB India Law Awards and ALB SE Asia Law Awards. With nearly 14 years of experience, Nag has worked with some major clients including Canadian Solar, GE Renewables, Tata Power, British Petroleum and India Power Corporation. A client of his calls Nag “a great lawyer who is very pleasant to deal with.”

Pangarkar, whose practice areas include dispute resolution, white-collar crime, restructuring and insolvency and general corporate advisory, joined MZM Legal as an intern, and was promoted to partner within three years of starting practice. In January 2019, he was promoted as the youngest senior partner at the firm. Among other work, Pangarkar has represented the board of directors of Tata Sons in a criminal defamation case filed by Nusli Wadia; Punj Lloyd in a domestic arbitration case against ONGC where the claim was approximately 1700 billion rupees; and Essar Shipping in an arbitration execution proceeding for an award of approximately 340 billion rupees against SAIL. “Waseem is a dynamic and knowledgeable lawyer with great skills and attitude. His work to perfections gives him edge over the other lawyers we have worked with in past,” says a client. “He is also, a passionate person for whom client’s satisfaction is paramount.”

Sahni is an intellectual property counsel with expertise in trademark prosecution, litigation, arbitration and commercial mediation. She is one of the few – perhaps only - IP lawyers in the country to have been appointed as a panel counsel for the Indian government. Formerly attached to the chambers Advocate Jasmeet Singh, Sahni has represented various clients in negotiating settlements through alternate dispute resolution in complex IP disputes involving issues of licensing, royalty and infringement. She is a member of the Government Officials Training Committee and Expansion sub-committee of the International Trademark Association since 2018. Sahni has acted in numerous cases, one of which was representing Aditya Birla Fashion and Retail (ABFRL) in civil litigation over the infringement of its well-known trademark Peter England. Some of her other clients include Arrow Electronics, BlackRock and Danone WhiteWave.

With over a decade of experience specialising in labour and employment laws, Swarnima is the first port of call for many of the Trilegal's clients seeking advice on employment matters. She has worked with both domestic and multinational clients on a wide range of employment matters. These include restructuring senior management contracts and remuneration policies, advising on effective management of employee exits, handholding through complex large-scale redundancy exercises, advising on strategy for sensitive senior management exits, employment disputes and litigation, as well as investigations and inquiries arising from employee misconduct/white-collar crime. She also assisted clients through disciplinary inquiries, reorganisation and closure of their businesses in India, as well as on trade union-related issues.

Besides this, Swarnima also set up a specialised workplace sexual harassment advisory practice within the firm. She laid the foundation for this even before the Sexual Harassment of Women at Workplace (Prevention, Prohibition and Redressal) Act, 2013 was brought into force, by engaging on the issue with officials at the Women and Child Development Ministry.

Tandon’s firm Tandon & Company, which was launched in 2007, was nominated for the TMT Firm of the Year and IPR Firm of the Year at the ALB India Law Awards 2019. With 16 years of practice experience, Tandon specialises in telecommunication, media and technology, insolvency and bankruptcy laws, and banking laws, private mergers and acquisitions, dispute resolution with an emphasis on intellectual property. He has considerable experience in handling IP litigation and prosecution matters relating to trademarks. He has represented several national and international companies including Sony Media Distribution, Bennett Coleman and Company, Star India, Viacom 18 Media, Flipkart and Just Dial.

During his career, Tandon successfully enforced and injuncted (through court) the word ‘Times’ & ‘Now’ for his client Bennett Coleman And Co. He also successfully handled and argued cases related to the release of the film “Jodha Akbar,” which sought a ban on the grounds of distorted history.

Verma, who has been with JSA for more than 13 years, has been a part of several cases in the aviation and power sectors since 2007. Having received appreciation from several fora, including the Supreme Court for her preparation, knowledge and submissions on complicated issues in the aviation sector, Verma was invited to the equity partnership at JSA the age of 34 years. Additionally, she engages with policymakers and lawmakers in the power and aviation sectors to provide inputs regularly. “I have witnessed Poonam taking up challenging issues with ease and confidence not only in the board rooms but in the courtrooms too,” says a client. “She comes prepared, equipped with the in-depth knowledge of the subject and carrying a very pleasant aura around her, which helps in creating the environment conducive to achieve the desired goals. [Verma] is sagacious and assiduous at the same time and along with her unbiased views any matter in hand seems possible.”

Zota, who has more than 13 years of legal experience, is a corporate M&A/PE lawyer. She has been a part of major deals such as when she advised Unilever on the $3.2 billion voluntary open offer to increase its shareholding in Hindustan Unilever. She led her team on KKR subsidiary Avendus Capital’s acquisition of an asset management company in the UK and investment manager entity in India.

Additionally, Zota spearheaded learning initiatives and developed and designed an induction and training program for recruits to integrate them with the firm and provide them with a snapshot of the legal regime on a variety of topics. “Shruti has combined a methodical, energetic and efficient approach to matters with a clear analytical mind and sound judgement to deliver quality and timely results on matters I have worked with her on,” says a client.