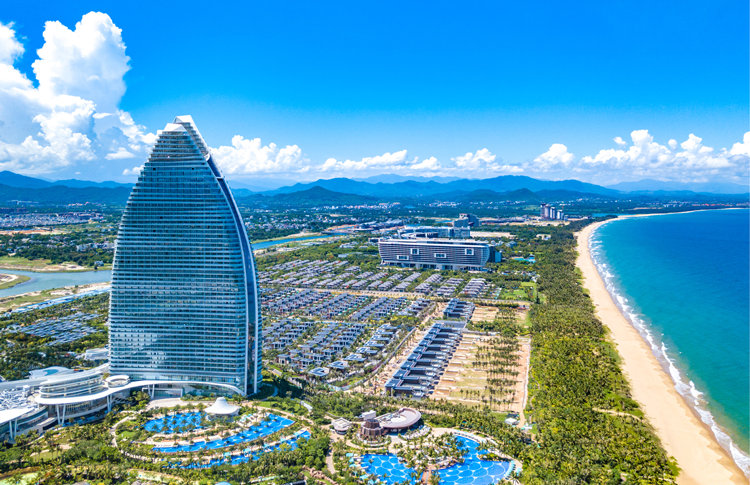 China recently unveiled a plan for the construction of the Hainan Free Trade Port, which aims to turn the island province into an open, world-class free trade port by the middle of the century. And as a series of reform measures involving customs, taxation and systems are rolled out, law firms are gearing up to service clients taking advantage of Hainan’s new status.

In 2018, Hainan Province celebrated its 30th anniversary of becoming a special economic zone of China. At that ceremony, President Xi Jinping announced that the central government would support Hainan in the construction of a “pilot free trade zone” spanning the island, which would gradually become a “free trade port [FTP].”

Two years later, Hainan’s FTP dream is becoming a reality. On June 1, Hainan’s FTP Plan was released. “Different from the other 17 free trade zones in China, the Hainan Free Trade Zone has a two-phase goal at the beginning of its establishment," Wang Peng, partner at King & Wood Mallesons, tells ALB. "A free trade port is the continuation of a free trade zone, but they are substantially different in terms of the opening up degree, business environment, and legal system."

"The Hainan free trade zone plan, which was introduced in 2018, contains no impressive new policies, apart from the remarkably large geological area of the island province. Back then, Hainan faced two major problems: the absence of legal system guarantees and the lack of talent," Huang Ningning, managing partner of the Shanghai Office of Grandall Law Firm, points out.

According to Wang Yao, partner at the Sanya office of KWM, the Hainan FTP Plan is inspired by two places - Hong Kong and Singapore, which are international free trade ports.

In her view, a free trade port involves a wider range of businesses. "It is not limited to the trade of goods and capital investment, but focuses more on the trade of services, as well as culture, education, agriculture, tourism, healthcare, and other fields," says Wang.

The construction of the free trade port also means that the systems will be updated at the same time. "To be a region with the highest opening-up level in the world, it needs to make a series of special policy arrangements in terms of market access, financial system and taxation. The biggest difference between a free trade zone and a free trade port is that the former focuses on the opening up in the exchange of goods, while the latter opens up in all aspects," Wang adds.

Neither the term "special economic zone" or "free trade zone" is new to China. According to a report, there were more than 5,000 "free trade zones" in various forms in the world in 2019, and nearly half of them were in China.

But the FTP Plan has attracted much attention from both inside and outside China because the plan includes many policies that have exceeded expectations, increasing the degree of opening up of Hainan to a level unprecedented in China.

Among the many new policies, which ones are the most noteworthy? Lawyers refer to three most important points.

First of all, in the future, Hainan will implement a island-wide special customs clearance operation, which is a brand-new model that does not yet exist in China. Under that, Hainan will implement an import and export administration system featuring "first-line liberalization and second-line control,” says Wang. "First-line liberalization" means that most goods imported into Hainan FTP will be exempted from import tariffs, except for those falling within the list of restricted imports.

Meanwhile, "second-line control" means the establishment of a new administration process between Hainan and other regions of China, adds Wang. For example, when imported goods enter the mainland from Hainan, procedures must be completed and taxes paid according to import regulations.

Secondly, it is worth noting that the special tax system arrangement includes zero tariff, low tax rate and a simplified tax system.

"The greatest highlight of the FTP Plan is promoting the formulation and implementation of the Hainan Free Trade Port Law," Wang comments. "Looking at the world famous free trade ports, such as Hong Kong SAR, Singapore and Dubai, they all started the operation of free trade ports with legislation, and set up the legal framework and foundation for the areas, thereby facilitating the rapid developments."

Special policies for Hainan are hardly new. In the late 1980s Hainan was designated as a "special zone province;" in 2010, it became an "international tourism island.” These came with a raft or preferential policies, but the island was not able to take full advantage of them. In particular, favourable policies resulted in a real estate bubble, which eventually burst.

Even if we ignore its over-reliance on real estate, according to the latest data from the National Bureau of Statistics, the GDP of Hainan Province in 2018 was 483.2 billion yuan ($69 billion), fourth-lowest in the country, and barely one-fifth of that of the city of Shenzhen in neighbouring Guangdong Province.

However, with the promulgation of the FTP Plan, Liu Cigui, Party chief of Hainan Province, says that Hainan will not be "a processing plant for property projects.”

Where will Hainan's industrial development head in the future? Jiang Dan, director of the Hainan office of Grandall Law Firm, tells ALB: "The FTP Plan sets forth clearly that Hainan will build a modern industrial system, which mainly refers to tourism, modern services and high-tech industries."

Luo Ai, partner at KWM, provides more details: "In terms of tourism, with the focus on the construction of an international tourism consumption center, it will promote the deep integration of tourism and culture and sports, healthcare and elderly care; regarding the modern service industry, efforts will be made to promote the integrated development of ports, industries, and cities, and to build an internationally competitive marine service system; and the development of the high-tech industry will focus on the Internet of Things, artificial intelligence, blockchain and digital trade."

In addition to the new industries, the real estate sector will not be ignored, Jiang points out. The key lies in sustainable development.

As Hainan begins on its road to development, lawyers are gearing up to assist clients in taking advantage of this new status. And the openness enshrined in the FTP Plan extends to the legal market as well.

"The central government gives Hainan unique policies. Hainan has and will surely become the 'test ground' for the business models of law firms in China.”

Last October saw the promulgation of the Regulations on Lawyers in the Hainan Special Economic Zone, which indicates "the prelude to the reform of the legal sector in Hainan. The regulations nullify a decade-old rule, according to which law firms from outside Hainan are prohibited from setting up branches here, and lawyers from Hainan Province are prohibited from setting up new law firms in Haikou or Sanya," Du Ning, partner at the Haikou Office of KWM, tells ALB.

The regulations have led to tremendous changes in Hainan already. On June 5, a ceremony was held in Hainan to issue certificates to law firms that have either established or opened offices in the province. Over the past ten months, 57 law firms have opened offices or set up in Hainan, and among them 41 have the capability of providing foreign-related legal services, two are joint operation offices with Hong Kong firms, and 28 are branches of domestically renowned firms. It can be said that the landscape of Hainan's legal market has completely changed.

"The market is only going to get more competitive in the future," Jiang admits frankly. "Without expanding the scope of services and improving the capabilities and service standards, some local 'old' firms might be forced out of the game. And driven by market demand, there probably will be law firm merger waves."

"There will be more intense competition for the existing business opportunities, posing higher requirements for service capabilities, methods, and scope; the competition for incremental businesses  will be among the large firms, specialized firms and international law firms. In many new fields, competitions and opportunities exist side by side – whoever makes achievements first will gain the leading position."

Speaking of the future, "there will be more intense competition for the existing business opportunities, posing higher requirements for service capabilities, methods, and scope. In many new fields, competitions and opportunities exist side by side – whoever makes achievements first will gain the leading position," Jiang says.

The regulations not only bring in more players, but, like other sectors, it also breaks the many "ceilings" at the institutional level in terms of the operations of law firms.

"The regulations result in innovations in the models of of law firms and relaxes requirements for the admission of partners in special general partnership law firms. In addition to practicing lawyers, other professionals such as certified public accountants are allowed to become partners of law firms," Du says.

"The regulations also draw on Singapore's legal system, encourages qualified law firms to implement corporate management, and allows the establishment of company-type law firms in accordance with relevant regulations," which is a breakthrough in the prevailing Lawyers Law, she adds.

"Furthermore, the Regulations also allows the representative offices of foreign firms and of law firms of Hong Kong SAR and Macao SAR to be engaged in certain Hainan-related commercial non-litigation legal affairs according to relevant provisions. This is a unique policy given to Hainan by the central government. Hainan has and will surely become the test ground for the business models of law firms in China," Du says.

The release of the FTP Plan has boosted the appeal of Hainan for domestic and foreign investors and entrepreneurs. "Legal, accounting, taxation and other related third-party intermediary services play an indispensable role in terms of the application of policies, the implementation of projects, and enterprises establishment and development," Du adds.

Looking into the future, in Hainan, combining different types of services may become a major trend. "The combination of legal and consulting, accounting, taxation and other services will help to provide enterprises, especially start-ups and pioneering enterprises, with one-stop services, which is intensive and efficient for enterprises, and meanwhile can help law firms to enhance their core competitiveness," Du says.