'It makes sense to expand our business presence' 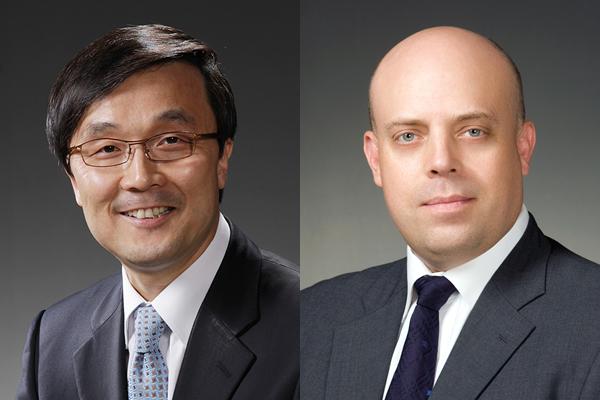 Sky (Sih Kyoung) Yang, senior partner, and Matthew Christensen, senior foreign attorney at Korean firm Bae, Kim & Lee, speak to Kanishk Verghese about the firm’s recent expansion in Asia and the Middle East, its key focus areas in the region, and its Korea strategy as the market opens up to foreign law firms

ALB: BKL has had a busy year so far, launching offices in Dubai and Hong Kong. What was the inspiration behind these openings, and how do these new offices fit into the firm’s strategy?

Yang: Korean companies have long been famous for investing and conducting business operations around the world, and for the last few years they have been becoming more active in looking for opportunities outside Korea. In line with our client-focused philosophy, and with Korean companies’ increasing interest in overseas operations, we think it makes complete sense to think about expanding our presence globally. From a legal market perspective as well, it makes sense to expand our business presence and operations outside of this peninsula.

Christensen: This is very much a client-driven expansion. As Sky mentioned, many of our clients are now finding that their overseas operations are increasingly displacing their domestic operations as the biggest contributor to their overall results. As a law firm that has traditionally depended quite heavily on our Korean clientele – though we represent many foreign clients as well – we need to be prepared to follow our clients and service their needs overseas. The strategy for each office is a bit different but in general our clients tell us that they prefer to have the assistance of legal advisors who speak Korean, who are loyal, and who provide assistance swiftly and economically. That is what we aim to do through these new offices. Of course, overseas expansion is not a new thing for us, as we were the first major Korean firm to open in Beijing and the first to open in Shanghai.

ALB: We have heard that BKL intends to open two Vietnam offices, in Ho Chi Minh City and Hanoi, later this year. What will these offices focus on?

Yang: We have obtained licenses for both the Hanoi and Ho Chi Minh City offices. There is a lot of Korean investment in Vietnam. Korean-related subsidiaries and Korean-invested companies amount to over 4,000 in the country, and they created about 4,110 projects last year with an aggregate project volume of about $37 billion. We are one of the first Korean law firms to open in Vietnam, and we want to support the Korean-led companies there on their local operations as well as on overseas investments originating out of Vietnam. We expect to have more opportunities with the local Vietnamese companies as well.

ALB: Are there any further expansion plans in the pipeline?

Christensen: We wouldn’t say that we are done expanding. We have looked at various other places. There aren’t any other expansion plans on the immediate horizon, but we are keen to follow this strategy to its natural conclusion and to be where our clients need us to be. There obviously needs to be a good business case because of the significant investment involved, but we are continually looking at possibilities.
We are committed to having these overseas ventures work out. It’s important that we have buy-in from our partners in Seoul, and that we do everything we can from the home office to support these overseas offices. For example, we’ve organised certain Task Force Teams, and we have lawyers here in Seoul who are assigned to support the various overseas offices. In addition, we have identified additional regions where we want to enhance our capability to support clients who are operating in those regions. We have, for example, established a South Asia Task Force Team, which I head. And we have similar teams for other regions of the world where our clients are active, including Southeast Asia, Russia/CIS, and Latin America, to name a few. So our overseas offices are part of a broader strategy in which we are looking to support our clients wherever they are involved throughout the world.

ALB: Are there any key areas of growth or practice areas that BKL is focusing on in particular?

Yang: We have had a busy year, particularly in the areas of tax, antitrust, labour and intellectual property. We have been enhancing the service quality and portfolio of these teams to increase our exposure both domestically and overseas to foreign investors. In our labour practice, we recently recruited three partners to substantially fortify our advisory and litigation capabilities. For the tax team, we recruited two former high-ranking judges from the Korean tax and administrative courts. We also recently hired a former High Court judge and a few patent attorneys to our intellectual property team. In addition, we brought on board a former official from the Korea Fair Trade Commission, so we are much better positioned to provide services in competition issues, which is becoming increasingly important in Korea. In M&A, we have been outperforming the market for the last year. One notable highlight is that we are representing Samsung group entities with respect to their group restructuring process, which is still ongoing.

Christensen: Our mainstays of corporate/ M&A and dispute resolution remain very active. In the area of international disputes, we are currently handling several disputes on behalf of Korean contractors involved in international projects, as well as a number of investment treaty-based arbitrations – including two cases involving claims brought by Korean investors against foreign states. Investor-state disputes are still a relatively new thing for Korea, and we feel very fortunate to have served a pioneering role in the market.

ALB: With the liberalisation of Korea’s legal market, we have seen a number of international firms open in Seoul over the past few years, as well as some mergers and alliances. What are your thoughts on the opening up of the Korean legal market? Does this pose a challenge for BKL? And does the firm have plans to ally or strengthen cooperation with other firms in the Korean market?

Yang: I am a Vice President for international affairs at the Korean Bar Association, and in that capacity I have been involved in this issue along with the Justice Department and other interested institutions. We are heading toward the final stage of the three-tiered legal market liberalisation process pursuant to Korea’s Free Trade Agreements with the U.S. and the European Union. Starting from late 2016, European law firms will be allowed to enter the third and final stage where they can enter into joint ventures with Korean firms. The same will apply to U.S. firms starting from the following year in early 2017. The joint ventures can then hire Korean lawyers and foreign lawyers, so they will be able to provide cross-border and international services, as well as practise Korean law. What will actually happen during that stage is not a hundred percent clear at this point, so we’ll have to wait and see.

Major full-service law firms like us are very interested in seeing what is going to happen at the firm level as well as the individual practitioner level. This will obviously create some challenges and increase competition in Korea’s legal market. But challenges always come with opportunities as well. We are more positive than pessimistic with respect to the market opening process. The idea of the process is to provide better quality services on a more international level to Korean clients, and we expect to be in a better position to provide quality services than before, working alongside the foreign law firms and lawyers. Although there will be a lot more competition, we expect the market to become more mature in terms of the quality of legal services.

Christensen: There are probably some smaller firms in the market that consider themselves to be ideal merger partners, and I guess time will tell whether or not they’re right. I expect that larger firms in the market will generally maintain their existing plans, and that’s certainly what we are doing.

We are cautiously optimistic about the future. We are in an investment and expansion mode, and we are not relying on a merger to protect ourselves in the coming years. Rather, we are trying to make the necessary improvements to our own internal resources in order to compete effectively no matter what the future brings.