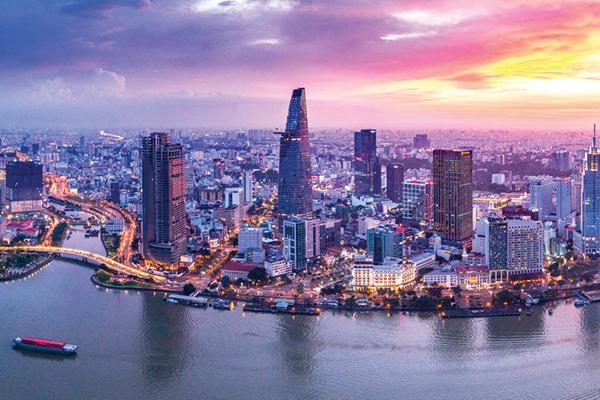 Vietnam has been Southeast Asia’s unlikely IPO star in the past year, and the last few months, in particular, have seen two record-breaking listings. Lawyers within and outside the country are seeing an increase in IPO work as a result.

At the end of April, Vinhomes JSC, the residential property developer of Vietnamese conglomerate Vingroup JSC, launched an equity issue of up to $1.4 billion. It was the country’s biggest-ever initial public offering (IPO) till date, beating the previous $922 million record of Vietnam Technological and Commercial Joint Stock Bank (Techcombank), which was set barely a week earlier.

These listings have demonstrated why Vietnam has been Southeast Asia’s leading IPO market over the past year – a total of approximately $6 billion has been raised according to Bloomberg data. “Recent IPO activity has been characterised by high volume in terms of numbers and size, and the global nature of the offerings. Each one has been bigger than the last,” says Sharon Lau, Singapore office managing partner, and Amy Beckingham, partner, at Latham & Watkins, which worked on both the Vinhomes and Techcombank IPOs. The firm also advised on the $709 million IPO of Vincom Retail last November, at the time the country’s IPO record-holder.

Lawyers cite two main reasons behind this IPO boom. For one, Vietnam’s investment landscape continues to remain popular. “Vietnam’s GDP growth in the first quarter of this year was 7.4 percent, the highest rate in the past 10 years,” says Oliver Massmann, partner and general director at Duane Morris. “In addition, there is growing middle class with great purchasing power. The World Bank predicts that the middle class will account for 26 percent of Vietnam’s population by 2026, double than the current figure.”

The government has also continued to actively work at integrating Vietnam with the global economy, which has, in turn, generated more from foreign investors, says Logan Leung, senior foreign counsel with Rajah & Tann LCT Lawyers. “The current government has been recognised for its ‘pro-investment’ approach and under such leadership, we have seen the enactment of legislation that has the effect of facilitating foreign investment in various industries, such as cutting administrative red tape and relaxing foreign restrictions,” he notes.

He adds that this, coupled with Vietnam’s stable political environment and economic sustainability, have resulted in considerable foreign investment interest. “In line with this, larger Vietnamese enterprises have found this time to be ideal for going public and fundraising. We see that many of the smaller enterprises that have also listed have done so to ‘ride the trend’ in the footsteps of larger players, with the aim of mirroring their fundraising successes,” says Leung.

The second reason is the push by the government towards privatisation of state-owned enterprises (SOEs). “Much of the IPO activity has also been contributed by the listing of SOEs,” says Leung.

“In January 2018, the Government’s Decree 126/2017/NĐ-CP came into effect, to guide the conversion of SOEs into joint stock companies, which would facilitate listing on the stock exchange. Several years ago, foreign investors have thought that the Government’s privatisation plan was unrealistic because they had not actually seen it come into fruition at the pace as was forecast by the Government. However, it only is just recently we have seen considerable push by the government to actually implement the privatisation plans,” he notes.

The IPO boom has led to an increase in legal work around them. Oanh Nguyen, a partner at Baker McKenzie, says that the firm’ capital markets practice has been very busy advising issuers, underwriters, insurance companies and fund managers. “With the growing volume of domestic and international IPOs, not only are we getting more requests from our clients for transactional advice relating to equity offerings and rights issues, but there has also been a rise in demand for regulatory advice relating to securities compliance requirements, as well as on securities law aspects of employee benefit plans and working on proxy solicitations and accounting restatements,” she says.

Massmann notes that when investors are new to at market, they need legal advice to secure their investment and comply with local laws. “We see this as a great chance to improve our business and show our expertise in the sector,” he says. “Most of our clients are from the U.S. and Europe, who would like to take advantage of the upcoming free-trade agreements such as the EU-Vietnam FTA and the CPTPP and expand their business to other neighbouring countries. We mainly advise clients on due diligence of the partner, how to structure the investment and the best form of cooperation.”

As a result of the privatisation push, lawyers are seeing greater interest from foreign institutional investors in SOEs. “Therefore, a lot of our work has been in advising or assisting these investors in due diligence and transactional work for such investment plans,” says Leung.

Lau and Beckingham, meanwhile, are witnessing significant investments from the larger private equity firms into Vietnam, with a lot of focus on financial institutions such as Techcombank, healthcare, education and the consumer sectors. “On top of that, Vietnam has several tech companies who have the potential to experience growth similar to their Chinese peers,” they say. To some extent this is due to the fact that some people view Vietnam as a miniature or not so miniature version of China in terms of its growing middle class, expanding retail and other demographics. These companies will require growth capital and will be looking for this in the private markets as well as eventually the public markets.”

A DIFFERENT KIND OF MARKET

Even with the spate of IPOs in the recent past, Vietnam remains a bit of a frontier market, and for good reason. “Headlines were dominated by the IPOs of major home-grown companies, such as Vinhomes, Techcombank and VietJet,” says Leung. “Despite Vietnam’s commitment towards bolstering its investment environment, we see that foreign investors are generally still cautious—favouring these and existing ‘blue- chip’ companies in industries that can provide stable dividends.”

He notes that while the country’s two stock exchanges – HOSE and HNX – have seen a high volume of listings by smaller Vietnamese companies, foreign investors are generally disinterested or reluctant to bite because of the limited transparency that has made it difficult to gauge the risk exposure.

And for listings of SOEs, the high valuations and transparency concerns, among other reasons, have deterred foreign investors,” says Leung. “For example, Vietnam Rubber group and Genco 3 have not attracted the interest the Government was hoping for,” he says. “Some investors have also cited some concerns from recent ‘campaigns’ by the state to criminally sanction high-ranking officials or managers of SOEs for corruption-related crimes, giving rise to fears over future corporate governance issues.”

Lau and Beckingham feel that some of the technical issues of the capital markets deals in Vietnam are different from the other regional exchanges, in terms of suitability of local regulations to international offering structures. “We worked closely with Vincom Retail and subsequently Vinhomes in developing a novel initial equity offering structure (a structure involving a private placement outside Vietnam) for their listings which shortened the settlement window for the offerings,” they say. “On the plus side, Vietnam enjoys a stable political environment and has enjoyed significant recent domestic growth and is therefore well positioned economically, demographically, and politically.”

According to Nguyen of Baker McKenzie, the issues that Vietnamese issuers face are probably no different from those that issuers in any other countries come up against. “Ultimately, it depends on the deal size and the type of investors that the issuing company is looking for, and also whether the issuer will choose to do international or domestic IPOs. International IPOs will naturally have longer project timelines and require more legal work, given the complexity of cross-border offerings,” she says.

So, what are the sectors seeing the most activity? For Massmann, the financial sector (with a major focus on real estate), banking, consumer goods and power have been seeing, and will expect to see significant growth. “The reason is that in the second quarter, many enterprises with large capitalisation and of great interest to foreign investors in these sectors are now preparing for public listings,” he says.

Lau and Beckingham say that the private equity funds they have come across are looking into various sectors. “As expected in a growth economy, the financial sector, healthcare, consumer and particularly education are the sweet spots,” they say. “There are also long-term strategic players, such as the Singapore government, which, through the GIC, has invested in various sectors in the Vietnamese market.”

For Leung, while there are no specific industries that have seen the most activity, on the back of Vietnam’s young and vibrant population, as well as a growing middle-class, many of the listings are in consumer-oriented industries. “For example, there has been considerable number of real estate, consumer goods and banks going public. For the former two, this seems to have been the case for both smaller and large Vietnamese companies,” he says.

The weeks after the two large IPOs there has been a bit of a lull. But Lau and Beckingham of Latham & Watkins note that despite the slight correction, ultimately the fundamentals in the market are the same, as well as the economic, political and other situations. “It is just the temporary liquidity absorption – a slight correction and short lull could actually be a good idea, setting the stage for IPOs to come, as there are many companies with strong fundamentals waiting to access capital,” they say.

Massmann of Duane Morris says that the Vietnam IPO market will continue its growth. “Leading enterprises with good financial capacity and high growth will attract both foreign and domestic investment,” he says. “It is noted that in 2018, there will be a number of state-owned enterprises privatised following the Prime Minister’s decision. These enterprises include Habeco, Vinamilk, etc.”

Leung of Rajah & Tann LCT Lawyers says that in the 2018-19 period, the firm is still optimistic about the Vietnam IPO market, which it believes will be spurred by the state’s privatisation push. “We are expecting the upcoming years to see greater listings of SOEs, with the IPO of major companies such as MobiFone, Vinataba and Vinacomin in the pipeline,” he says.

He notes that the government has been working hard to push this forward. “While there were some recent upsets for the government - for example, the disappointing IPOs of Vietnam Rubber and Genco 3 and the pulling of VTVCab from its listing plans -, we don’t expect this to slow things down,” says Leung.

He adds: “In fact, we may expect this to act as a catalyst for the government to bring its valuations in line with something more reasonable for future IPOs and work towards resolving challenges that have deterred investors. This would, in turn, generate greater activity for the Vietnam IPO market.”