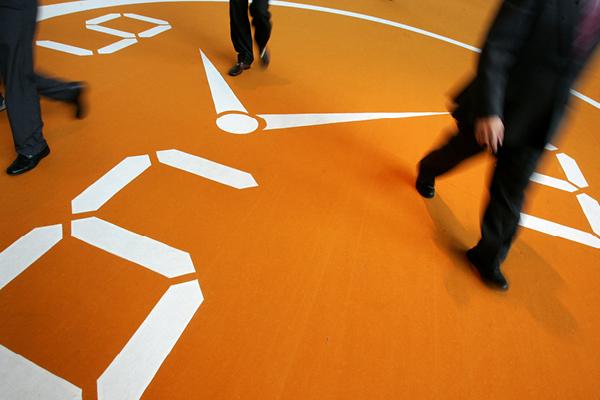 As Asian law firms find their clients’ business increasingly moving across borders, a number are looking to find partners they can trust in different jurisdictions.  This is bringing into increasing focus the role played by independent law firm networks in building these bridges. Ranajit Dam finds out more

Business today is global. As law firms’ clients seek legal services beyond their home markets, firms realise they have to step up and meet this need, or risk becoming less competitive. The race is, thus on to find law firms in other markets that they can trust and establish relationships with. While some firms have set up their own networks of law firms within Asia, and particularly within the ASEAN region, also becoming important are global networks of independent law firms, which are helping members make connections across the world.

Take for example the Texas-headquartered Lex Mundi, founded in 1989, which counts India’s Amarchand & Mangaldas, Hong Kong’s Deacons, China’s JunHe, and Singapore’s Rajah & Tann among its 160 member firms worldwide. “The developments of the last few years [in Asia] have resulted in Lex Mundi being more relevant than ever before,” says Carl Anduri, president of the network. “Clients of our member firms in Asia and around the world are expanding into new markets.  As they do so, they need trusted legal resources in what to them may be unfamiliar markets.  Our Asian member firms rely on Lex Mundi member firms both inside and outside the region to serve their clients.”

Another law firm association is Interlaw, founded in 1982, whose members include Korea’s Lee & Ko, Malaysia’s Lee Hishammuddin Allen & Gledhill and Indonesia’s Mochtar Karuwin Komar among others. According to Michael Siebold, board chair of Interlaw, top-tier law firms that remain strong and independent are far better positioned than local firm outposts of offshore law firms, “or even worse, the franchise type law firm, with no real local knowledge.” He says that in changing times like this, member firms of networks can do more together. “For example, Malaysia is bracing for the lifted restrictions on foreign law firms and introduction of number of new legislative tax measures on professionals,” he says.  “Yet Lee Hishammuddin Allen & Gledhill, Interlaw’s member firm in Kuala Lumpur, for example, already has in place, through its Interlaw relationships, an entire network of colleagues that positions the firm not only to defend its client base, but also in fact expand the breadth and complexity of its business.  Already since Trowers & Hamlins has joined the Interlaw family the firms have collaborated extensively to capture foreign work they could not have landed separately, and in fact, mega firms certainly couldn’t, as the best lawyers available are happily working in Interlaw’s top tier independent law firms. Beyond that, because several of the firms throughout the region and beyond, have already gone through similar legislative adjustments, the Malaysia lawyers can tap a wealth of knowledge and apply it for their clients’ benefit.”

The Brussels-headquartered First Law International (FLI) counts China’s Llinks Law Offices, Indonesia’s SSEK and Japan’s Atsumi & Sakai among its members and its principal, Orlando Casares, says that when a network is primarily driven by a large law firm which combs the world to forge tie-ups with other similarly branded law firms, the costs associated with developing, maintaining and growing the brand to a successful level is not a cheap undertaking.  “If the network cannot assert its claim to a piece of the market relatively soon, the grouping of law firm will be confronted with costs overruns,” he says. “Invariably this will put significant pressure on their fees to clients whom will be looking for significantly lower rates – especially if the network is otherwise unknown and unproven – but with a serious lack of elasticity, the network is unlikely to compete and remain profitable.  In turn, some of the members will see little or no return on their investment and will exit the network, forcing new recruits and thus more costs, and again higher fees.  And the cycle continues.”

According to Interlaw, firms in the association have determined that the ASEAN offers a plethora of avenues to work together.  “Integration is the buzzword, and collaboration is the pathway,” Siebold says. “Providing seamless service with local knowledge and global presence – and at reasonable billing rates – has been a winning formula.” The network, he adds, is looking to continue to grow in the Asia-Pacific region after adding 12 countries globally in 2014, including Indonesia’s MKK. “We are reviewing top tier firms in Taipei and Cambodia now, and one of our member firms has forged a strategic relationship with a Myanmar firm which we are following closely,” says Siebold. “Interlaw is driven to expand in Africa and South Eastern Europe this coming year.”

Casares says that FLI is “certainly open for business” in Asia. “We have been preparing for the past 14 years by carefully selected leading firms in the jurisdictions of relevance,” he says. “Harnessing these countries, which have traditionally been unable to work well together in the past has been a major undertaking and a real achievement.  By synergising the individual strengths, FLI has managed to do in Asia what it had successfully done in Europe, the Americas, Africa and most recently the Middle East.”

Siebold describes Interlaw’s culture as “one of innovation” and provides some examples of successful projects undertaking by the association. “For one, there is Interlaw Sustainability, a comprehensive program that identifies star senior associate, junior level lawyers and provides a plethora of incentives for recruitment and retention,” he says. “Secondly, we have Global Invest, a highly secure online portal for Interlawyers whose clients seek investment funding to match with Interlawyers whose clients seek investment opportunities. Projects as diverse as hotel purchases in the U.S. and Western Europe to infrastructure in the Balkans have used Global Invest in the past year to promote projects. A third example would be special business teams (SBTs), affinity Groups and meet-ups offering Interlawyers the opportunity to publish comparative law books, blogs, surveys and primers online and in print, and to meet together on a regular basis in person and through social media to share best practices, create knowledge hubs, introduce one another to clients and multiplier organisations, share speaker platforms and develop personal and professional relationships with lawyers in their own industries and practice fields.”

According to Casares, FLI has invested a great deal of energy developing practice groups such as telecommunications, life sciences, data privacy, oil and gas, litigation and arbitration, employment, real estate and so on. “By carefully selecting the most competent attorneys in each jurisdiction, a global head of each Practice Group is appointed,” he says. “He or she is supported by a panel of specialists who in turn work closely with each in-country expert.  The end result is a compelling force in the industry.  Clients respond favourably to the idea that a global team of experts has been assembled throughout FLI to render assistance, at a moment’s notice, either individually or together, a flock of geese flying in a V-line.”