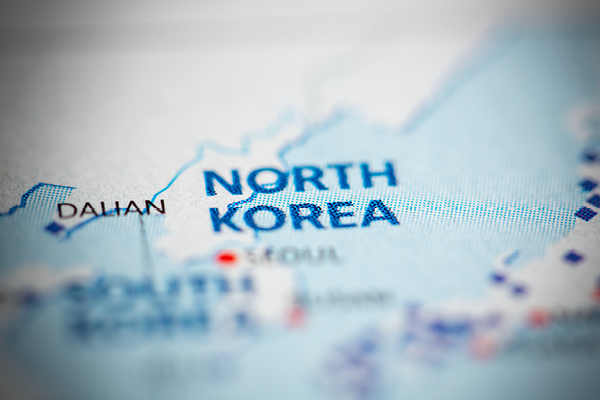 Recent signs of North Korea opening itself up have given rise to speculation that there could be serious investment opportunities in one of the world’s most isolated countries. But companies need to be careful if they do not want to get burnt.

Ever since a landmark meeting in June between North and South Korea put a temporary halt to the 68-year cold war, there has been widespread speculation that the Democratic People’s Republic of Korea (or DPRK, as it is officially called) is ready for foreign investment. However, lawyers and experts on North Korea issues remain sceptical about the prospects due to political uncertainties.

During a meeting in May, the U.S. implied that if a denuclearisation deal was completed, it would consider opening up North Korea’s economy for private investment. Since then, the DPRK is reported to be having second thoughts about denuclearisation, leading to Washington’s continuing sanctions on the Communist country.

Currently, the U.S. blocks transactions between American banks and North Korea, while the European Union also prohibits financial transfers of over 5,000 euros ($5,800). United Nations sanction bans the exports of the country’s coal, iron ore, textiles, and seafood, as well as freezing the amount of imported crude oil at four million barrels a year. The organisation has also prohibited joint ventures between North Korea and other countries.

“Existing U.S. and UN sanctions against North Korea will be huge challenges for companies that are interested in that country,” says Tong-chan Shin, a senior partner of Yulchon. “I don’t think the North Korea sanctions will go away in the near future despite the thaw happening in North-South relations.”

Despite the sanctions, North Korea is attractive to investors due to its proximity to South Korea and its location within the major supply chain area in Asia.

Soo Hyun Lee, partner at Shin & Kim, says many South Korean companies are eager to do business with their northern counterparts.

Although North Korea shows potential in electronics and textile manufacturing due to its low labour costs compared with its neighbouring countries, Shin expects hospitality and infrastructure in North Korea will be among the first sectors for foreign investment.

“Given the obsolete infrastructure of North Korea and its need for improvement, I think the hospitality industry, as well as infrastructure projects, will see the first foreign investors in North Korea,” Shin says.

Shin also notes that a Chinese state-backed company recently conducted initial research into the investment environment of North Korea, and Russian companies are also expected to do the same. South Korean companies are considering compliance issues regarding sanctions against North Korea so that they don’t fall afoul of those.

That said, Lee points out that the lack of a modern legal environment is likely to keep investors away from the country.

Another issue is the lack of standard taxation in North Korea, possibly a shield for corruption.

“Officially there are no taxes in North Korea, but the government needs money and resources, so it tends to take that from companies and residents as a form of unofficial tax,” Lee says.

Sean Hayes, co-chair of the international practice group at SJ Law Firm and a former research officer for the Constitutional Court of Korea, agrees.

“The major challenges are, first, the difficulties in enforcing contracts with state players in North Korea, and second, the corruption,” Hayes says. “The West will likely be unable to apply the pressure needed to get things done in North Korea and, thus, an important investment block may not invest in the North.”

“Most worry about doing business with a state that has no history of honouring commitments,” he adds.

A few large corporations have tried to make significant investments in North Korea, but few of these stories have seen happy endings.

In 2008, Egyptian telecommunications firm Orascom became the owner of 75 percent of the first mobile company in North Korea, with the remainder owned by the North Korean authorities. The company soon started to encounter hurdles such as the inability to remit profits, as well as international sanctions from various countries. In 2015, it announced that it had over the activities of its North Korean business.

Two decades ago, the Hyundai Group from South Korea established a mountain tourist resort in North Korea, which was said to have attracted two million South Koreans in 10 years. Pyongyang scrapped the project when a North Korean soldier killed a tourist, leading to the resort’s closure.

“The mood is of reluctance. No one understands what the future holds,” Hayes says. “The basic attitude depends more on your political viewpoints than on rationality, since North Korea is great at turning the understandable into the unexplainable.”

Shin also says that unless Pyongyang takes concrete measures to halt its nuclear and missile programmes, serious foreign investors are not likely to take the risks in North Korea.

He advises investors to “put their assets offshore and target not North Korea, but other foreign businesses which dare to enter the North Korean market at this juncture. By doing so, they can test the water and expect to act quickly as and when North Korea becomes truly ready for foreign investment.”