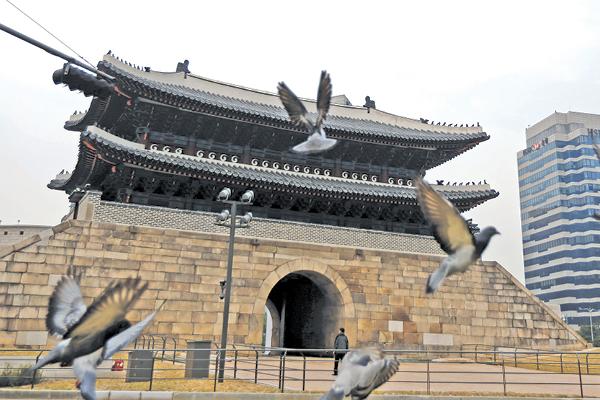 The year 2016 is when foreign law firms in South Korea, initially those from Europe, will be allowed to set up joint ventures with local firms, with the JVs entitled to practise local law. As competition for both work and talent is set to intensify, Ranajit Dam speaks to three local outfits about how they are preparing for market liberalization

In 2011, the European Union signed a free trade agreement with South Korea intended at opening up the country’s professional service sector, and a year later, the U.S. followed suit with a similar pact. Under the terms of the agreements, particularly as they related to the legal sector, international law firms would be allowed to open offices and practice foreign law for a period of five years, after which they would be permitted to set up joint ventures with local firms, with these JVs entitled to practice law.

Fast forward to 2016, and the five-year cooling period for law firms from Europe is set to come to an end this summer. In the interim, 26 firms from the U.S. and UK have already opened offices, with Latham & Watkins set to become the 27th after it reportedly applied for approval and signed a lease for office space in Seoul. And they haven’t done too badly: Clifford Chance became the first international firm to pass 10 billion South Korean won ($8.35 million) in annual revenue, according to a recent Ministry of Justice report showing that the firm hit that billings figure in 2014.

Meanwhile, local law firms haven’t been having the best time of it. According to statistics from the Bank of Korea, Korean legal-service offices had an average deficit of $490 million between January and November 2015. As fears of intensifying competition permeated the legal sector, the South Korean government unveiled a draft Foreign Legal Consultant Act, which aims to regulate the opening of the local market to law firms based in Europe and the U.S.

As reported in these pages earlier, the bill, which caps foreign ownership in a joint venture to just 49 percent, was met with protests from diplomats and outrage from international law firms. William Kim, Korea head for Ropes & Gray, was quoted in the Financial Times as saying that he wasn’t sure whether it was “liberalisation or actually handcuffing” foreign outfits.

Nevertheless, local law firms are preparing for the eventual liberalisation of the legal market, although not all think that things will change significantly, at least in the immediate future. “We expect that very few, if any, joint ventures between foreign and Korean law firms will be formed over the next year or two,” says Sai Ree Yun, managing partner of Yulchon. “Instead, we expect that competition between foreign law firms having Korean offices will continue and that collaboration between Korean law firms and foreign law firms with Korean offices will be strengthened. We also expect that Korean firms will strengthen their local practice while also enhancing relationships with foreign law firms on both international and domestic matters.”

Lim believes the trend will continue in the future. “The third phase of the legal market liberalisation with EU countries will commence this summer. Prior to creating JVs with Korean law firms, foreign law firms are expected to strengthen their collaboration with Korean law firms to anticipate gains and losses that may be incurred by building such relationships,” says.

Similarly, Sung Jin Kim, managing partner at Bae, Kim & Lee (BKL), says it is critical that foreign and domestic law firms alike enhance their overseas service offerings to Korean companies. “Although the third phase of litigation is not expected to result in sudden changes for large law firms, the domestic legal market will likely be affected, particularly in areas such as M&A and IPOs, over the long term,” he says. “While the general economic outlook in Korea leaves much to be desired, we expect that domestic companies’ overseas investments will continue to rise. We also expect that Korea will continue to receive significant investment from China.”

Yun says that Yulchon “firmly believes” it must boost its competitiveness in preparation for for the next phase in the liberalisation of South Korea’s legal market. “One way we can do this is by providing industry-oriented business advice based on legal analysis,” he says. “For example, our teams work with business experts, enabling the firm’s legal professionals to deliver more comprehensive services to our client base. We have has also been strengthening and expanding our relationships with global network associations and formed strategic partnerships with leading overseas law firms.”

According to Lim, Y&Y has long-standing relationships with both global companies with Korean offices and Korean companies with multinational operations. “For example, Y&Y advised SK Hynix when Toshiba Japan and SanDisk filed claims in Japan and the U.S., respectively, against SK Hynix for the divergence of technology in 2014,” he says. He also cites how Y&Y represented Microsoft when monopoly issues under the Korean antitrust law were raised as the tech giant was obtaining final approval from the Korean Fair Trade Commission for its purchase of Nokia’s mobile phone business division.

“Y&Y will expand its inbound/outbound legal services in governance and regulation, international litigation and arbitration, healthcare and the defense industry by deploying attorneys and professionals who specialise in these practice areas,” Lim adds. The firm is also looking to “train its professionals to become international practitioners within the next 10 years“ and plans to “accelerate its international expansion in overseas legal markets such as China, South Asia, the Middle East and the CIS region.”

BKL is responding to the evolving legal services landscape by “continuously strengthening” its client-centric approach, which is the firm’s “long-standing management policy and philosophy,” says Kim. “In this connection with this, BKL will continue to focus on enhancing overseas services for domestic companies in 2016. In 2015, we made significant strides in that direction by establishing four overseas offices in Dubai, Hong Kong, Ho Chi Minh City, and Hanoi. We have also finished preparations for the establishment of an office in Myanmar early this year,” he notes. Combined with its existing offices, BKL’s fully integrated service network covers Korea, China, Southeast Asia, South Asia, the Middle East and Africa.

Moreover, Kim says BKL has established alliances with law firms in Europe, North America, South America, and other regions to provide local advice on transactional matters and to jointly handle international disputes. “We have established a system that allows us to put forward the best team for each project and to manage resources in the most cost-effective manner to accomplish our clients’ business objectives.” Finally, he points out that local law firms have a competitive edge in inbound areas such as domestic law, litigation and approvals and permits for large companies “as they have know-how which has been accumulated” for decades. “BKL has successfully resolved ‘difficult and complex litigation’ and has recently invested in shoring up its offerings in fair trade, labour, IP and tax,” says Kim.

One area that is almost certain to fuel heated competition among domestic and international firms is the hiring and retention of talent. Kim of BKL, which has consistently placed in ALB’s Employer of Choice list, says that people are “obviously” its most valuable assets. “We have recruited the finest lawyers, senior advisors and specialists to strengthen our capacity to assist foreign companies doing business in Korea as well as domestic companies doing business overseas,” he says. “We retain talent by fostering a collegial atmosphere and offering attractive training and mentoring opportunities, including foreign study programmes and secondment to overseas firms.”

And because Y&Y believes that client service provides the best training, it is working to “establish a system that gives more opportunities to attorneys that proactively serve clients in international matters,” says Lim.

Yulchon offers fair compensation, good working environments and support to develop legal professionals with vision, expertise and experience, says partner Hee- Chul Kang. Specifically, the firm’s Yulchon Academy – the first of its kind in Korea – is a systemic training programme that includes “a range of educational modules tailored to the specific experience level of legal professionals” to help them “gain expertise in their primary fields of practice,” explains Kang. The Academy also facilitates training in foreign languages and cultural development.

According to Lim, having the expertise to understand domestic and global market trends and preemptively respond to market needs is a key success factor among large law firms. “Y&Y provides legal services customised to suit the needs of specific industries and regions so our clients can get the upper hand in the market,” he says. “We believe in delivering additional value,regardless of whether clients are seeking assistance in transactions or litigation.”

At present, Y&Y is conducting market research with a plan to assist potential clients in China, Southeast Asia (e.g., Vietnam and Indonesia) and the Middle East, and is expecting to open “two or three overseas offices in the near future to meet the needs of domestic and foreign clients,” shares Lim.

Yun points out three factors that will set the successful law firms apart. “First, our clients are facing legal issues that are increasingly complex and difficult to navigate as a result of rapid changes across all industries,” he says. “Clients now require firms that do not only provide reliable counsel but also add meaningful value to their business, which can only happen if firms fully understand their clients’ concerns as well as possess legal expertise in their area of business.”

Legal ethics is also becoming an important consideration in accepting work and maintaining strong client relationships. “Yulchon is very conservative when it comes to conflict checks. We thoroughly check for not just potential conflicts of interest among our clients but also for conflicts on a specific legal issue,” notes Yun.

Lastly, Yun cites how cost-effectiveness will continue to be a key industry aspect. “The industry is increasingly being pressed to provide the best possible legal services within a predetermined budget.”

With South Korea’s financial sector growing slowly in recent times, BKL’s Kim says there isn’t enough financing support for large-scale projects, thus reducing the amount of work law firms have. “At the same time, Korean law firms need to develop expertise to handle overseas litigation directly, which could help increase the size of the legal market to 4 to 5 trillion won,” he says.

While completion is set to intensify with liberalisation, “the division of roles between private lawyers and law firms as well as between medium and small law firms and large law firms, plus differentiation in expertise and service levels” will give clients more choices, expand the legal market and improve the quality of services in the long term, explains Kim.

He also notes how the the number of in-house lawyers at large companies have gone up in recent years, reaching its current level of around 3,000 people. “In the process, the internal legal functions of large Korean companies have improved dramatically. These are very sophisticated clients, well aware of the situation of law firms, and BKL is looking forward to working with them.”