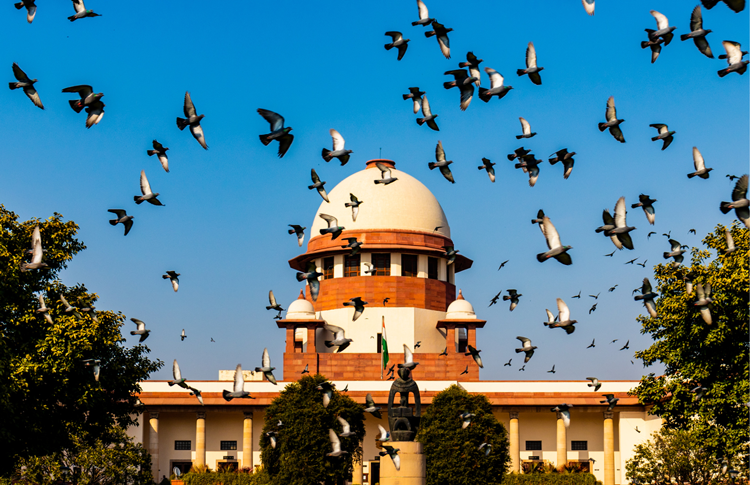 In a groundbreaking decision on April 20, the Supreme Court clarified that two Indian parties can arbitrate in a non-Indian forum. The outcome of PASL Wind Solutions v. GE Power Conversion India has confirmed that entities can select foreign arbitral seats – such as London, Singapore or Hong Kong – in arbitration agreements, even in cases where contracts and counterparties are based within India. Practitioners feel that this judgment is a critical step in the development of India’s arbitration landscape.

WHAT WAS THE BACKGROUND TO THE DECISION IN PASL WIND SOLUTIONS VS GE POWER?

Girija Krishan Varma, an international arbitrator, legal Counsel and mediator, tells Asian Legal Business that two Indian entities, a subsidiary of GE Electric in India and PASL Wind Solutions, had a “settlement agreement with an arbitration clause that in case a dispute arises the parties would opt for arbitration under the ICC Rules, with the seat being Zurich.”

Then when disputes arose, the Tribunal issued an award, which GE Power applied to enforce in Gujarat. The Gujarat High Court held that the award was enforceable even though the two Indian parties had chosen a foreign seat. However, it also ruled that parties to such arbitration would not be entitled to interim relief in Indian courts.

“The Gujarat High Court ruled that the interim relief was not maintainable as the Indian courts lacked inherent jurisdiction in a foreign seated arbitration that is not an ‘international commercial arbitration,’” Varma says. “It added that the award was thus a domestic award as it dealt with a dispute between two Indian nationals, and interim relief could not be granted as at least one of the parties to the arbitration needed to be a foreign entity for it to be an ‘international commercial arbitration.’”

WHY IS THIS AN IMPORTANT DEVELOPMENT FOR ARBITRATION IN INDIA?

The Supreme Court’s ruling thus answered a number of questions that have far-reaching implications on the arbitration regime in India, says Varma.

“The judgement by a three-judge Bench of the Supreme Court comprehensively settles conflicting rulings of various High Courts of India,” she says. “The judgment is also valuable for demonstrating the pro-arbitration approach and the robustness of the Indian courts. The ruling accords recognition to the “principle of party autonomy, which trumps over public policy. The Supreme Court noted that a court must balance and weigh a private right against public order, where a private bargain does not cause harm to the public order, the court must allow for private bargain to flourish.”

The judgment is also welcomed by India’s arbitration community for affirming the New York Convention, while the judgment upholds that parties would have access to Indian courts irrespective of their nationality, says Varma.

“The court held that where an arbitration takes place outside India, but assets of one of the parties are situated in India, if interim orders are required qua such assets, including preservation thereof, the courts in India may pass such orders. It reaffirms that the parties agreeing to foreign seated arbitration, does not adversely affect the parties seeking interim relief before Indian courts. They have inherent jurisdiction and the parties would have access to Indian courts irrespective of their nationality,” she notes.
Another important development of the outcome is it clarifies the definition of “international commercial arbitration.”

“In this one aspect it puts to rest the public policy issue, which is often used as a default defence by parties during the enforcement or challenge of the award proceedings,” Varma says.

HOW ARE CLIENTS EXPECTED TO BENEFIT?

Clients too will benefit from the Supreme Court judgment, Varma says, noting this will allow them to feel “more certain of the legal outcomes in India, as the desired international recognition as per New York convention is given to the enforcement of arbitral awards.”

“The judgement ensures recognition and enforceability of the award, as it ends the controversy regarding public policy qua both parties being Indian when they agree to foreign seated arbitration. It is reassuring for multi-national companies doing business in India, as it brings in greater certainty, both at the international front and in Indian courts. It allows wholly-owned Indian subsidiaries of MNCs, to opt for offshore arbitration which they may find to be neutral and independent forums,” she adds.

But at the same time, this will also help such companies get “the desired support and recognition from the Indian courts, which would ease the enforcement of the award in India,” says Varma. “In a nutshell, it can be said that the ruling from the highest court promotes India as an arbitration-friendly jurisdiction.”