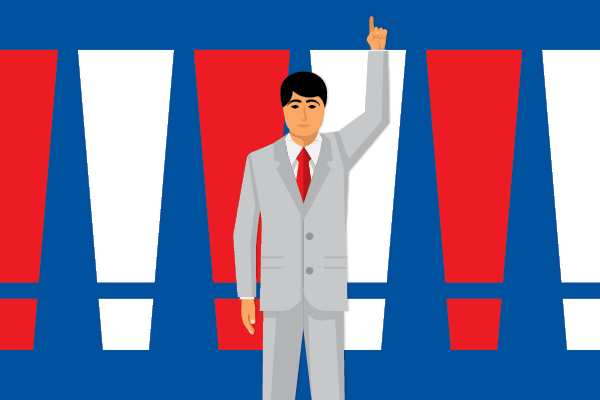 South Korea is no stranger to overseas investment, but in recent years, it has been expanding its footprint into emerging markets too. These less-developed markets, however, come with potential complications and higher risks, and as a result, arbitration and other avenues of dispute resolution are becoming increasingly important.

With low domestic interest rates, a strong currency and solid foreign ties, overseas investment from South Korea has quietly climbed in recent years, to the point where it reached $36 billion in the first three quarters of this year, according to the country’s Ministry of Economy and Finance, a 7.3 percent year-on-year increase.

The money has flown into countries around the world. In February, India prime minister Narendra Modi, speaking at a business symposium in South Korea, praised the two countries’ economic relationship. “Over 600 Korean companies have invested in India, and, we aspire to welcome many more,” Modi said, adding that Korean investments into India had reached a cumulative figure of “almost six billion dollars.” Meanwhile, Nikkei reported in November last year that 42 South Korean companies planned to invest $17.3 billion in the U.S. by 2021.

However, it’s not just the bigger countries that are enjoying the benefits -- emerging economies are also lapping up investment from South Korea. The country is the biggest foreign investor in Vietnam according to the Korea Trade-Investment Promotion Agency, while Reuters reports Samsung Electronics Co, which manufactures goods there, makes up around 23 percent of the country’s total exports.

Meanwhile, Indonesia and South Korea are currently in talks to sign a lucrative investment agreement this November, which Indonesia trade minister Enggartiasto Lukita says could boost two-way trade to $30 billion within three years from $20 billion in 2018, Reuters reports.

Mike McClure, chief representative of the Seoul office at Herbert Smith Freehills, says that Korean companies investing in overseas markets is not a new trend, as it is “very much an outbound market.” Boasting a developed economy, a relatively small population but with a lack of natural resources, “or no energy-generating natural resources,” South Korea has always invested overseas to support its own domestic power demand, McClure says.

As Korean firms increase their presence in Southeast Asia, legal support and savvy contract-planning grows ever more necessary. Nick Lingard, head of international arbitration in Asia at Freshfields, says sophisticated counsel is important in order to help ensure Korean companies get the best protection possible for their investments in Southeast Asia and elsewhere. “That means drafting effective contracts with clear and enforceable arbitration clauses,” Lingard says, adding that law firms should advise Korean companies about how to best structure deals so that “they have the benefit of investment treaty protections.”

According to Lingard, Korea has a network of some 90 investment treaties for its companies to use, but counsel need to review those treaties to determine “whether they offer the best protection or whether structuring through a third country would offer a stronger suite of protections. Of course, tax structuring is critical, too,” he says.

“Finally, and especially when contracting with governments or SOEs, lawyers need to help their Korean clients to explore stability clauses, sovereign immunity waivers, and set-off rights,” he adds.

While McClure says Korean companies don’t bring any particular baggage when it comes to additional hurdles they may face, he suggests due to their “entrepreneurial” nature, they are “prepared to take risks that some other companies would not,” which in turn can lead to more challenges.

“They’ve probably got a higher risk appetite than European companies, at a very general level. That approach and being prepared to enter major contracts and deals in developing countries in Southeast Asia and Africa means that perhaps they are more likely to end up in disputes than if they were simply in low-risk markets,” McClure says.

When it comes to investing overseas, McClure reinforces Lingard’s experience that Korean companies typically have contracts that provide for arbitration, noting this is “by far the most common and popular method of resolving disputes.”

“There is a preference towards arbitration in Asia, usually with Hong Kong or Singapore as the forum for Korean clients, if they’re in a position to negotiate that seat. Certainly,  big Korean conglomerates are usually very experienced in arbitration; they’ve gone through the process before, they know what to expect. Different companies will approach the resolution of the dispute in different ways,” McClure says.

Arbitration is also very effective, with judgments typically easier to enforce than a court judgment in most countries. According to McClure: “arbitration has the advantage that its confidential and private, usually and there are limited rights of appeal. You get a finite resolution more quickly.”

Lingard observes that language and cultural gaps are among some of the challenges Korean companies face when cross-border disputes do emerge. “International arbitration tends to be conducted in a language other than Korean – usually,  English. Korean companies are faced with the costly and burdensome task of translating internal communications, records and other documents relevant to the disputed transaction for use in the dispute,” he says.

There can also be a lack of understanding of how Korean businesses function, such as their reporting and management structures and approval processes, Lingard adds. “That means they need sophisticated counsel to advise on arbitrator selection—the most important early strategic choice in arbitration—and locate arbitrators who bring to bear the most relevant experience, including cultural sensitivity.”

When it comes to cross-border dispute resolution mechanisms, arbitration is generally the most effective, Lingard says. This is thanks to the New York Convention, which means it results “in an award that is enforceable right around the world.” With adequate mechanisms in place in Korea, and the local arbitration scene continuing to develop, the future for firms specializing in this area is positive.

“It can help to bridge cultural differences between parties because it allows parties to design for themselves the procedures by which to conduct their dispute,” says Lingard, and therefore parties can select an arbitrator who is familiar with its cultural practices.

As the process requires more limited document disclosures than many national court systems, Lingard believes that the process can be helpful for Korean parties “seeking to minimize their costs of translating and managing Korean-language documents.”

And while clients are enjoying the benefits of arbitration, South Korea, already an arbitration-friendly jurisdiction, is further easing the way for those who require the dispute resolution mechanism, something McClure has watched up close.

Noting the establishment of KCAB International to promote international arbitration, has garnered strong government support. “That is, in my view, an excellent organization, making great efforts to promote itself and also to promote Korea as an arbitration hub,” he says.

Lingard agrees: “The Korean courts are neutral and known to take a pro-arbitration approach to approving and enforcing arbitral awards. Arbitration in Korea is effective and a worthy competitor of any other leading jurisdiction for arbitration,” he says.