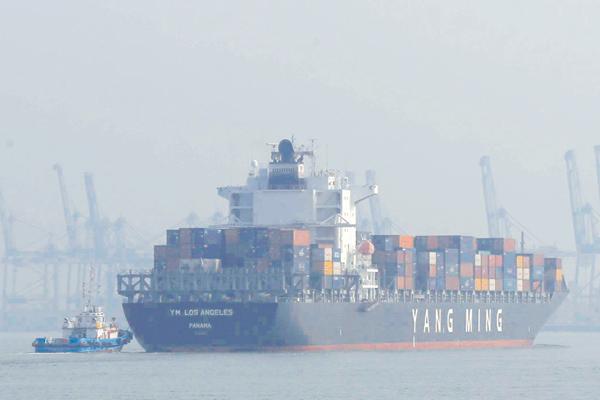 Malaysia’s dry cargo shipping industry is battling to stay afloat as lower crude oil prices and falling freight rates have led to mounting debt and arrests of vessels. Companies are being forced to suspend operations, switch businesses and renegotiate loans, in the process generating more work for the law firms.

Malaysia’s largest shipping company — MISC — has exited its chemical tanker business due to heavy losses in that segment, while Johan Shipping and Asia Bulkers have defaulted on loans, says Nazery Khalid, maritime economist at Boustead Heavy Industries Corporation in Malaysia.

Kuala Lumpur-based MISC is owned by the country’s national oil company PETRONAS, and in 2011 it quit its container vessel business after a loss of $789 million over a three-year period.

At the peak of the shipping business in 2008, says Khalid, the chartered rate for very large crude carriers reached $100,000 per day but now they are nowhere close to that.

There has been no reduction in the operational costs of the shipping companies. In fact, they may have even risen as, according to Philip Teoh, partner at Azmi & Associates, the reduction in oil and gas prices has left less money with the oil companies to spend on the purchase and chartering of vessels.

The situation has been further compounded by the 14 per cent fall in Malaysian ringgit against the U.S. dollar since 2014, says Teoh.

There has been one lifeline for the Malaysian oil and gas shippers as the oil supplies from the Persian Gulf to Asia continues unhindered and China is even stockpiling the low-priced crude oil. However, according to Khalid, when the value of the cargo is less, then the cost of transporting also gets reduced proportionately.

The falling revenue is clearly hurting the dry cargo shippers but currently the constraints of getting capital funding is the basic problem for the industry, says Jeremy M Joseph, founder of Joseph & Partners, a specialist maritime law firm in Malaysia. “Local maritime banks and financial institutions must understand that the capital intensive shipping market needs huge investment and the payback period is long,” he says.

According to Teoh, on loan default, the creditors proceed to arrest ships, which includes the banks repossessing the vessels.

However, it is not easy for the banks to call for their shipping clients to be declared bankrupt. “Banks would not want to be saddled with the ownership of the ships as they are not in the business of operating them,” says Khalid.

Furthermore, in absence of demand for shipping services there is a domino effect on shipyards and a whole range of support services including logistics, supply chain, financing and consultancy, says Khalid.

Even while the shipping industry is unable to absorb the increased capacity, new ships continue to enter the market, causing a further fall in the freight rates, says Khalid. “Only those companies that have deep pockets like the Danish container giant Maersk continue to invest in new ships with greater economies of scale and higher energy efficiencies,” he says.

There has also been new marine-related projects and expansion of existing ports in Malaysia, says Khalid. This has also kept up the demand for tugboats and anchor handlers, he says.

The country’s shipping infrastructure has also grown as the Malaysian ports are bolstered by the relocation of the regional base of the major lines such as Maersk and Wan Hai, says Teoh. “They have grown in tandem with the two major ports in Port Klang i.e. North Port and West Port,” he says. “Tanjung Pelepas port is also equipped with the latest infrastructure.”

The ship makers had their own share of trouble in form of the 6 percent GST being implemented by Malaysian government in March this year. “Malaysian shipyards and ship builders immediately became six percent more expensive than Vietnam, China and Korea,” says Teoh.

According to Joseph, there are about 120 registered shipyards in Malaysia, mostly located in Lumut, Miri, Kuching, Port Klang, Kemaman, and Pasir Gudang, and accounts for just 1 percent of the world’s total deadweight tonnage. “Despite some positive developments in the Asian region, the Malaysian shipping industry outlook is poised to remain challenging as overcapacity is still a looming issue for all major segments of the sector,” he says.

According to Joseph, if this situation persists for a longer period of time, it will even affect the number of new ships being built and will force the local shipyards to operate at lower margin.

The investments expected in the shipping sector in 2015 was anyway expected to be discouraging, says Joseph. “Shipbuilding and ship repair had been removed from the Malaysian Promotion of Investment Act in 2011, he says. “These had earlier enabled investors to enjoy pioneer status privileges and other government perks.”

The reduced demand for container vessels has forced some companies to convert these vessels into floating platforms for production, storage and offloading, says Khalid.

For the legal professionals serving Malaysia’s shipping industry, this downturn has not been bad at all. According to Joseph, the rising disputes, sale of ships and enforcement cases against shipping vessels have created more work for the law firms. “It is a fairly good session for us and the other firms are also quite busy,” he says.

Dispute resolution constitutes the bulk of the new assignments. “Litigation and arbitration are on the rise, while in the transactional business, there is a greater interest in setting up companies in Labuan, a federally administered offshore registry jurisdiction in Malaysia,” says Joseph.

Under Labuan or the Malaysian International Ship Registry, foreign vessels can fly the Malaysian flag and thereby qualify for long term contract from PETRONAS, TNB and other big Malaysian Government-linked companies. In the conventional onshore registry where majority Malaysian shareholding is required, only Malaysian vessels get those contracts.

Furthermore, says Joseph, the foreigners can have a sense of control and ownership of company registered in Labuan. “I am also advising that to my clients and have already seen five such cases this year.”

However the increased business in not prompting the law firms to hire and expand. “There are very few mid-level lawyers in Malaysia who deal with shipping matters,” says Joseph, “we have no choice but to take on junior ones and spend a lot of time in training them.”

This situation has also created an opportunity for foreign lawyers, as according to Teoh, an increasing number of them, including those from Netherlands and English barristers are getting involved in arbitration in Malaysia. “This has upped the ante for the Malaysian lawyers in this field, which is good,” he says, “as shipping is advancing and re-inventing itself, the lawyers must too.”

The resolution of shipping industry disputes is supported by the Malaysian Admiralty Court which has been operational since October 2010. According to Teoh this court and the Regional Centre for Arbitration have a great deal of technical capability in the subject.

For a turnaround in the shipping industry there has to be a convincing recovery of the global economy, says Khalid.

And according to Joseph, “once the oil prices start to increase, things will start to get a bit better for the shipping industry.”