This article first appeared on June 6, 2017 in ALB Insights, a weekly, ad-free newsletter that is sent to subscribers.

Hong Kong-based Howse Williams Bowers has been on a meteoric rise since its founding just five years ago. After building a solid base by hiring nearly 20 partners, the firm is now looking to promote from within, reports John Kang.

The year 2016 was a good one for Howse Williams Bowers. The Hong Kong law firm made six key partner hires, including a banking partner from JP Morgan, a property partner from the Hong Kong government’s Lands Department, and a team of restructuring and insolvency lawyers from Ashurst.

HWB earned the third spot in the Hong Kong domestic table of ALB’s Top 50 Largest Law Firms in Asia survey last year, with a total of 22 partners and 55 associates.

At present, the firm has 110 fee-earners, 24 of whom are partners, making HWB the second-largest local firm in Hong Kong by lawyer count. The firm has been on a rapid climb, quintupling in size since its founding in 2012.

In its first year, HWB appointed six partners, and has steadily appointed partners every year since then. “We always intended to set up a full-service law firm with substantial contentious and-non contentious departments, rather than a boutique which specialised on a few areas of law,” said Chris Howse, a founding partner of HWB. “In order to achieve this, we have to be a certain size and we have to find people of the right quality.”

Now that HWB has reached a reasonable size, the firm is less likely to rely on lateral hires, which Howse believes only works out a third of the time. “Statistically, only one out of every three lateral hire works,” he observed. “That was our experience in the early years. Although, to be fair, the partners who left us mostly did so for personal reasons or because they wanted to leave Hong Kong.”

He continued, “There is always a risk with the lateral hires as you do not know whether someone will fit into the firm culture. Fortunately, we now have sufficient critical mass with solicitors in the firm becoming progressively more qualified, so majority of our partners in the future are likely to be promoted internally.”

HWB’s three founders – Chris Howse, Christopher Williams and Kevin Bowers – and half of its current partners are all from the Hong Kong office of UK firm Richards Butler.

“Richards Butler in London was a great law firm. At the time I worked there, it was a friendly firm and very collegiate,” recalled Howse, who was the managing partner of Richards Butler Hong Kong from 1983 to 2011.  “I would like to think that we created much of the same culture in Richards Butler Hong Kong, and that culture has moved with us to HWB. We are a group of people who enjoy working in the law and working with each other. We don't like the hassle, the admin, the red tape and in-fighting you often get in the large law firms.”

In its first year, HWB was known as the breakaway from Richards Butler Hong Kong. But “that phase is over,” said Howse. “The market now knows the firm.” 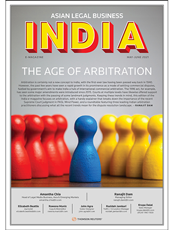