This article first appeared on November 21, 2017 in ALB Insights, a weekly, ad-free newsletter that is sent to subscribers. To purchase your subscription, please email Amantha at amantha.chia@thomsonreuters.com or call her at +65 6870 3917. 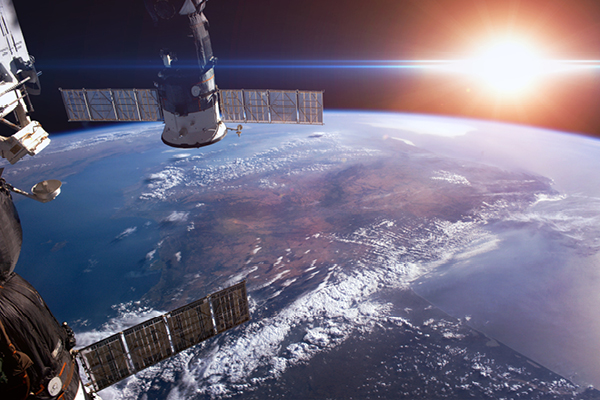 The business of space has really grown in Japan in the past few years, and so has the resulting legal work. John Kang finds out more about this exciting new practice area, as well as the pressures it entails.

The past few years have seen the space business take off globally. In 2015, venture capital groups invested $1.8 billion in commercial space startups, more than in the last 15 years combined, according to a report by aerospace consultants the Tauri Group that was partly funded by NASA.

It was a tipping moment for Japan as well. As one of the most advanced Asian countries – together with China and India – in the development of space technology, Japan saw several of its own startups raise tens of millions of dollars in the same year.

A year later, the Japanese government passed two new laws, one regulating space activities and the other about data from remote sensing satellites. And earlier this year, the government set a goal of doubling the size of the space industry to about $20 billion by the early 2030s.

“It is a clear message to the public that the government is really committed to stimulating the space business,” says Atsushi Mizushima, a partner at Nishimura & Asahi and vice chair of the First Tokyo Bar Association’s Space Law Committee.

As Japan’s development in space business goes full throttle, this is creating a new niche area of practice for the country’s lawyers. So called space law work includes advising clients with abiding by space law and how legislation is expected to go in the future, as well as space-related businesses for contractual work, business alliances, investments, fund raising, and IP strategy.

“My practice mostly covers domestic Japanese laws, but you always have to be aware of the international laws governing the international transactions and activities,” says Mizushima. “And sometimes we advise clients with respect to the laws of specific countries, and if that’s the case, we work with outside firms or the local branch of our firm to check with the domestic situation.”

Mihoko Shintani, a counsel at TMI Associates, is another of the few space lawyers in Japan. She became a member of the Policy Consideration Committee of the Cabinet Office last month.

“I mainly discuss governmental compensation for damages in orbital activities in outer space. Currently not all damage occurring in outer space is covered by the insurance of existing insurance companies, if any accident occurs in orbit,” she shares. “Based on these circumstances, I am considering introducing a scheme in which the government has the responsibility to indemnify.”

With more than 90 percent of demand in Japan’s space industry coming from the government, most of Shintani’s clients are from the Japan Aerospace Exploration Agency (JAXA) or huge companies like Mitsubishi.

About half of Mizushima’s clients are startups, fitting for a man who is the founder and director of Spacetide, a non-profit organisation which supports space and aerospace startups in Japan. He estimates there are about 20 space-related startups in the country at present, half of which are backed by more than a million dollars in VC funding.

And about a third of his space law practice comes from legacy space companies, as well as from other industries. Examples of non-space companies are pharmaceutical firm PeptiDream and local telecommunication giant KDDI, which are now trying to expand beyond their legacy businesses, he shares.

Space law work is understandably different from other more common practices. Mizushima, who is primarily an M&A lawyer, says the biggest difference is the rapidly changing environment of legislation and policy, as well as the huge amount of risk the businsess carries. “The risk is very big if it occurs, and sometimes you can’t expect the magnitude and probability of the risk because you can’t tell if the rocket will explode,” he says.

Shintani agrees, noting that there is a huge gap in terms of risk appetite between the space business and others. “The aspect which astonishes me most is the sheer amount of financing involved for space exploration,” she says. “It might not be difficult to imagine, but officially ordered satellites cost a billion dollars each.

“Even a tiny flaw or defect will result in enormous losses. A short delay in the launch of rocket can cause massive fuel consumption bills, adding hundreds of thousands of dollars in costs,” she explains. “Hence, accurately identifying thr risk is critical. I have been feeling great pressure since getting involved in this business.” 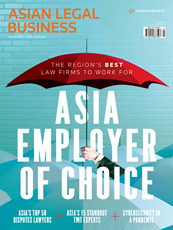