India has moved one step closer to liberalising its legal market, after Suresh Chandra, the Union Law Secretary, formally called a meeting in New Delhi on Sept. 29 to discuss draft rules governing the entry of foreign law firms and lawyers.

Set to attend the meeting are various Indian ministries, including finance and commerce and industry, chambers of commerce like Federation Of India Chamber Of Commerce & Industry (FICCI) and Associated Chambers of Commerce and Industry of India (ASSOCHAM), and the Society of Indian Law Firms (SILF), which has been one of the more vocal opponents of the liberalisation of India’s domestic legal domestic market.

At the heart of the dispute is the contention that Indian law professionals and firms will not be able to compete successfully with their foreign counterparts as they currently do not possess the financial wherewithal to do so.

Manoj Kumar, managing partner of Hammurabi & Solomon, says that the fears are greatly unfounded as the domain of practice for foreign firms is very limited. “It is percieved to be very wide,” he said. “However, the rules only allow them to set up offices in India to practice foreign law, international/cross-border transactions and international arbitration, and not domestic law practice or litigation."

Lawyers like Kumar believe that liberalisation will mainly have a positive impact on the industry, making it easier to do business in India. In particular, he mentions the country’s start-up sector, which currently has more than 4,000 companies and seen more than $18 billion in investments until 2015.

“The impact of liberalisaton will primarily be felt by the clients, and it will be a positive one, as I expect legal services to become more affordable as a result," said Kumar. “In particular, Indian entrepreneurs needing multi-jurisdiction legal assistance in other counties presently have to depend on legal services offered by concerned foreign lawyers through their offices in either Singapore, London or New York, which can be unaffordable. It is high time that the reforms take place so the business prospects of the country can improve, and we can achieve the target GDP of $5 trillion in the next few years.”

It could have a positive impact on India’s law firms as well. Jayesh H, founder partner of Juris Corp., says that lawyers will have to leverage technology following liberalisation, and that could lead to a jump in productivity.

“Law firms will see faster turnarounds and an increase in profit margins without increasing chargeout rates. There will be greater value-add as lawyers will be freed from more mundane work,” said Jayesh.

He also points out that there are a number of misconceptions about liberalisation. “Some believe that it will drive up costs for clients. It’s like saying offshore institutional arbitration is expensive. The reality is that ad hoc arbitration, while appearing cheap upfront, is actually far more expensive in its totality. It is also a misconception that liberalisation will render Indian lawyers unemployed or underemployed,” noted Jayesh.

And Jayesh is among those who believe that liberalisation cannot come soon enough. The recommendation submitted to the governing body plans to gradually allow foreign law firms to enter India in three phases, each of which is about five to seven years in duration.

“Why not a Big Bang? Why a graded approach?” asked Jayesh. 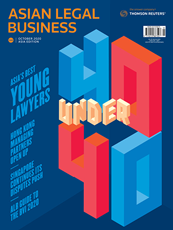