The New Zealand financial markets regulator will encourage the country's stock exchange to make greater efforts to foster algorithmic and high-frequency trading activity, the country's most senior financial regulator has revealed. Unlike regulators in Europe and the U.S. where there are concerns that high-frequency trading (HFT) may have become too prolific, the Financial Markets Authority (FMA) believes an increase in algorithmic trading would bolster liquidity and create a more efficient market in New Zealand.

Sean Hughes, chief executive of the Financial Markets Association (FMA) in New Zealand, told Thomson Reuters that algorithmic and high-frequency trading were still very much in their infancy in the jurisdiction. He said the FMA had been watching regulatory developments in Australia closely and was encouraged by the pragmatic line that the Australian Securities and Investments Commission (ASIC) had taken on algorithmic trading. Hughes said that illiquidity was more of a concern to the FMA at this stage than the issues surrounding HFT.

ASIC has released a raft of research into HFT and dark pools which found that algorithmic trading in general had a positive impact on market integrity and efficiency. While ASIC was more circumspect about the role of dark pools — and the subsequent market fragmentation — it said that HFT was a valuable provider of liquidity.

A report from ASIC released earlier this year found that the public concerns over HFT had been "overstated and can be attributed to the increasing use of trading technology by investors generally."

Hughes said that ASIC's research was being followed closely in New Zealand — especially given the high number of dual listings on the NZX an ASX.

"Certainly it's difficult for us to disagree with where the team at ASIC are going on this. We certainly welcome the research and the reports that they've put out. It's informative for us even more so because our largest companies are dual-listed on the ASX and they are the most popular traded companies," Hughes noted.

"That said, the NZX is largely populated by small players and it's largely illiquid."

Given the liquidity issues on the NZX, the financial markets regulator believes that algorithmic trading — and in particular HFT — could be a valuable contributor to liquidity outside the main dual-listed stocks.

"To some extent the NZX and the regulator would like to see some support for the small illiquid stocks by greater use of algorithmic trading," Hughes said. "The problem in New Zealand is that only about 20 to 30 percent of daily trades by value are on market. So we do have a problem with illiquidity."

In terms of facilitating algorithmic trading, the FMA would like to see a relaxation of the current fee model to give algorithmic trading firms more of an incentive to enter the New Zealand market. The FMA does not want to dictate pricing but at the same time it believes high levels of liquidity would be beneficial for the market operator.

"The other issue around algorithmic trading is that the NZX fee structure does not really support it. We do have an open mind on this. We are certainly happy to look at what's been happening in Australia," Hughes said.

He added that it was important for regulators to cut through the hype and not yield to public fears over the growth of computer-based trading.

"I agree with what ASIC is saying about the overriding mandate around transparency and the ability to look through and ensure that the market is operating in a transparent and fair and orderly manner. That's really where were going. So were not a million miles apart from Australia on this one," Hughes said.

Greg Yanco, head of market supervision at ASIC, said the ultimate outcome that ASIC was trying to achieve was fair and efficient markets and confident and informed investors. He said this was the overriding goal regardless of the state of technological change.

"What we've seen in the last couple of years, driven by technology, are some significant changes in the way markets operate. Some of this has been through HFT; that's certainly changed the dynamics of the market. The average trade size has come down significantly in the last ten years to a couple of thousand dollars," Yanco said.

Yanco also said it was important to recognise that buy-side participants — the institutions and fund managers — were also big users of HFT and algorithmic trading in general. He said this flew in the face of the market view that HFTs were nibbling away at orders or front running at the expense of buy-side traders.

"What we've found is that the buy side are massive users of technology. Latency is important to them because they can slice their orders up into very small chunks and reduce their tracking error against their benchmarks. So it's quite important to them," he said.

The FMA is about to release its latest market oversight review on the NZX. The upcoming review, which is due out before the end of this month, is set to address some of the issues surrounding algorithmic trading. Hughes said the key would be to foster higher levels of algorithmic trading without compromising the fairness and orderliness of the New Zealand market.

"The overriding mandate — similar to Australia — is fair orderly and transparent markets and that's something we are considering at the moment with our annual oversight review," Hughes said. 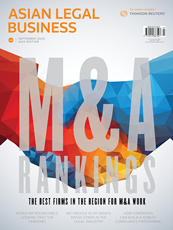