The Philippines issued new rules for ride-sharing services such as Uber on Wednesday, becoming the first country to regulate specifically for such app-based car-hailing operations and prompting threats of legal action from the taxi industry.

Under the regulations, private sedans, SUVs and vans less than seven years old can be accredited and tapped by ride-sharing firms like Uber and GrabCar.

Transportation Secretary Joseph Emilio Abaya said such services were needed due to the lack of adequate mass transport in Manila, Southeast Asia's second most congested city after Jakarta according to research firm Numbeo.

"We should not see it as something that will damage the old taxi industry, but merely to offer better services and compel them to modernize and innovate," Abaya said at a briefing this week ahead of the launch of the regulations.

U.S.-based Uber, the world's most valuable venture-backed start-up valued at $40 billion, already faces legal challenges around the world over how it pays drivers, charges passengers and ensures their safety, and for violations of transport laws.

It uses technology to connect private citizens using their own cars with customers seeking a ride, to the ire of traditional taxi operators who say its drivers do not have to pay license fees or comply with local regulations.

Uber sees a lucrative market in the Philippines, given Manila's population of as many as 15 million people, Laurence Cua, Uber's Philippine general manager, told Reuters.

"These new regulations put the safety of consumers first, while recognizing the value of companies like Uber and the power of their technology to improve the quality of transportation in the city," Cua said.

But Uber and similar companies are unlikely to find it a breeze to operate in Southeast Asia's fastest-growing economy, with the local taxi industry threatening to sue the government to protect around 27,000 cabs plying their trade in the capital.

"Only in the Philippines is the taxi industry unprotected. Everywhere else, the government understood the investment of the taxi industry in their operations," Jesus Manuel Suntay, head of the National Taxi Operators Association, told Reuters. 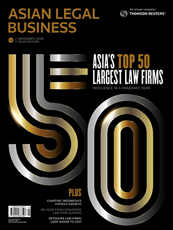