South Korea plans to ease rules to make mergers and acquisitions easier for private equity firms and local companies in a bid to facilitate the sale of an estimated 10 trillion won ($9.34 billion) in assets of cash-strapped local conglomerates.

The plans, announced by seven ministries and led by the country's finance ministry on Thursday, are geared chiefly toward bolstering appetites for a slew of local distressed assets awaiting sale in sectors like shipping and finance.

The volume of M&A activity in South Korea has seen its strongest start to the year since 2008, rising 18 percent to date.

Under the planned changes, South Korea would allow private equity firms to acquire a company's entire business division, for example a lucrative shipping line, rather than restricting the firm to buying a stake in the entire company. That would make it easier to cherry-pick attractive businesses.

Private equity-backed companies will also be able to list on the local stock exchange, unlike in the past when a strict interpretation of rules on investor protection blocked such companies from going public.

Private equity-backed M&A deals in South Korea have had a bumper year so far, led by KKR and Affinity's $5.8 billion sale of Oriental Brewery to Anheuser Busch InBev SA in January, plus the $1.93 billion sale of Tyco's South Korean home security business to Carlyle Group LP on Monday.

Seoul wants to facilitate what the ministries estimate as 10 trillion won in assets expected to be sold from cash-strapped conglomerates like the finance units of Hyundai Group, the port business owned by South Korea's largest shipping line, Hanjin Shipping, and bulk shipper Pan Ocean , which is currently under court receivership.

The ministries said they expect to begin seeking parliamentary approval or have most of the changes adopted by the second half of this year. 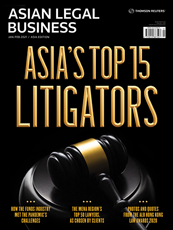