Asian International Arbitration Renaissance [Brought to you by M.B. Kemp] 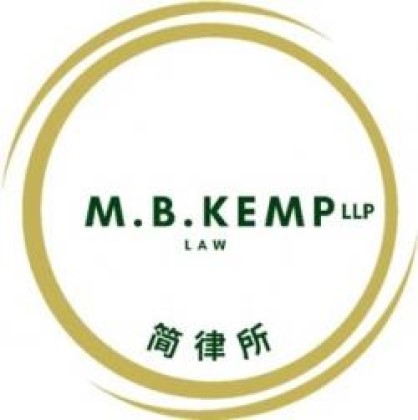 Transformation of Asia Relative to the Global Economy

The rise of Asia’s dominance over the global economy was not an overnight phenomenon.

The economic transformation of Asia was spearheaded initially by Japan, and then subsequently by South Korea, Singapore, Indonesia, Thailand, Malaysia, China, and India. In the Gulf Cooperation Council (“GCC”) region, the discovery of oil and gas in the early 20th century gave rise to natural resource economies in the Middle East, namely, Saudi Arabia, the UAE, Qatar, Kuwait, Oman, Iraq, Iran and Bahrain. For the Central Asian states, the fall of the Berlin wall and the collapse of the Soviet Union in 1989-1991, led to the creation of resource rich economies in Azerbaijan, Kazakhstan, Turkmenistan and Uzbekistan.

This period of economic growth did not stop – Asia still experienced significant economic growth in the 21st century as well. For example, in the last two decades, new Asian economies have surfaced as global players, e.g., Philippines and Vietnam, with Vietnam listed currently as one of the best performing economies in Asia. Simultaneously, the already-established competitive economies in Asia, e.g., China, started to re-engage and build relations with the rest of Asia, Africa and Europe. China’s Belt-and-Road initiative is one such example – China used this initiate to build relations with the “developed Western world” by developing infrastructure projects, increasing trade and investment with its financial institutions, sharing human capital and management, and so on.

The transformative results of economic progress in Asia are set out below:

In view of the above, it should come as no surprise that, at the start of 2020, the largest four Asian economies (China, Japan, India and South Korea) were ranked amongst the top 10 largest economies of the world, in terms of GDP:[iv]

To demonstrate the progress Asia has made in the last 30-40 years, the following countries were the largest economies of the world as of 1980:

By comparing the two tables above, one can see that China, for example, progressed from a GDP of $303 billion in 1989, and ranked 6th amongst the largest economies of the world, to a GDP of $14.7 trillion and ranking 2nd behind the United States.

The above snapshot of the economic size and power of Asia in the 21st century can be described by looking at (a) Asia’s international trade with global superpowers, such as the United States; (b) increased use of technology, such as internet connectivity; (c) increased demand for venture capital and private equity investment; and (d) increased energy demand.

One of the causes of the increase in the economic size and power of Asia in the 21st century is the increase of international trade between Asia and the rest of the world. Most of these countries are net exporters, meaning in aggregate they sell more goods to foreign countries through trade than it brings in from abroad. Countries that are net exporters usually take advantage of an abundance of natural resources, lower operational costs and weaker currencies. A net exporting country also typically experiences a current account surplus versus net importing countries.

The table below demonstrates the scale and size of international trade of the leading Asian economies (China, Japan, India, South Korea, Indonesia, Thailand, Hong Kong (PRC), Singapore and Vietnam) and shows the dominant position of China as a world trading power both within and outside Asia. Further, the table illustrates enormous scale of intra-Asia trade. Below, you will see that this finding directly correlates with the growth of arbitration cases within arbitration centres of leading Asian economies and growth of arbitration institutions all across Asia.

The widespread use to technology has led to an explosion of business activity within Asia.

The below table shows the sheer scale of growth of Internet users in the largest Asian countries (population wise) and there is still room to improve these numbers.

This snapshot shows the growth of digital economy in the 4 large economies of Asia. The growth in the internet usage has lead to the following developments, which were provided in McKinsey & Co’s report titled, “How Asia can boost growth through technology leapfrogging”:

The above shows the sheer speed at which technology and technological innovation is transforming Asia and allowing it to compete with the world’s largest technology hubs globally.

Some Asian governments have been vital catalysts for the development of technology in recent years, steering its commercialization and execution. In China, for instance, the government’s stated aim is to develop a domestic AI industry worth nearly $150 billion by 2030. India has launched several programs that link technology and social development, such as the digital ID program, as a strategic tool for delivering government services, managing budgets, and increasing financial inclusion. Malaysia has formed digital free trade zones through which $65 billion of goods and services are expected to flow in the period to 2025.

Each of the Four Asias has strengths and challenges. Advanced Asia has strength and depth in technology companies but has far fewer unicorns than other major economies, and its economic growth is slowing. China has a rich ecosystem of start-ups, being home to 26 percent of the world’s unicorns, and has increased IP creation rapidly, but it continues to rely on imports of key specific technologies and, more broadly, of core IP.

The rise of venture capital and private equity investment in Asia has allowed for an efficient and transformative allocation of capital in industries and sectors across Asia.

In the US, in the first half of 2021 alone, nearly $140 billion was invested in deals by venture capital funds.[xxviii]  Further, in 2019, “1,679 PE investment vehicles with a North American focus raised over $460 billion in capital commitments.”[xxix] Therefore, in comparison to the US, there is still room for growth in venture capital and private equity investments in Asia. This is illustrated clearly as follows:[xxx]

The increase in private equity and venture capital activity in Asia is further demonstrated by the number of unicorns[xxxi] in the Asia Pacific region as of April 2021.

Energy Production and Consumption in Asia

Asian countries remain some of the largest producers and consumers of energy (oil and gas) in the world, which provides a resource of a significant amount of its trade with the rest of the world.

However, in light of the climate change awareness, rise in pollution and healthcare related costs, Asian countries have gravitated towards cleaner energy alternatives, such as wind, solar, hydropower, biomass and geothermal. Asian countries are now actively investing in clean energy to create a more sustainable economic alternative to fossil fuels and reduce dependence on oil and gas imports. The table below provides the countries with most investment in clean energy alternatives:

The table above shows that there is room for more Asian economies to invest in clean energy. Based on our international experience in Western and Eastern Europe, these Asian governments will need to incentivise investors to invest their capital in clean energy projects but must do so carefully in order to avoid breaching its international treaty obligations with investors investing in fossil fuel production from foreign countries.

The explanation of the causes of Asia’s economic growth above only provides a limited snapshot of the situation in Asia; it is not meant to be an exhaustive analysis of all Asian markets or the effects of all business sectors (especially in light of the impact of COVID-19). If one reviews data on global defence spending, telecommunication usage and spending, investment and growth in the use of low cost carriers in the aviation industry and the ever increasing scale of FMCG sector, it is most likely that Asian countries and companies will further dominate these statistics.

Correlation between the Rise in Economic Activity and International Arbitration

The rise of international arbitration cases at the largest international arbitration centres (for example, SIAC, HKIAC and KCAB, see more on this below) in the last 5 years correlates with the economic growth in Asia, fuelled by the movement of private equity and venture capital funds to Asia, rapid rise in the use of the Internet usage across Asia, rise in the consumer related e-commerce companies, rise in logistics companies, increase demand for infrastructure and energy related projects, development of technologies, AI and IP related rights, rise of manufacturing goods industry and so on.

Based on our experience, our Asia focused international arbitration practice has provided us with a ring side view of this Asian renaissance and enabled us to assist a variety of investors and companies across Asia. Our experience has also confirmed our argument that there is a positive correlation between the rise of economic growth and the rise of arbitration cases and centres all across Asia. By way of example, in the last 5 years, we have acted on the following disputes which demonstrate this point:

The reason that international arbitration has emerged as a dominant mechanism to deal with cross border disputes in Asia is due to the users’ positive experience with being able to design their arbitration agreements in a manner that allows them to have legal certainty and commercial comfort as they invest in new regions, countries or geo-political climate. This predictability and comfort is primarily achieved as follows:

With these characteristics, many multinational companies gain comfort in expanding their business networks to jurisdictions all over the globe, with the certainty that they can submit themselves to an identical dispute resolution mechanism regardless of where the dispute arises. Thus, by design, the international arbitration mechanism has protected foreign investments in growth markets of Asia and given foreign investors and companies’ ability to take risks in these markets. Collectively, this enabled massive inflow of foreign direct investment in Asia (both from within Asia and outside Asia) and has resulted in economic renaissance all over Asia.

Rise of International Arbitration in Asia

As will be explained below, the increased prevalence of arbitration in Asia is not merely anecdotal. By number of arbitration filings, in Asia, the following arbitration centres have reported significant growth in arbitration matters and is illustrated as follows:

Each of the above named arbitration institutions are ably supported by arbitration-friendly national courts who have developed arbitration-related jurisprudence in support of international arbitration practice and recognition and enforcement of arbitral awards.

In addition to CIETAC, SIAC, HKIAC, KCAB, and VIAC, almost every country in Asia is now supporting the practice of international arbitration. In addition to the above, some of the other leading arbitration centres in Asia include:

Future of International Arbitration in Asia

In the next twenty years, there is no doubt that Asia, and the leading Asian economies led by China, will have greater economic and geo-political power to shape the future of global trade and commerce.