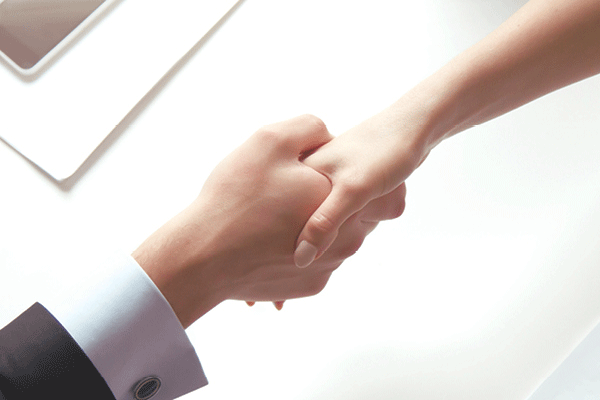 Being a woman in the business of law is not easy, as issues related to gender parity and diversity seem to plague the legal industry. And despite some laudable efforts, law firms are a long way off from closing this diversity gap.

For this year’s ALB’s annual celebration of women in Asia’s legal industry, ALB sent out survey forms to a handpicked list of elite firms and organisations to profile gender diversity in the region. A total of 25 respondents sent in their input, and the following are the survey findings.

To have a successful career as a lawyer, women have had to face considerable obstacles, such as achieving work-life balance. As technology evolves and makes communication channels more efficient, most lawyers are expected to remain accessible to their teams and clients throughout the day and even into the night.

Owing to personal commitments, many women lawyers at some point have to decide which to prioritise: work or family? While men have similar concerns, women are still expected to play the traditional role at home and shoulder most family-related responsibilities. Those who can strike a balance between these important commitments will thrive, while those who struggle might find themselves facing the prospect or actually leaving the profession.

According to statistics from The Law Society of Singapore, the number of female lawyers in the city-state was at 42 percent in 2016. This indicates that women have made steady progress – back in 1973, only 15 percent of lawyers in Singapore were women.

The legal space has also seen more women becoming partners, judicial officers, judges and law professors. Some female lawyers, however, believe that more could be done to enhance their standing in the profession. Rebecca Chew, Rajah & Tann Singapore’s deputy managing partner, observes that women lawyers who remain in the industry tend to have the ability to focus on what really matters and multi-task efficiently as well as have good family support and a conducive work environment.

“For women lawyers entering law firms directly from law school, their starting salary generally tends to be on par with their male counterparts. But for women with experience, salaries do suffer,” she says. Indeed, recent data from Singapore’s Ministry of Manpower (MOM) show that the median salary for female lawyers is at $10,109, compared to male lawyers at $11,975.

The challenges that female lawyers in Hong Kong encounter are not that different from those faced by women lawyers elsewhere, points out Gabriela Kennedy, a partner at Mayer Brown JSM and head of the Asia IP and TMT group.

“We have a lot of work to do still to get rid of unconscious bias, achieve pay parity and get more women lawyers to progress to equity partner and, once there, be entrusted with key client relationships and reach the inner circles of power,” she explains.

Kennedy, who is also co-leader of Mayer Brown’s global IP practice, also cites other hurdles. “There are cultural factors at play too: deference to senior statesmen and the interesting power struggle within the family unit that holds many women lawyers in Asia back.”

The Singapore government has also been supportive of flexible work arrangements. “In my first year of practice,” shares Kennedy, “women were finally allowed to wear pantsuits to court. But it was not until more than a decade later that gender issues really began to be discussed. This is not so much because firms did some soul-searching and realised that you cannot be proud of having just one woman partner in Asia when more than 60 percent of your workforce is female. It was because clients that had implemented diversity policies started asking hard questions when it came to selecting legal providers.”

Firms in Singapore can now apply for MOM grants and incentives to implement flexible work arrangements. “There is also a greater emphasis on engaging our lawyers and staff in workplace health and wellness. Programmes that have been put in place including health checks and talks, exercise sessions, among others,” says Chew.

“The majority of our lawyers are women,” points out Kennedy. “And while the statistics are not the same at partner level, with 33 of our partners being women, we are ahead of the curve. We have an excellent business development platform that organises networking events focused on our women clients. This allows our younger female lawyers to learn from our more senior women lawyers and hone their business skills.”

Rajah & Tann Singapore has also invested heavily in technology, making it possible for its lawyers to be truly mobile and available. “We can respond to emails using our tablets, smartphones and notebooks, anytime and anywhere. Technology has made the practice of law more efficient and has also enabled lawyers, both male and female, to integrate work and life. We hope that with these changes, there will be no continued discussion on the challenges of women lawyers,” adds Chew.

What more can law firms do to advance women in the business of law? Rajah & Tann’s Chew believes female lawyers need to help themselves as well. “There is fear of failure of being a bad mother or wife or daughter. Without such fear, women can pursue professional success and personal fulfillment,” she says.

At the same time, law firms should encourage women to be vocal about issues regarding their growth and development as lawyers. As Chew stresses, “Women should not be shy in expressing their needs and in engaging management on issues that can enhance the practice of law. Women tend to be reticent about their achievements, and I strongly encourage all women to highlight their achievements and to take the lead on initiatives that they feel passionate about.”

Law firms should also recognise that it is important to have more women at the senior management level. They should strive to overcome the persistent belief that women are not interested in leadership and would rather tilt the balance in favour of family commitments.

In recent years, companies have started making the conscious effort to improve diversity at board level – some in response to regulatory requirements, while others as a box-ticking exercise. But more and more, they’re doing this because they finally realise it makes business sense.

Kennedy of Mayer Brown highlights the need to “think outside the pink box.” As she explains, “Bring women into key client relationships. Engage in community outreach programmes to change cultural attitudes to work and gender issues. Encourage, foster and reward good mentorship, which should be equal for men and women.”

She emphasises the need to “get rid” of this so-called pink box. “Do we really need mentorship just for women? Why should we have women lawyers’ awards and directories? Most women lawyers I have talked to are offended by this trend, which only serves to underscore the very gender divide we want to eliminate.”