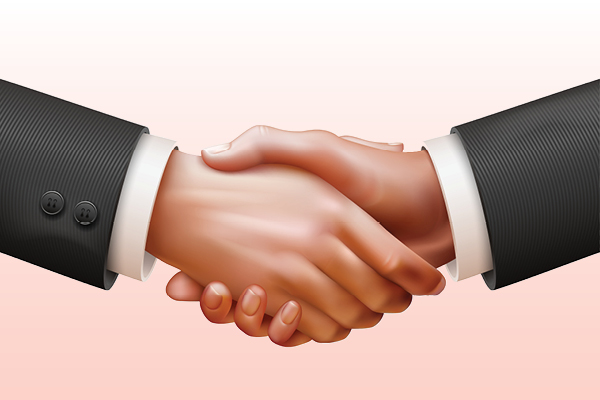 With Asia having a strong year in M&A, transactional lawyers in the region are more in demand than ever.

For the first three quarters of 2018, Asia struck a positive note in merger and acquisition (M&A) activity involving companies in the region. Japan saw the strongest level of activity since 1980, China’s biggest deal for the period is ongoing and both India and Indonesia introduced supportive government policies that should help boost M&A activity.

Across Asia Pacific excluding Japan, some 9,571 announced deals added up to $759.7 billion in value, up 8.5 percent from the same period in 2017, according to Thomson Reuters’ Mergers & Acquisitions Review for the first nine months of 2018.

M&A deals targeting Chinese companies have also broken records in terms of value. These deals recorded the highest nine-month value since 2015 at $41.61 billion, up 30.7 percent from the same period last year.

However, the rank value — which is calculated by subtracting the value of liabilities assumed ion transactions from the transaction value and adding the net debt of the target company — of the 4,187 deals announced during this period stood at $351.9 billion, slightly down 1.3 percent from the same period last year.

In turn, Japan delivered the best performance in the region. The country saw the most robust M&A activity in any nine-month period in nearly four decades, with M&A deal value surging 140 percent to $290.5 billion during the first three quarters this year. The number of announced deals also rose 10.6 percent to 2,951 from the same period last year.

A deal to note is Takeda Pharmaceutical’s $62 billion bid to take over Irish drug maker Shire, which is the largest-ever overseas acquisition by a Japanese company.

In 2019, Asia’s M&A activity will continue to grow, noted law firm Baker McKenzie in its 2018 Global Transactions Forecast report. The law firm predicts that next year most of the APAC countries, namely China, Malaysia, Singapore, South Korea, Thailand, Vietnam, India, and Indonesia will see a rise in M&A deal value.

A fast-growing market, India experienced a boom in M&A activity during the first three quarters of this year, data by Bloomberg suggests. Deal value involving Indian companies reached $104.5 billion for the nine-month period, already beating the total for all of 2017.

“More than doubled” is how Manoj Kumar, managing partner of Hammurabi & Solomon Partners, describes the value of M&A deals involving Indian companies during this period.

According to Kumar, domestic M&A activity has tripled its size in value since 2017. The law firm also noted that the first eight to nine months were fully occupied as compared to previous years.

Retail, financials, energy and power, and telecom were the sectors that saw major consolidation in 2018, Kumar notes.

The $16 billion acquisition of Indian e-commerce giant Flipkart by U.S. retail giant Walmart this year marked the biggest bid by a foreign buyer in the South Asian country. Foreign telecom forerunners such as Amazon, Alibaba and Tencent are also acquiring stakes in Indian companies to step up their presence in the country.

Finance experts in India say the new bankruptcy code has contributed to consolidation in industries. This is because the new code is bringing distressed assets up for sale at attractive valuations, especially in sectors such as energy and power.

Looking ahead, market watchers remain optimistic about India’s M&A activity, citing an unprecedented opportunity for deal-making thanks to the new bankruptcy code. Deal value could break the $100 billion mark again in 2019.

“The amendments made to the insolvency and bankruptcy codes along with capital market and regulatory reforms recently passed by the Indian parliament have made the Indian market more attractive,” Kumar says.

“We believe that the deal activity is likely to be boosted by India's 'Housing for All' scheme, which should have a multiplier effect across the value chain, as well as the growth in credit as a result of the recapitalisation of public sector undertaking banks, along with non-performing asset resolutions,” he adds.

Kumar further suggests that the recent move by the Securities and Exchange Board of India will boost IPO activity. The Board decided to reduce the number of years of financial information needed to be provided from five to three.

However, the fall of the rupee to an all-time low could hamper business confidence. Foreign investors may wait for an even weaker rupee to place their bids.

About 40 deals worth $10 billion were recorded in the country during the first three quarters of 2018, compared to 54 deals amounting to $9.2 billion for the same period last year, data from Mergermarket suggests.

“From general observation, considering the slowing down of the global market in 2018, surprisingly the M&A activity still seems really active in Indonesia, particularly in industrials and consumer goods and service,” says Luky Walalangi, managing partner of Walalangi & Partners.

He attributes the robust activity to the sheer size of the population and the political stability of the country, among other factors.

One of the noteworthy deals involving Indonesian firms in 2018 was Temasek ’s $1.1 billion divestment of its stake in Indonesian Bank Danamon to The Bank of Tokyo-Mitsubishi UFJ. The Japanese lender is on its way to complete what could be the biggest takeover of an Indonesian firm after the Southeast Asian country approved the plan in July.

Local firms are also waiting for their turn to strike deals. Indonesia’s biggest cement maker, the state-owned Semen Indonesia, is raising $1.25 billion through a bridge loan for its bid attempt that targets the local business of Swiss company LafargeHolcim.

“Due to new introduction of several new fintech regulations, we have also seen quite an increase of acquisition transaction in fintech,” Walalangi notes.

As part of an economic stimulus package, the Indonesian government plans to revise the 2016 Negative Investment List. The move aims to open more sectors to foreign investors to attract foreign direct investment.

Looking forward, Walalangi points to an election in April as a factor that may slow M&A activity in early 2019. However, if the current president can hold on to power next year, things will continue to look bright.

“For the first quarter, [M&A activity] may be slower compared to the same period of 2018 due to the election. Also, there are unlikely to be any significant changes until elections are over,” he notes.

“If the incumbent remains in office, we expect the government will continue to prioritise infrastructure development and the energy sector and speed up the projects.”