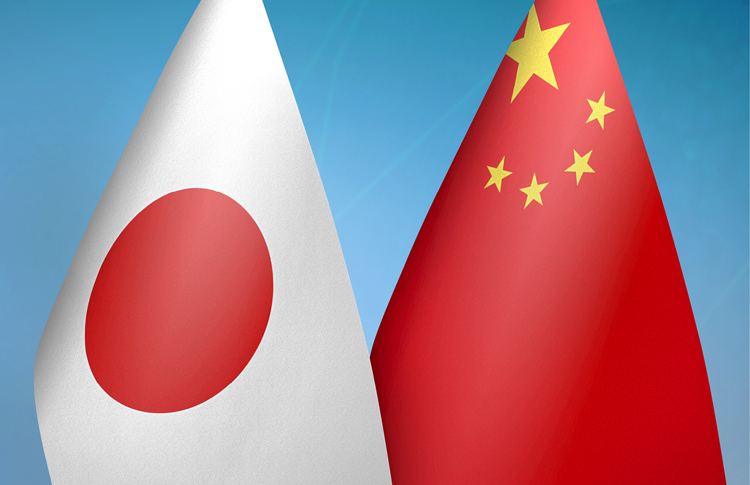 As two of the world’s three largest economies, Japan and China have had strong trade and investment links for decades now. And even as geopolitical tensions appear to be rising, Japanese companies still see China as an attractive investment destination.

Despite geopolitical trade tensions between China and Western countries, Japanese companies remain largely bullish in China. According to a September Japan External Trade Organisation survey cited by Nikkei Asia, just 7.2 percent of companies said they would move or consider moving their production out of China, and this number had decreased from 9.2 percent in 2019.

While there are regional geopolitical considerations that businesses should consider, China continues to be an attractive destination for Japanese investment, lawyers say.

“Since the 1980s, Japan’s investments in China has boomed thanks to the signing of the Treaty of Peace and Friendship between Japan and China, the Reform and Opening-up of China, and China’s participation in the WTO, etc. The latest peak was in 2012, hitting a record high with $7.38 billion. However, the amount declined for several successive years due to the territorial disputes between the two countries,” Zhang says. “We believe that China and Japan are complementary in their economies and to strengthen cooperation is beneﬁcial to both countries.”

“Geographically speaking, Japanese investors had preferred the northeast area in the 1980s, the Pearl River Delta in 1990s, and have then shifted to Shanghai or Jiangsu since the 2000s. We believe this is in accordance with the gradual evolution of China’s economic emphasis,” Zhang says.

She adds that Japan and China have been “cooperating in third-party markets under the Belt and Road Initiative, bringing new momentum to Japan’s overseas direct investments.”

“By enlarging their investment scale in China, Japanese investors can fully exert their leading technologies with China’s complete manufacturing system and provide high-quality products to the countries along the Belt and Road routes with a competitive price,” Zhang adds.

Still, Shearman & Sterling partner Karl Pires, who is based in the ﬁrm’s Tokyo ofﬁce, says the biggest challenge for investors continues to be “uncertainty regarding future ramiﬁcations of the always evolving geopolitical role of China regionally and the recently volatile bilateral trade relationship between China and the United States.”

Both of these can strongly impact Japanese businesses investing in China “due to Japan’s pivotal role regionally and its crucial bilateral relationship with the United States,” Pires notes.

While navigating complex political developments is an increasingly common challenge, there are other practical considerations to consider that can have equally critical ramiﬁcations for businesses.

Zhang says Japanese businesses with investments in China should monitor the country’s laws and policies continuously.

“China is still in the progress of economic transformation and building a country of rule of law, while its Internet-based new businesses emerge in succession. To face such a rapidly changing situation and protect the foreign investments and intellectual properties, China has enacted or amended many new rules accordingly, including those directly related to foreign investments and intellectual property protection, such as the Foreign Investment Law, and the Interpretation of Supreme Court on the Application of Punitive Damages in Hearing Civil Cases of Infringement upon Intellectual Property Right,” Zhang says.

She adds that for Japanese investors in China, navigating how to fully take advantage of favourable policies and meet the compliance requirements simultaneously is an ongoing task.

For Japanese businesses though, moving cautiously is something of a characteristic, says Donald Chen, partner at King & Wood Mallesons’ Shanghai ofﬁce.

“From my point of view, Japanese investors are considered to be extremely prudent (such as time-consuming requests for managerial decisions or approvals) and have high-level compliance awareness, while they tend to have relatively conservative localisation management capabilities and marketing capabilities,” he notes.

While Japanese businesses may tend towards caution, Nishimura’s Zhang emphasises Japanese investors should “pay extra attention to laws, and the local practice. The local rules and practice sometimes differ from each other in China.”

“A typical example would be the labour disputes in China. While the labour laws and regulations themselves are already detailed, the situation gets more complicated as some local courts in China may publish some rules or guidance on some speciﬁc issues, making the practice of labour laws different from each other,” she says.

“Particularly for Japanese compa-nies considering a restructure, as a failure to properly handle the issue may trigger some unexpected mass incidents, they should be extremely careful and set up precautions in their daily business by improving and perfecting the HR regulations, the deployment of in-house counsels and local lawyers, and communicating with the employees in a timely manner,” Zhang notes.

While caution is still recommended the climate for China’s investors has rapidly improved over the years, as a result of hard work to overhaul its business climate.

Chen says compared with Southeast Asian countries, “the political stability, the quality of labour force, the ﬁnancial power and the advanced technologies/infrastructures of China are considered as its apparent advantages.”

Additionally, the market size and urbanisation of China “will enable Japanese investors to fulﬁl the consumption potential of Chinese customers in the right market segments,” Chen adds.

Lawyers say investment is spread across a number of sectors.

Zhang notes the data regarding the direct investment abroad disclosed by Japan’s Ministry of Finance shows the industries Japanese investors have invested in China include “general machinery, electric machinery, transportation equipment, chemicals and pharmaceuticals, etc. during 2017 and 2020, while having also invested in some non-manufacturing industries such as wholesale and retail, along with ﬁnance and insurance.”

Indeed, the pandemic’s impact is continuing to be felt, triggering something of a recalibration.

While in the first half of 2020, the COVID-19 pandemic only had a “moderate impact on new investments by Japanese businesses in China, with the number of investment transactions and total amount of investment decreasing modestly,” Pires says, pandemic-related developments may have a deeper impact.

“In addition, the COVID-19 pandemic triggered a new policy initiative of the Japanese government to secure a $2.2 billion budget dedicated to assisting Japanese manufacturers with moving portions of production out of China to better avoid future disruptions in the supply chain caused by a concentration of production in one country.”

“In addition, the COVID-19 pandemic triggered a new policy initiative of the Japanese government to secure a $2.2 billion budget dedicated to assisting Japanese manufacturers with moving portions of production out of China to better avoid future disruptions in the supply chain caused by a concentration of production in one country,” Pires notes.

But Chen is conﬁdent that long term there won’t be deep-seated changes to the China-Japan investment relationship.

“Due to the shrinking of the domestic market, the labour shortage and the eroding of competitive advantages of Japan, a new investment boom is expected in China. It may still take certain time for COVID-19 immigration restrictions to ease up; the acknowledgement and acceptance of the industrial policies and markets in China of Japanese investors will also take time. Therefore, the appetite for investment in China is temporarily low at this point but will be back to normal in foreseeable future,” Chen says.