Not All Greek to Me: Can AI Translation Overcome Language Barriers? 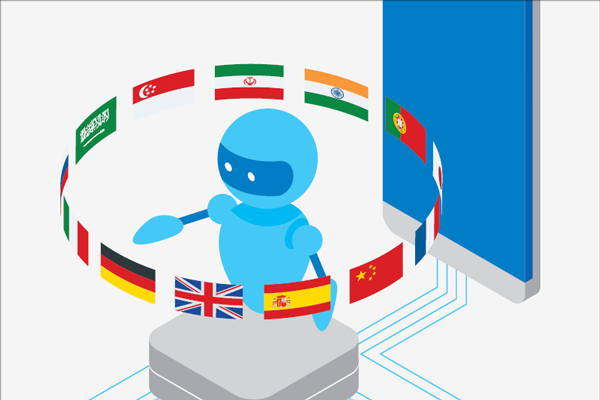 Large volumes of case material and tight deadlines have long been a part of legal work. But as cross-jurisdictional work balloons and firms pivot away from hourly billing, resources have never been tighter.

As client demands have changed, so too have the capabilities of legal technology. For an increasing number of firms, artificial intelligence is now viewed as an essential time-saving mechanism that enables legal teams to process vast quantities of paperwork in the space of hours, rather than days.

While more development is required before AI can be considered a reliable replacement for human efforts, firms have found its applications far broader than what was perhaps originally considered.

Today AI is no longer just a tool to search for information, but also a sophisticated instrument for translation. Last year, Henry Brooke, a former judge of the Court of Appeal of England and Wales, said during a lecture that “I have little doubt that within a few years high quality simultaneous translation will be available and see the end of interpreters.”

While no one is bidding farewell to their interpreter just yet, this year, one law firm recently tried to show the game-changing impact these services could have on the profession in the future.

Faced will millions of documents in Korean and English and grappling with a tight deadline, Hogan Lovells recently sought help from legal-tech developer Knovos to help support a South Korean client involved in a U.S. Department of Justice investigation.

By using legal tech to translate and scan documents, the firm estimates the use of legal tech saved its team 8,300 hours of review time and enabled a speedier response without the need to go on a largescale emergency hiring spree.

While this will doubtlessly serve as an important precedent for the industry, experts point out that before AI can be consistently relied upon for translation services, its ability to process script and character-based languages, such as Chinese and Korean, must be improved.

Stephen Allen, global head of legal operations at Hogan Lovells, agrees that much of the AI produced to date is based on Latin characters, making it a struggle to handle character and script-based languages, but this is changing.

“Some of the new tools are built using semantic tokenization and character to vector models which are, therefore, at an operating level, language agnostic,” Allen said. But this doesn’t solve the problem entirely. Allen said that while this is “a huge step forward” a number of these tools still aren’t trained in character and script-based languages.

“Therefore, before we can use these such algorithms with full automation, they would still need to be trained on suitable training sets to increase the current baseline standards for recall and classification,” he noted.

But while this capability continues to be a work in process, Allen notes that AI tools are increasingly becoming easier to use – particularly when compared to their earlier counterparts.

“The front-end user interfaces were loud and not intuitive, and the back-ends were rigid and limited to use even for the most sophisticated technician. Secondly, law firms are hiring operational specialists, other than technologists or lawyers, that help to imbed these sorts of technologies into the teams delivering our services. Finally, clients are demanding the use of technological process automation and other data-driven solutions,” he said.

Allen, however, takes a bright view of AI’s future in law, suggesting the future will be “human plus technology.”

“Technology will not replace jobs but will be able to do some tasks that feature in some jobs. Ultimately, I think technology is best when it augments human intelligence. AI, Machine learning, and other data driving solutions will only add to the tool bag that a lawyer can draw from when they are working to provide better legal consultancy for their clients in an ever increasingly high paced and more competitive marketplace,” he said.