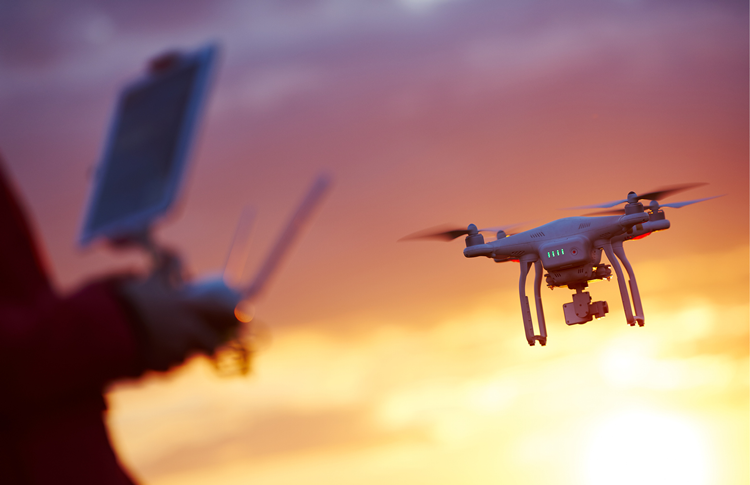 With populations largely grounded and demand for flights disappearing almost overnight, the aviation industry has taken a battering. However, new areas of opportunity are emerging, partly as a result of regulatory flexibility, but also due to advancements in technology.

When COVID-19 hit hard earlier this year, travel plans came to a screeching halt almost everywhere. Since the begin-ning of the pandemic, aviation has been one of the most severely impacted sectors. Airlines around the globe have struggled with the ramiﬁcations of a suddenly grounded global population — and not all operations have survived.

These dire, uncertain circumstances have led to some degree of stringency from regulatory authorities, says Piyush Gupta, head of the aviation and competition practice at Incisive Law in Singapore.

“In respect of competition laws, the competition regulators across the world have shown a willingness to relax some competition rules during these tumultuous times,” says Gupta, who notes that this isn’t a blanket response from all.

Regulators, Gupta says, are also drawing a hard line at anything that may have ramiﬁcations post-pandemic, when competition is expected to be substantially reduced.

The Competition and Consumer Commission of Singapore (CCCS) issued a guidance note last month that acknowledged that while the regulator recognised that various logistics and supply chains have been disrupted as a result of the pandemic, and that collab-orations between competitors during this period may need to be put in place. However, these would for a temporary period, and need to satisfy the Net Economic Beneﬁt (NEB) criteria under the competition legislation in Singapore, says Gupta.

To mitigate the negative effects of the outbreak on the aviation industry, governments may also step in to aid airlines in ﬁnancial need in order to keep national carriers aﬂoat and to protect jobs in the sector. However, Gupta warns that this could lead to distortions if the aid was to discriminate among those on the receiving end.

“Additionally, governments may create regulatory exceptions for airlines, such as allowing them to grandfather slot rights regardless of compliance with ‘use-it-or-lose-it’ rules. This may result in the preservation of inefﬁcient airlines in the market and the crowding-out of the most efﬁcient companies with limited access to state funding,” Gupta says.

In some more extreme cases, airlines are at risk of leaving the market altogether. In some scenarios, this could leave markets with only one major player — in other words, a forced monopoly.

“For instance, Virgin Australia Group has entered into voluntary administration, raising the prospect of rival Qantas remaining as the only signiﬁcant provider of domestic air travel in Australia,” outlines Gupta. “Similarly, should the loss-making Malaysian Airlines go bankrupt, without ﬁnancial aid or fresh capital, merging the state carrier with the Malaysia-based AirAsia Group could be the only option left.”

But while there have been such cases, competition regulators in such jurisdictions have made it clear that a monopolised domestic airline industry is not an option, Gupta notes, citing recent comments made by the Chairman of the Australian Competition & Consumer Commission (ACCC), and the Malaysian Aviation Commission, which both raised aviation competition laws in comments.

But elsewhere, there have been cases of leniency.

In South Korea, HDC Hyundai Development’s acquisition of Asiana Airlines, the country’s second-largest carrier, received a quicker-than-usual approval, Gupta says, while India’s antitrust regulator has said it will make concessions to the merger rules in order to make it easier for struggling companies to merge.

Elsewhere, there have been interesting pandemic inﬂuenced developments has been around drones.

“In recent times, not only have we seen drones being used for aerial surveillance and other COVID-19 related work, but also for broadcasting of warnings, measuring temperatures, remote deliveries of personal protective equipment and lab tests,” Gupta tells ALB.

“In my opinion, COVID-19 has been significant in highlighting the use of drones - similar to how the stocks of the companies proffering video-calling competencies has suddenly soared. Under normal conditions, this tech was not getting its due as people were concentrating on revenue maximisation through their regular course of work and were not giving much attention to the huge beneﬁts that are attributable to this new sector,” he adds. “Once the movement control restrictions were enforced on people in various jurisdictions that was when the focus shifted on drone and the advantages they brought to the table.”

Meanwhile, India has been taking “massive strides towards becoming a pioneer in drone operations and use in a safe, commercially-savvy manner,” says Gupta, citing the Indian government’s draft guidelines on the opera-tion of unmanned aircraft in 2018, and the subsequent guidelines — the Drone Ecosystem Policy Roadmap by the Ministry of Civil Aviation, released in 2019.

Drone training schools have also been rising in popularity in India, with a number of academies across the county gaining approval from the Directorate General of Civil Aviation (DGCA).

“The Indian government has realised the potential of this new industry and has started working towards ﬁne-tuning its policies to make this industry commercially and legally viable. That is not the case with some of the other countries where ﬂying of drones – while legal – is still governed by a set of rules that remain open-ended and liberal and are prone to misinterpretation and indeed, misuse,” says Gupta.

This interest is catching on in other countries.

“Within the Southeast Asian region, Singapore is taking big steps in ensuring that drone-tech gets its due. For instance, with effect from Feb. 1 next year, users of commercial drones, as well as operators of drones for recreational purpose (where the weight of the drone exceeds 7kg), will be required to obtain a pilot license which will be bestowed only after one completes a theory as well as a practical assessment administered by the CAAS,” says Gupta.

While there’s plenty of opportunity, it is hoped that laws can keep up. As Gupta puts it: “Drone-tech is set to challenge the archaic set of laws, rules and regulations considering the over-arching effects of the technology in question.”

While there may be areas which will have to be rewritten, “the entire practice of international carriage of goods is set to witness a ‘sea change’ as the whole multimodal transportation system can be done away with by the increased use of drones,” says Gupta.