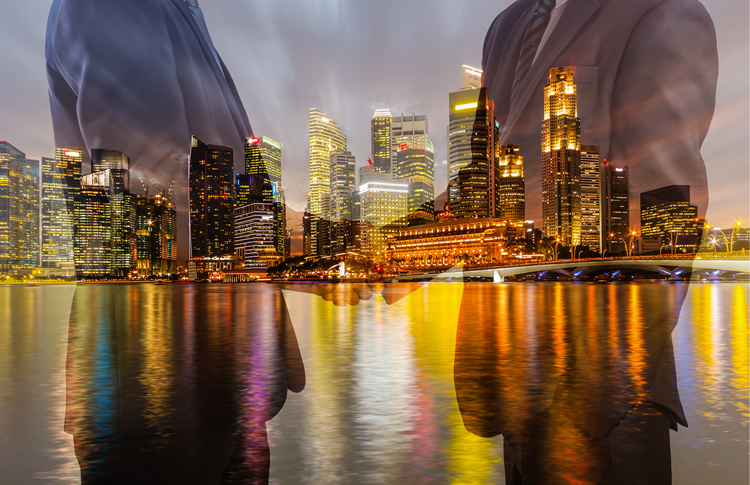 Mediation had already been growing in prominence as a dispute resolution method in the past years, but the COVID-19 pandemic has placed it firmly in the spotlight. And with the Singapore Convention on Mediation having been adopted two years ago, the city-state is now clearly at the forefront when it comes to mediation regionally, if not globally.

It is now two years since the Singapore Convention on Mediation was adopted. A landmark development for Singapore, the convention, which enforces mediated settlement agreements across countries, was also celebrated for reinforcing the city-state’s legal hub reputation.

Since then, the profile of mediation has continued to grow in Asia, as a result of the COVID-19 pandemic and increased digitalisation. And increasingly, Singapore is singled out as a leading international mediation hub.

See Chern Yang, director at Drew & Napier, tells Asian Legal Business the Singapore Convention on Mediation has had a substantial impact on the whole mediation landscape, and that its scale only continues to grow. He points out that 55 states have so far signed the convention, with Australia the latest to do so on Sept. 10.

Yang notes that while mediation has traditionally been ranked behind arbitration and litigation in terms of parties’ preferred choice of dispute resolution, the convention gives it a much-needed fillip.

“In the SIDRA International Dispute Resolution Survey 2020, international commercial mediation (26 percent) was ranked fourth as the preferred choice of dispute resolution mechanism, behind arbitration (74 percent), litigation (49 percent) and hybrid processes (27 percent),” Yang says. He notes that the survey also cited enforceability as “the most important factor influencing their choice of dispute resolution mechanism.”

“Therefore, the increased enforcement mechanism set out in the SCM will likely move mediation higher up the list of preferred choices of dispute resolution,” he says.

With growing awareness of different dispute resolution mechanisms, over the past few years, lawyers and clients have steadily shifted their attitudes on mediation.

“In the past, mediation has often been seen as the ‘soft approach’ and only used by parties when they do not have a strong case in court,” Yang says, but more recently the Mediation Act and the Singapore Convention on Mediation Act have provided publicity of the benefits and utility of mediation, he notes.

“The increased usage of mediation and encouragement of the same by the Singapore Government and Judiciary have allowed parties to view mediation differently. The fallacy of mediation being useful only to parties with a weak case is slowly being eroded by the recognition that a mediated settle-ment agreement provides parties with privacy of the subject matter, as well as autonomy and flexibility in terms of process and possible solutions,” Yang says.

With a heightened awareness of the benefits of mediation, the reality of the pandemic has also triggered demand for mediation, as borders remain closed while businesses continue to work under remote conditions.

“The fractured global economy has seen and will continue to see many businesses struggle with cashflow, especially so for companies directly involved in the tourism and related industries,” Yang says. “In such a scenario, parties may consider a commercial resolution facilitated through mediation more readily rather than investing the time and energy in other dispute resolution mechanisms such as arbitration and litigation.”

While in the past mediation was largely conducted in person, changes in technology coupled with closed borders as a result of the global COVID-19 pandemic has led to an industry-wide shift, and a growing awareness of the perks of mediation. But Yang warns it is not suitable for all cases.

“There may be situations and cases where mediation may not be appropriate. For example, one may encounter parties who will not negotiate in good faith or will abuse the mediation process by using it as a means of delay. Sometimes, it may not be the right time to mediate as clients may not have sufficient information or documents about the case to make a considered decision about the reasonableness of the offers or counter-offers to be made, or is waiting on the outcome of an investigation process, whether internally or by an external agency,” he says, adding that “clients should always have a conversation with their lawyers on the suit-ability of mediation rather than taking a blanket rule of mediating every single case.”

“Mediation is here to stay, whether as a stand-alone means of resolving disputes or as part of an adjudicatory process such as court-mandated mediation or the SIMC Arb-Med-Arb protocol.”

Still, mediation continues to be an important part of the dispute resolution toolbox. “Mediation is here to stay, whether as a stand-alone means of resolving disputes or as part of an adjudicatory process such as court-mandated mediation or the SIMC Arb-Med-Arb protocol,” Yang says, predicting it to be more broadly adopted in the future, along with Singapore as a dispute resolution hub.

“The Singapore Convention on Mediation is expected to be adopted by even more countries with the hope that it will become as popular as (if not more popular than) the New York Convention. Singapore taking the lead in the signing of the Singapore Convention, and in the development of domestic and cross-border mediation augurs well in its efforts to be an international dispute resolution hub,” he adds.