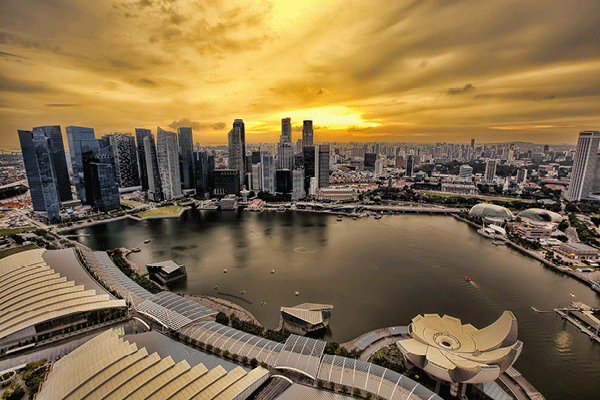 In the year since Singapore enacted legislation allowing third-party funding, a number of international funders have already opened up in the city-state, and interest among potential users remains high. And while it’s too early to say what kind of impact it will have, lawyers will play a critical role in its success.

In January last year, Singapore took a big step towards securing its place among the world’s most attractive arbitration centres by passing two bills that cleared the way for third-party funding (TPF) in certain areas of dispute resolution.

TPF is expected to allow parties to a dispute to mitigate the risks of litigation, manage cash-flow and pursue meritorious claims that they might not be able to pursue without sufficient funding. And with the passing of these Singapore has taken giant strides towards locking in its position as a leading centre for dispute resolution in the region.

Given the potential for TPF in Asia, third-party funders wasted no time in turning up in Singapore. First it was Australia’s largest litigation funder IMF Bentham, which announced an office in March 2017. Then arrived New York-headquartered Burford Capital and the UK’s Woodsford Litigation Funding, both of which opened offices in the city-state in October.

“Since the legislative changes allowing third-party funding for international arbitration in Singapore, there has been a noticeable upsurge of interest in funding and its potential benefits,” says Kabir Singh, a partner at Clifford Chance in Singapore. “Funders, international law firms and arbitral institutions have made significant efforts to demystify funding and generate a more sophisticated understanding of the possibilities funding offers in the Asian market.”

He adds that he has seen a number of funders expand their presence or establish an office in Singapore, and expects this trend to continue.  “We expect the arrival of funding will bolster the trend of increasing caseloads at arbitral institutions across the region, as funding allows parties to bring arbitration claims which previously they might not have pursued,” says Singh. “In short, the availability of third party funding will certainly consolidate Singapore's position as a premier international commercial dispute resolution hub.”

Meanwhile, Emmanuel Chua, a senior associate with Herbert Smith Freehills in Singapore, says that he has seen a “fair amount of interest and attention amongst the international arbitration community” with regard to TPF. “TPF is increasingly becoming part of the conversation as part of financial and risk mitigation when commencing arbitration proceedings, selecting counsel or even when negotiating arbitration agreements,” he says.

“Since the amendments came into force [in March 2017], there has been one publicised instance of a Singapore-seated arbitration being financed by a third party funder. We expect that the number of third party funded cases will rise as parties and funders become more familiar with the third party funding framework,” adds Chua. “The flexibility afforded to parties by TPF is likely to increase the attractiveness of Singapore as a seat of arbitration, particularly for parties based in Asian jurisdictions which do not presently permit TPF.”

As more clients begin to use TPF, lawyers will play a crucial role in various stages of the process, particularly those who have experience of funded cases in other jurisdictions. “We can bring our experience in working on funded cases in more established funding markets – such as the UK and Australia – into the Singapore context,” says Singh. “Funding is an area which operates to a significant extent on the basis of "soft law" and best practice guidelines, and so the international experience of global law firms can help to accelerate the adoption of best practices in funded cases in Singapore.”

“Of course, we are also making sure that our clients are aware of the possibilities offered by third-party funding, not only for parties under financial constraints but also for those who may want to use funding as a financing and risk management tool,” he adds. “We can provide links between clients and professional funders, and guide them through the steps required to progress a funding request in the most advantageous manner.”

Teo says his firm is educating and advising “our clients on the benefits and disadvantages of TPF and, if there is interest, work with them to identify solutions that best suit their commercial needs and interests.”

So what kinds of cases are most likely to see TPF? “I expect that it will feature more in larger value cases which pose the greatest commercial risks to one or both parties, particularly if either or both have limited financial resources,” says Teo of Drew & Napier.

Chua of Herbert Smith Freehills notes that demand for funding in high value international arbitrations, in particular investment treaty claims, has historically been strong.  “However, the growing range and awareness of funding options and products available means that interest in TPF in more ‘run of the mill’ commercial arbitration has also picked up,” he says. “From our experience, even large multinational companies that might not previously have considered funding are increasingly considering TPF as an option to hedge the risks of litigation and arbitration.”