Following the merger, which comes into effect on Oct. 1, the firm will have 90 lawyers, including 22 partners.

PNC was established in 2015. The firm’s practice areas include corporate/M&A, projects and infrastructure, and banking and finance. PNC won awards in consecutive years at the ALB Malaysia Law Awards; it was named as the Rising Law Firm of the Year in 2017, and the Boutique Law Firm of the Year the following year.

ASL, which was founded in 1975, specialises in banking and finance, capital markets, civil aviation, corporate/M&A, dispute resolution, Islamic finance and real estate. It is among the ten largest law firms in Malaysia, according to the 2017 ALB Top 50 list. In 2016, ASL won the Law Firm of the Year award at the ALB Malaysia Law Awards.

“The immediate consequence of the merger is the increase of the newly combined firm’s present client offerings and enhancement of its existing skillsets across the board, which are collectively expected to further drive the firm’s growth prospects,” the two firms said in a joint statement. “In the meantime, the partners of ASL expect to explore further merger opportunities for the firm’s continued growth and development.” 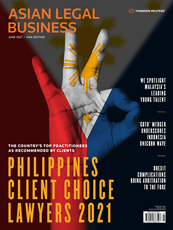