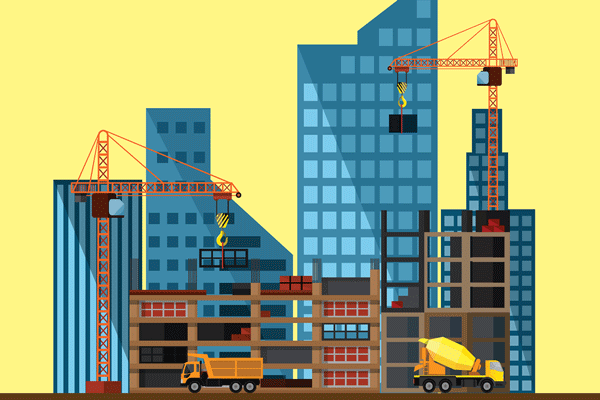 As construction booms in the Asian region, so do construction-related disputes. ALB speaks to experts about how these can be avoided or mitigated, at the very least.

In Asia’s fast-developing countries, construction projects are carried out at an astonishing speed, with buildings appearing seemingly overnight. At the same time, however, construction disputes are becoming prevalent almost as quickly.

One important reason behind this occurrence is that construction projects are often hastily conceptualised and approved with misleading or ambiguous documents. As such, the errors and omissions in contracts and ill-drafted claims can become the main causes of lengthy and costly construction disputes in Asia.

And even though these could be spotted in advance, companies tend to come to lawyers almost always after the problems surface, instead of before, says Paul Starr, head of infrastructure and dispute resolution at King & Wood Mallesons in Hong Kong.

One way to preempt problems might be to use the services of Before Claims Consultants (BCCs), professionals who look to address and avoid conflicts before they even surface. Philip Rompotis, a partner and head of construction and international arbitration at Stephenson Harwood, agrees that conflicts remain a widespread concern. “Some issues in construction projects, such as poorly drafted documentation and poorly drafted claims, remain an issue,” he notes.

Although the use of standard contracts in recent years has transformed the industry, the approach has not been totally effective. Rompotis noted that complacency is an issue in Asia, where employers use and re-use standard contracts without committing the resources required to ensure that a contract is specifically tailored to the current project to minimise errors and ambiguities.

That said, parties are unsurprisingly keen to sidestep conflicts emanating from construction projects, and so looking at different ways to address issues as early as possible. “There’s definitely an increasing trend of contractors bring proactive in avoiding conflict,” says Jon Prudhoe, a managing director within the global construction practice at Navigant, an expert services firm.

Prudhoe has noticed contractors seeking advice on contractual issues much earlier in the lifetime of a project in order to take the proper measures to reduce risk. He believes this is partly in response to the growing trend towards engineering, procurement and construction (EPC) contracts and their significant increase in value.

For ever-larger construction projects, the risks to contractors can be enormous. And when it comes dispute resolution, Prudhoe has observed an increase in third party ad-hoc involvement such as consultants who provide expert determination. The latter is a process used in dispute resolution that involves an expert third party.

“There has also been a push in certain countries to adopt a more proactive approach to the management of contracts, particularly through the use of the New Engineering Contract (NEC) provisions that encourage time and money claims to be dealt with in a more timely manner in order to avoid costly disputes at the backend, which typically arise in construction projects,” says Garry Crossley, leader of the Asia-Pacific construction practice at Navigant.

The standard NEC contract promotes a more collaborative approach to projects, as seen in the frequently quoted clause 10.1, which requires all parties to follow the contracts. The clause is widely adopted across jurisdictions like the UK, South Africa, Australia and New Zealand. In Hong Kong, such clauses are now being slowly introduced, taking the place of the traditional General Conditions of Contract (GCC). “In Hong Kong, there has been a progressive move towards a more collaborative approach with the increasing use of the NEC, particularly for government-related contracts. We have also noticed a move towards greater certainty for the employer with the use of design and build contracts, which shift the risk to the contractor,” says Rompotis.

In Asia, adjudication is also used in conflict avoidance, although it’s still in a nascent stage. One hurdle that adjudication faces is that at present, it is not a preferred method for dispute resolution in the region, particularly in Hong Kong. “It isn’t widespread in Hong Kong yet, but elsewhere in Asia, it is proving [to be] an early means to resolve disputes, often producing a final answer that is not later challenged through arbitration,” says Starr.

But with the proposed introduction of the Security of Payment Legislation (SOPL) in Hong Kong, adjudication could become a compulsory first step in resolving most disputes, likely making dispute resolution faster and cheaper. A typical adjudication is resolved within 60 working days from the start of the process, thanks to a strict timetable.

SOPL is designed to help main contractors, sub-contractors, consultants and suppliers receive payments on time for their work and provide a mechanism whereby disputes can be resolved quickly. It is also aimed at bringing Hong Kong in line with other common law jurisdictions.

Another related approach is arbitration, which is frequently used for dispute resolution in Asia, particularly for construction projects and transactions that have a cross-border element. ““The breadth of arbitration as a dispute resolution mechanism has been a clear trend in recent times.” says Rompotis. Other commonly used methods for resolving disputes in Asia are party-to-party negotiation and mediation.