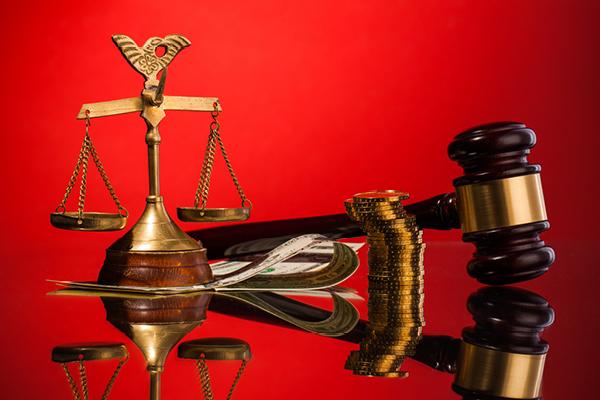 As part of its efforts to become the Asian region’s leading centre for disputes, Singapore is looking to usher in third-party funding for arbitration. By Haky Moon

Taking another step towards establishing itself as the go-to arbitration centre in the Asia-Pacific region, Singapore has now gotten behind the idea of third-party funding (TPF) for arbitration.

Decades after the practice was made lawful elsewhere in the world, Singapore is now moving to allow unrelated parties to pay for the costs of arbitration. The move marks a significant reversal and one that could make Singapore more appealing a destination of arbitration proceedings.

For a long time, Singapore prohibited third-party funding in international arbitration and related litigation, but new regulatory amendments mean change is afoot. An important factor in this change is that it will boost the city-state’s competitiveness against Hong Kong.

“This is a timely development for the region, particularly as we enter uncertain economic times where we expect to see a surge in commercial disputes but where parties have a reduced ability to fund arbitrations,” says Abraham Vergis, managing director of Providence Law Asia.

Third-party funding allows an unrelated party, usually a commercial fund with no prior connection to the case, to finance the costs of proceedings. In return, this third party can earn a share of any damages awarded.

On Nov. 7 last year, the Civil Law (Amendment) Bill 2016 was read in the Singapore parliament. Singapore will now allow TPF for international commercial arbitration proceedings and related court litigation, abolishing the Common Law torts of maintenance – the intermeddling of a disinterested party to encourage a lawsuit – and champerty – an illegal agreement to finance a legal action with the intention of sharing of any awards.

The change has been a long time coming. Over the last decade, Singapore has taken multiple steps to build itself as the leading jurisdiction of arbitration procedures in Asia.

Singapore is a signatory of the 1958 New York Convention on the Recognition and Enforcement of Arbitration Awards, better known as the New York Convention, which has been enacted into law in the city-state and makes foreign arbitral awards enforceable as if they were court decisions.

The Singapore International Arbitration Centre (SIAC), which is both independent and non-profit, started operating in 1991 and has since built a strong track record of decisions. In 2015, the SIAC received 271 cases fled from parties in 55 different jurisdictions, a record number and an increase of 22 percent from 2014.

In 2015, Singapore launched the Singapore International Commercial Court (SICC) to give more weight to its position as an international center for dispute resolution.

Despite this strong focus on arbitration, a well-developed regulatory structure arbitration and the fact that Singapore is among the top five most widely used locations for arbitration, according to the results of the Queen Mary - White & Case 2015 International Arbitration Survey, TPF had not been an option in Singapore.

Rather, Singapore made a point of prohibiting TPF in international arbitration to avoid frivolous actions. This widely held ban on TPF was underlined by the Singapore Court of Appeal in Otech Pakistan Pvt. Ltd. v Cloud Engineering Ltd. in 2007. The court said champerty applies to both traditional litigation and arbitration, saying “it would be artificial to differentiate between litigation and arbitration proceedings and say that champerty applies to the one because it is conducted in a public forum and not the other because it is conducted in private.” The court went on to say that arbitration is a form of litigation and that TPF could hurt the interests of “vulnerable litigants”.

For years Singapore resisted calls to greenlight TPF, even as professional opinions and the general perception of the practice started to change.

By 2011, a change was visible among the legal profession and Singapore’s law makers. That year, the Ministry of Law sought out “views on whether TPF would be appropriate in the context of international arbitration” as part of a review of the International Arbitration Act.

It would not be until 2016, however, that any significant would happen.

In mid-2016, the Ministry of Law carried out two consultations and developed two drafts that changed the prohibition of TPF. The Civil Law that was adopted in November and the Civil Law (Third-party funding) Regulations 2016.

Together, these new instruments take liability away for the funding of legal action in prescribed proceedings, including international arbitration or applications for enforcement. There are conditions, however. The funder must be in the business of funding dispute resolution proceedings, must have immediate access to funds and invest those funds to allow a party to cover the costs of arbitration.

Part of this proposal would include an amendment to Singapore’s Legal Profession Act to allow solicitors to refer clients to third-party funders.

Elsewhere, particularly in jurisdictions with similar legal structures, TPF has long been an established practice. The courts in England & Wales, for example, have generally supported TPF and the practice is self-regulated by the Association of Litigation Funders. England abolished TPF as a crime back in 1967.

While TPF has become increasingly prevalent over the past decade in many jurisdictions from Europe, to Australia and the U.S., it has remained unlawful in Singapore and in Hong Kong.

“Singapore is taking a measured approach to third-party funding. The full extent of regulation has yet to be revealed. It is anticipated that regulation will be light touch – setting a framework for funding but still allowing funders and users ﬂexibility to tailor funding arrangements to meet the needs of particular users and cases,” says Lim. “With Hong Kong also planning to introduce similar legislation, we can expect to see more funded cases in the region.”

This is one area in which Hong Kong took an early lead. Like Singapore, Hong Kong approached TPF with caution but it was more ﬂexible than Singapore, which long banned it outright. Hong Kong allowed third party funders to be used as liquidators to pursue claims on behalf of insolvent companies.

But with an increasing portion of the world’s business being conducted in Asia, legalising TPF in jurisdictions like Singapore is likely inevitable and, possibly, a positive change.