A New Era of Mining 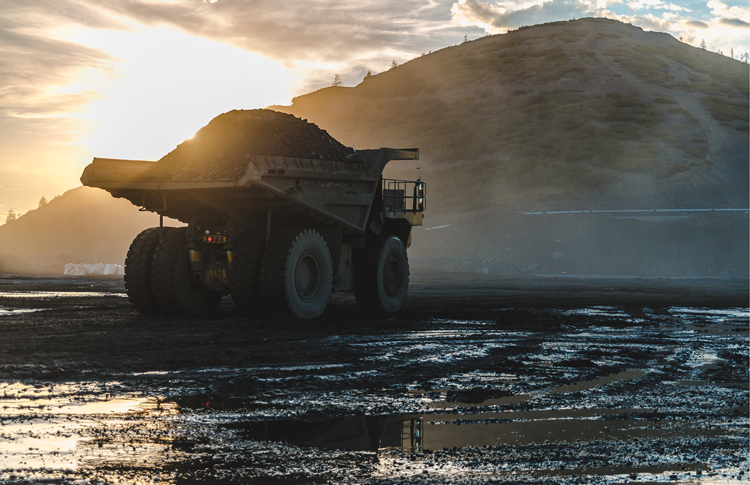 Indonesia recently ratified a long-anticipated bill amending the country’s 2009 Mining Law. Lawyers say that the large-scale revisions to the law could improve the feasibility of doing business in Indonesia's natural resources sector.

In June, Indonesian President Joko “Jokowi” Widodo signed Law No. 3/2020, about a month after the country’s House of Representatives approved the bill on May 12. The law amends Indonesia’s 2009 legislation governing coal and mineral mining. The amendment is aimed at expanding the country’s mining industry, but it has also met with some criticism over potential socioenvironmental impact, as well as lack of transparency.

From the perspective of lawyers, the amendment is deserving of applause. “It is consistent with the commitment of the Indonesian government under the leadership of President Jokowi to ease hurdles faced by the mining industry, ranging from complex bureaucracy, inconsistencies of regulation at all levels, conflict of authorities between central and regional government to market volatility,” says Eva Armila Djauhari, a partner at law firm Armila & Rako.

Djauhari believes that the amendment has the potential to improve the business outlook in the mining industry. “This is especially important with the slowdown of global economy, weak commodity prices and protectionism practise in many countries,” she notes. “For this amendment to be effective, the central government should strengthen its resources and infrastructure in anticipation of receiving its expanded authority, intensify cooperation and coordination among ministerial departments as well as produce comprehensive and clear implementation regulations.”

For the extractive industry in Indonesia, the most important legal aspects are consistency, clarity, certainty, simple bureaucracy, law enforcement, transparency and inclusion of all stake-holders, says Djauhari: “The aforesaid legal aspects, if applied altogether, will lead Indonesia to achieve the national aim as set out in the constitution, i.e. to provide greatest benefit for the people.”

For her the key provisions in this amendment include the reform and the focus on ease of doing business in mining sector. “It simplifies the licensing system and centralises the authority to issue licensing,” says Djauhari. “The management of mining so far had been constrained by the duel authority of the central and regional government and concerns on the management capacity and competency of the regional governments that have failed to provide conducive climate for mining industry. This has been the motivation to shift the mining authority to the central government.”

According to Djauhari, given the level of complexity faced by miners in Indonesia, the amendment endeavours to offer incentives to investors among others by assuring a steady zoning plan of an already-determined mining area. “Another incentive is also granted for holders of IUP [mining business licence] and IUPK [special mining business licence] to develop downstream facilities by granting an initial 30-years period of license with 10-years for each extension,” she says. Holders of an IUP whose shares are majorly owned by foreign entities must divest down to 49 percent share ownership directly pursuant to the set hierarchy. Should it be failed, divestment may be carried out through the Indonesian stock exchange.”

The amendment also imposes new obligations for mining industry to allocate funds for community development program, for conducting yearly exploration program and for a new resilience fund, says Djauhari. “There are also few provisions to stimulate exploration, whereby the government is now able to assign business entities a right to conduct investigations and research in the context of preparing a new mining area for auction and subsequently to confer a right to match in the auction.”

However, the biggest highlight is the continuation of Contracts of Work (CoW) and Coal Contracts of Work (CCoW). “The amendment guarantees the CoW and CCoW an extension to continue their mining operations after its expiry without tender by way of converting the contract or agreement into Continuation Operation IUPK. This conversion also exempts the holder from the rules of maximum mining area as it may still retain the present mining area in its entirety,” she notes.

Djauhari also points out that the amendment at this stage is effectively an outline of principles, rules and laws, standards and norms, and as such it does not regulate and encompass all issues in mining industry exhaustively. “The amendment indicates that detail of the rules to be regulated in the government regulations, which shall be issued within one year of the promulgation of the amendment,” she says.

Additionally, the amendment comes from the desire of the state to improve the management of the mining industry by giving greater certainty to businesses and benefit for the country, as opposed to producing robust mining governance. “As a consequence, a few components in the mining industry are somewhat overlooked such as the deli-cate issue of complex and vulnerable communities surrounding mining areas that often be a material obstacle for the business,” Djauhari notes. “While the amendment recognises the obligation to support of sustainable national development and therefore imposes obligations for mining industry to allocate funds for community development program and requires mandatory consultation between the mining industry with all levels of government and locals, nevertheless there is no mention as to how to govern this issue nor is there guidance regarding compensation, resettlement, or grievance mechanism which in fact is crucial for all stakeholders and may significantly disrupt investment activities in this sector.”

Djauhari acknowledges that despite the hard work that has gone into creating a conducive law for the industry, there remain uncertainties, controversies and flaws in the amendment, not to mention part of the stake-holders who are dissatisfied with, and felt left out by it - which might impair the worth of the amendment. “Ideally, the law is an instrument of equilibrium between the interests of business, nation and its people,” she says. “In reality, it is not an easy document to write out, particularly in the absence of the national mining policy and a long-term strategy as guiding principles. Having said that, this effort of search for better governance and harnessing the mineral and coal resources for sustain-able development deserve an appreciation and support from all elements of nation.”