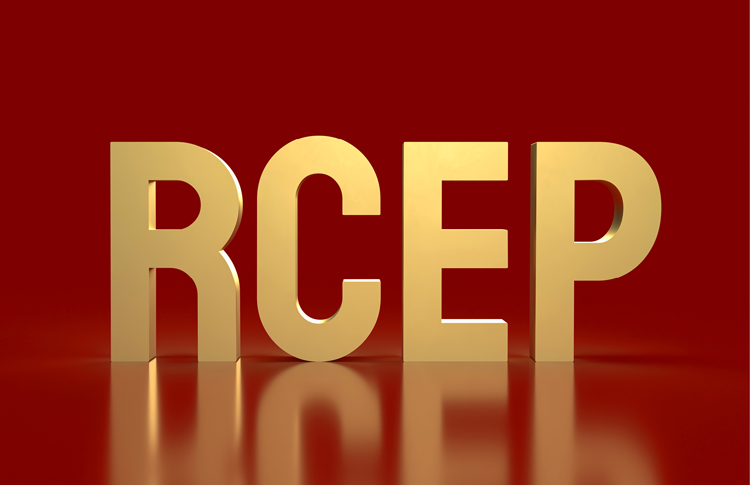 The Regional Comprehensive Economic Partnership (RCEP), signed by fifteen Asia-Pacific economies in November last year, has been heralded as the largest trade pact in the world.

China, Japan, Australia, and South Korea are among those that have joined the mammoth agreement, covers nearly a third of the global population and around 30 percent of global gross domestic product. But while the agreement is certainly ambitious, further changes are already on the cards.

FOR LAWYERS, WHAT TYPES OF WORK MAY WE SEE AN INCREASE OF AS A RESULT RCEP?

For businesses that want to make best use of the RCEP, talking to compliance specialists is a good start. Nathan Bush, Singapore-based partner and head of the Asian investigations and antitrust/competition practices at DLA Piper, says trade counsel and other trade compliance specialists can aid companies immediately in ensuring the latter maximise the benefits available for their current operations under RCEP and the Comprehensive and Progressive Agreement for Trans-Pacific Partnership (CPTPP).

“They can also guide companies in revisiting their supply chains, distribution channels, and operations to capitalise on favourable trade concessions,” Bush says.

“The notable improvements to trade and market access, as well as novel commitments with respect to matters such as government procurement and digital trading relationship, are expected to generate work for lawyers who support and facilitate cross-border transactions and flow of capital,” Renard, Mythen and Suh say.

The RCEP agreement is also notable in that it marks the first time that major ASEAN countries have committed to improved transparency and cooperation in central government procurement, and cross-border activities and corresponding legal work in this sphere are expected to increase, the lawyers say.

It also establishes a commitment to maintaining “competition law regimes based on international best practices, and to increasing cooperation on various issues relating to competition law enforcement, including in actual anti-competitive cases,” Renard, Mythen and Suh say.

As a result, a pan-regional and centralised approach to competition law will become more important which will, in turn, generate “advisory as well as contentious work for law firms that can advise on both local and comparative competition law issues,” the lawyers add.

WHAT AREAS ARE CURRENTLY MISSING FROM THE AGREEMENT?

The trade deal does come with some limitations, though.

“The RCEP falls short of creating a true single market, such as the EU, given the relatively limited focus on services, as opposed to goods),” say the Allen & Overy lawyers. “Although the RCEP does contain investment protections that are largely in line with those found in other modern treaties, it does not currently provide for an investor-state dispute settlement (ISDS) mechanism.”

The lawyers note that in the absence of an ISDS mechanism, foreign investors are unable to bring a direct claim — by arbitration, for example — against a state for a breach of the investment protections in the trade deal.

But this is currently in the works with parties to the RCEP committed to discussing the settlement of investor-state disputes no later than two years after the agreement comes into force.

“An ISDS provision, once included, would increase the practical significance of the investment protections in the eyes of the investors,” Renard, Mythen and Suh say.

“The CPTPP agreement is generally viewed as a more ambitious trade agreement; the scope of binding commitments enforceable through formal dispute settlement under the CPTPP is far broader and deeper than under RCEP,” says Bush, noting that CPTPP imposes enforceable standards for environmental protection and labour rights, and outlines treatment of state-owned enterprises.

Market watchers predict the RCEP will boost supply chains and strengthen ties, but the timing of the agreement, in conjunction with the impacts of the pandemic is also likely to lead to a careful re-examination of the lay of the land for companies.

“Companies emerging from the pandemic’s shadow may scrutinise existing supply chains and distribution channels as well as possible alternatives to optimise the tariff-efficiency of their regional operations,” suggests Bush.

Renard, Mythen and Suh say during trade tensions or in a situation such as the pandemic, well-established international supply chains are placed under stress, or placed on hold. “Corporations are sometimes forced to purchase locally even if it does not satisfy their needs or quality requirements,” the lawyers say.

“The RCEP should induce corporation to reorganise their international supply chain throughout Asia and benefit from the competitive advantages that each of the RCEP members may have (in terms of access to raw material, quality of products, infrastructure, speed of supply, etc),” they advise, adding: “Corporations may also envisage new investments throughout the region, while reducing costs and time for importing raw material and exporting manufactured goods to customers in the region. The RCEP is meant to be make the Asian Century a reality.”