The latest Singapore law on division of matrimonial assets

Two recent cases, decided within weeks of each other, have introduced notable developments in the law governing the division of matrimonial assets. In March 2017, the Court of Appeal delivered its judgment in TNL v TNK and another appeal and another matter [2017] SCGA 15 (“TNL v TNK”), followed shortly after by the release of the written judgment in UBM v UBN [2017] SGHCF 13 (“UBM v UBN”). These cases are significant for, inter alia, their refinement of the application of the “structured approach” to division of assets laid out in ANJ v ANK [2015] SGCA 34 (“ANJ v ANK”).

Since the decision in ANJ v ANK, the “structured approach’’ has prevailed as the favoured methodology guiding the courts in their division of matrimonial assets, albeit to be used complementarily with the overarching “broad-brush” approach and the obligation imposed by Section 112 of the Women’s Charter (Cap 353) to divide the assets in a just and equitable fashion. The three steps of the “structured approach” may be summarised as follows:

Step 2: Express the parties’ indirect contributions as a second ratio, having regard to both financial and non-financial contributions; and

Step 3: Average out the two ratios, based on the weightage given to each type of contribution, to arrive at a final ratio. The court may decide on the weightage to be accorded to each type of contribution depending on the circumstances of each case, and may exercise its discretion by adjusting the final ratio to achieve a just and equitable outcome. The Court of Appeal was nonetheless careful to emphasise that these principles were “not necessarily exhaustive”, nor “hard and fast rules that must be immutably applied even in cases of exceptional facts”.

In TNL v TNK, the Court of Appeal took the opportunity to revisit the “structured approach” and qualify the circumstances under which it should be applied. It affirmed that while the structured approach would continue to apply to dual-income marriages (being marriages where both spouses are working, and consequently able to make both direct and indirect contributions towards the household), it should not be applied to single-income marriages (where one spouse is the sole income earner and the other plays the role of homemaker). In this case – concerning a single-income marriage with grown children and of 35 years’ duration - the Court of Appeal declined to disturb the lower court’s ruling of equal division.

In this regard, the Court of Appeal held that such an outcome was inconsistent with the court’s philosophy of marriage as being an equal partnership, to which both financial and non-financial contributions are equally crucial. The Court of Appeal further observed that in cases of long single-income marriages, precedent cases showed an inclination towards equality of division (as in TNL v TNK itself). However, while it suggested that different considerations would apply to short single-income marriages, it declined to elaborate on these at the time.

The written judgment of Debbie Ong JC in UBM v UBN, released just weeks after the judgment in TNL v TNK, elaborates on the principles espoused in the latter. It bears noting, however, that UBM v UBN was decided prior to the judgment in TNK v TNL, and thus made use of the structured approach even though the circumstances in that case concerned a long single-income marriage. Debbie Ong JC nonetheless opined that the outcome in that case – a final award of 40% for the homemaker wife, achieved through the use of the “structured approach” with broad-brush adjustments – was consistent with the principles set out in TNK v TNL.

In UBM v UBN, Debbie Ong JC suggested that the definition of a single-income marriage, as posited in TNK v TNL, should not be interpreted in an excessively rigid manner “with a thick black line separating cases where the main homemaker worked intermittently for a few years over the course of a long marriage, from ones where the homemaker did not work at all.” Consequently, rather than a strict focus on exclusive roles in the breadwinning and homemaking spheres, a single-income marriage would also encompass situations where one spouse was “primarily the breadwinner and the other primarily the homemaker”, with the key approach being a qualitative assessment of the roles played by each party. Debbie Ong JC was nonetheless careful to warn parties in marital disputes against drawing out litigation by nit-picking over how the marriage ought to be classified.

Besides reiterating the non-applicability of the “structured approach” to long single-income marriages, Debbie Ong JC also sought to extrapolate trends from past cases as to what constitutes a “just and equitable” division, particularly as concerns the nascent taxonomy of marriages which has emerged post- TNL v TNK.

For instance, in cases of short single-income marriages, without going so far as to set out the applicable considerations, Debbie Ong JC cited Zhou Lijie v Wang Chengxiang [2015] SGHC 316 as a starting point for childless, single-income marriages of moderate length. While the “structured approach” would continue to apply to dual-income marriages going forward, sensible adjustments within the same, taking the factual nuances of each case into consideration, would help achieve a fair result. For instance, a higher weightage might be accorded to direct financial contributions in short dual-income marriages, as in the case of ATE v ATD [2016] SCGA 2, while Debbie Ong JC observed that equality of division might prevail in cases involving long marriages with children, whether they are single- or dual- income. In any regard, the broad-brush approach remains fundamental in guiding the court’s exercise of discretion, and preventing matrimonial disputes from descending into protracted, coldly calculative litigation.

In considering these recent developments, one might recall the rationale for the introduction of the “structured approach” in ANJ v ANK.  In replacing the “uplift methodology”, previously used to recognise the indirect contributions of one spouse, the “structured approach” represented a shift towards, firstly, system and consistency, and secondly, the affirmation of the philosophy of marriage as an equal partnership of different, but equally valuable, efforts.

TNL v TNK and UBM v UBN thus provide a timely and important qualification as to the application of the structured approach, ensuring a just and equitable outcome is not sacrificed at the altar of consistency. While certain areas of the law remain to be addressed – most visibly, the applicable considerations in cases of short single-income marriages - neither does the emerging taxonomy of marriages necessarily herald a return to the wilderness of the uplift methodology. The precedent cases cited in UBM v UBN demonstrate how the “structured approach”, when used together with appropriate internal adjustments and the fundamental broad-brush approach, may achieve outcomes which are both equitable and consistent. What is certain, however, is that in re-evaluating the road to a just and equitable outcome, the developments in this area of the law will continue to be watched with interest. 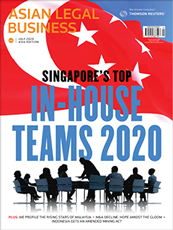