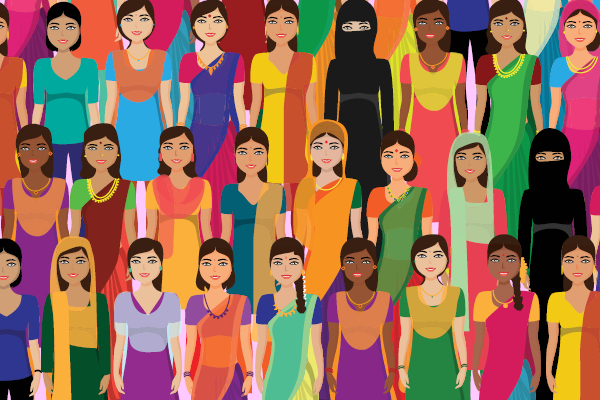 India’s legal industry is seeing a quiet gender revolution, as an increasing number of women move up the ranks in both law firms and in-house legal departments. However, while many gains have been made, there is still much work to be done

Slowly but steadily, women are growing their presence across India’s legal profession. They are overcoming challenges and creating a new and more level playing field that will benefit younger lawyers and future professionals looking to enter the demanding profession.

This is due to a variety of factors. For one, there is the proliferation of international standard educational institutions that started popping up in the late 1990s – while three decades ago, India could boast only the National Law School of India University, now there are nearly 10 top-quality institutions across the breadth of the country. Almost an equal number of men and women graduated from these elite legal universities between 2002 and 2012, according to a report titled Challenges Faced by Indian Women Legal Professionals released in 2012 by Rainmaker India.

These have coincided with the rapid explosion in India’s corporate sector, which began following the liberalisation of the economy in the early 1990s. As companies launched and expanded, the role of the legal department became increasingly important, thus increasing the demand for high-quality legal talent. Both of the above made women realise there were opportunities in corporate law firms and in-house teams, shattering the stereotype of the black-gown-clad advocate appearing in court. Litigation has been a male-dominated arena, but the corporate sector offered an even playing field.

Then, of course, there has been the rise of smaller firms in India either founded by women, or welcoming to women. As reported in these pages earlier, these lack the hierarchy of more established firms, and give women much more of a voice in how the firm operates.

While gains have been made, there is still some way to go before women lawyers are truly on an equal footing with their male counterparts. “The work environment in India is very maledominated, so is the legal industry,” says Vanita Bhargava, a Mumbai-based partner at Khaitan & Co.

In most districts across India, the percentage of female lawyers still ranges between 10 and 30 percent, according to numbers released in 2017 by the Vidhi Center for Legal Policy.

“At present, there are only three women out of 31 judges in the Supreme Court, and only 11 percent of all high court judges are females. I would not say there is active discrimination against women achieving top positions; however, many do face prejudice,” says Bhargava.

This is echoed by Monali Dutta, a New Delhi-based principal at Advaita Legal. “Most of the law firms in India still lack gender diversity. Law firms should accommodate more women employees.”

Archana Khosla, a Mumbai-based founder partner at Vertices Partners, says that it is also harder for entrepreneurial female lawyers who want to be viewed as innovators who come up with new ideas bespoke to the requirements of the clients, “which in today’s day and age is ultra-specific and needs a completed solution-oriented approach.”

“The fact that women lawyers and especially entrepreneurs have the capability to shape the economy by creating new wealth and jobs and inventing new age mechanisms to provide the relevant service be it through artificial intelligence or machine learning based support modules. Although this has been a traditionally male dominated phenomenon, some women lawyers have become successful in cracking the glass ceiling wide open and become fantastic legal entrepreneurs in India,” she says.

Khosla adds that women are no longer viewed as traditional resources confined to the household. “However, despite being educated, knowledgeable and capable of contributing towards transforming economies, women face fundamental challenges trying to establish themselves in this sector. They are constrained by gender values, norms and stereotypes in the environment in which they operate but as they say, the ‘winds of change´ have started blowing and is showcasing a bright morning in the future,” she notes.

Coming from, in many cases, traditional families, women in India juggle a variety of roles: daughter, daughter-inlaw, wife, mother, homemaker, career professional. To be able to have fulfilling home lives as well as careers, women need a certain amount of support, from their employers as well as lawmakers.

However, firms like Khaitan are trying to ease the process. Bhargava says that her law firm has been providing flexible working hours for some time now. Her firm also provided various options to work from home. The firm implemented these policies “to encourage female employees to continue their professions,” she notes.

Dutta of Advaita says her firm also “encourages female lawyers to work flexibly, and some of the women lawyers avail the option of working from home, which should be promoted more.”

Then, once the mother is ready to return to work full-time, she needs effective support in the form of child care facilities. “The government should be involved in building credible day-care centres in which the staff are strictly regulated. While legislation is in place, the ineffective implementation causes huge concerns (for mothers) while their children are left in day-care centres,” says Parveen Mahtani, head of legal at Tata Housing Development Company in Mumbai.

A mother of two children, Mahtani says lawyers like her typically try to make it back home in time for family dinners, while also carrying work back home to finish. They do this to manage perception issues at the workplace, with many people believing that working women lawyers are more likely to leave early.

Other women echo her feelings. “After working late hours, moms rush back home back to do chores and keep their families happy including giving time to the children. The word ‘gender equality’ has remained only a word which is preached and practiced only in large cities like Mumbai and Delhi,” says Reliance General Insurance’s Deepthy Menon, who won the Woman Lawyer of the Year (In-House) at the ALB India Law Awards 2019.

That said, Mahtani feels that being a working mother is actually an asset for companies would do well to benefit from her skills. “In the legal industry, the general perception can be that a woman is not as eloquent and powerful in speech as her male counterpart nor as good a negotiator,” she says. “On the contrary, I think that working moms are more efficient, outspoken, persuasive and better able to prioritise. That’s because working moms no longer sweat the small stuff.”

Women have to deal with more than balancing home and work. Many women face or witness sexual harassment in the workplace. Bhargava of Khaitan says “sexual harassment often happens in the industry. Sometimes, women face it from clients, bosses and the judiciary.”

There have been some positive steps taken by the Indian legislature to address the issue of gender inequality with several laws enacted to curb sexual harassment and support gender equality in the workplace.

For instance, the Companies Act of India states that every publicly listed company has to appoint at least one women director on its board. Another piece of legislation, the Sexual Harassment of Women at Workplace (Prevention, Prohibition and Redressal) Act, 2013, which was amended in 2013, aims to protect more rights of women in the workplace and provides for the rights of all women to work with dignity in a safe environment that is free from sexual harassment.

To help them succeed in the workplace, women lawyers say that apart from employers putting in place sufficient policies to support working women, more public awareness is needed and that families should be more supportive.

“These days, we make young boys understand that they have to pitch in at home as well, and it is not a woman’s job alone. I believe it’s a right step to take,” says Bhargava. “Also, there should be more policies supporting women. When my firm offered me a job after I placed second in the national advocate-onrecord exam, I was expecting my first child and wanted to take a break. My boss gave me sufficient (time) so that I could join the firm.”

Also, a mindset change is necessary. “The changes have to originate in the minds of the people, especially males, who want to be dominant and females who are submissive. There is a long way to go, irrespective of how educated people are ,” says Menon of Reliance General Insurance.

Some law firms provide mentorship programmes to grow their future leaders. Dutta, for example, is part of her company’s mentorship team. She believes it will bring more gender diversity to her junior staff.

“The programme is mandatory. All male and female lawyers join. While mentoring the female junior lawyers, the focus is on creating leaders who can nurture the company to greater heights, and demonstrate to the world at large that the firm is a gender-diverse organisation,” Dutta says.

But generally the feeling is that Indian women lawyers have more opportunities than ever before. “India is being looked as the favourite destination for a multitude of business ventures, be it from the perspective of inbound investments, outbound ventures, initiation of entrepreneurial undertakings, the advent of new age commerce, or the advent of the regulations,” says Khosla at Vertices. “In my view therefore the first key opportunity for women today is the ability to actually become a ‘go-getter’ without having to feel awkward or guilty about it. The acceptance of a woman to be able to be in a meeting with a room full of men and speak and have everyone appreciate their relevant points of view is a huge step forward from the typical male bastion board room approach. Therefore, in my mind, this opens up the world especially for a woman lawyer who also is or wants to be an entrepreneur. The dual hat of being a hunter and gatherer is shining more in a pink hue now than ever before.”

The other key opportunity, says Khosla, is the ability to question without the fear of being shunned. “This is for me is a game changer. Women generally were perceived as aggressive, dominating and bossy where the same behaviour would be perceived as assertive and confident in male counterparts. Societal discrimination earlier would typically dictate that certain businesses or tasks would better be handled by men and women would generally be assumed to be incompetent or less capable of performing such tasks.” And having had the odds stacked against them for so long, women lawyers have developed their own unique strengths, which means that there are no heights they cannot climb. “Because of the challenges a woman faces, she becomes mentally stronger as she learns to fall and get up on her own with a positive mindset. This experience polishes and sharpens her. Through these challenges, she becomes capable and uses her brain at a very high level,” says Menon.

Bhargava has some advice for young women lawyers: They should be strong and remain calm in all situations. “We are strong enough to get over hurdles and move on,” Bhargava says. “To manage time and work smart, we should prioritise tasks, delegate effectively and take guidance from whatever spiritual or guidance support one has to remain calm, avoid guilt and practice gratitude.”